"Filthy genius movie"
This very intense British drama-horror flick proves that budget restrictions can be a catalyst for creativity, and not a handicap - now on Amazon

In this riveting psychological drama, Benny is a film student attempting to make her first film, a horror movie. She is French-born and lives with her mom in London. Fuelled by cocaine, she runs auditions and tries to get funding for her endeavour, while her mother battles her own heroin addiction at home. In Benny Loves Killing, both mother and daughter seem doomed to fail.

Benny Loves Killing was made with a budget of just £4,000 to outstanding results. The film depicts a young woman who wishes to make a horror film without realising that her existence is nothing short of horrific. People warn her of her predicament more than once, noting that horror has “nothing beautiful to add to life”, and that “the eye of the [horror] filmmaker is very dirty”. Yet, Benny’s search for horror is strangely touching and beautiful.

Woodiwiss skilfully crafted an elegant and distinguished tale about passion for cinema. The acting is superb, the energetic camerawork and the sound engineering give the film an unrelenting and spellbinding pace. The constant jump cuts and shaky handheld camera are reminiscent of Breathless (Jean-Luc Godard, 1960), albeit less radical and pronounced. Unlike the French master, Woodiwiss does not want to alienate the viewer; he wants to imprison them instead. 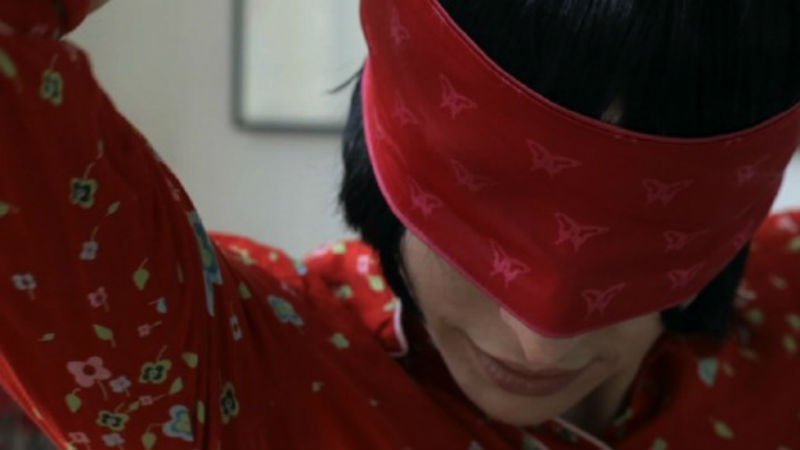 In some ways, Benny is a sad and dysfunctional version of Marnie, the lead character in the eponymous suspense film by Hitchcock. Just like in the 1964 movie, Woodiwiss’s anti-heroine is constantly changing her hair and trying to disguise herself, if for very different reasons. Both women are engaging in mischievous business, but Benny often lacks guile and falters. She is human and fallible, unlike Hitchcock’s femmes fatales.

At the end of the movie, Benny seems to find redemption in a place that has become iconic within the suspense and horror genres, and which she attempted to incorporate in her own movie: the shower. It is ironic that Benny encountered her fate and faced her own demons precisely in the same place as Marion Crane.

DMovies asked Woodiwiss a few questions about the creative process for his movie, and he explained how his low-budget was rather liberating.

DM – Did the low budget constrain or liberate the creative process?

Ben Woodiwiss – Personally, I found it very much a liberating experience. The kind of film I was looking to achieve relied on a close-knit group, with everyone working to their best abilities, and having time to explore moments thoughtfully and creatively. And that’s exactly what we had. Everyone who was either in front of or behind the camera was there because they wanted to create something unique, not merely because they were being paid to be there, and I think that dedication is very much present in the finished film. 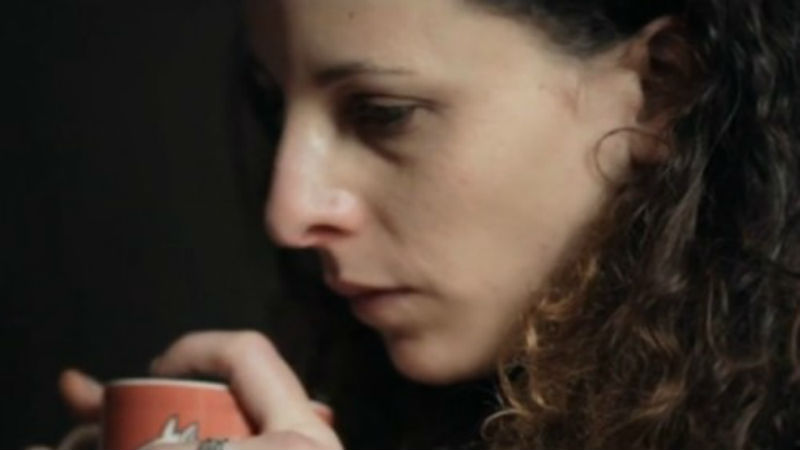 DM – What would you recommend aspiring filmmakers do in order to achieve artistic freedom, if they have a low budget?

BW – I often see low budget films which are aping the stylistics of higher budget material, and I don’t believe that’s a good way to go. It ends up highlighting your budgetary restrictions. Instead I would rather that low budget filmmakers work with the constraints, rather than pretend they’re not there. One thing that a low budget offers you is the opportunity to create your own world: one which follows different cinematic rules, rules that you set out yourself. Doing this can encourage a rethink of how we cover a scene, and how a film is assembled. And that idea of going back to the drawing board is one that I would encourage low budget filmmakers to pursue.

DM – What are your upcoming projects?

BW – It’s all a lot of writing for me at the moment. I’ve completed two feature scripts to work on with Look/Think Films, and am now on a third. You can never have too many options of what to follow next. I’m also working on freelance feature scripts for other creatives (a writer and a filmmaker). I’m also working on an LGBT web series for an independent producer, and a sci-fi series for a production company called The Boto House. The sci-fi series is offering a lot of really interesting possibilities. It’s something where I’ve been encouraged to go under the skin of the scripts, and to create something both very contemporary, and also timelessly spiritual. I’m very excited about seeing that come to the screen.

So, where’s the film?

The film is available to buy and rent digitally on Amazon, and it’s Amazon Prime members can view it for free. Click here for more information.