"Dirty gem"
The moving picture that doesn't move: superb Estonian film uses innovative tableaux vivants technique in order to portray the Stalin's forced removal of 40,000 Estonians to Siberia in 1941 - available now as part of the Walk this Way collection

Get prepared to watch a film like no other. But before you do it, make sure the lights are off and you won’t get interrupted throughout this experience. Also ensure your mind isn’t anywhere else. This is as close as you will get to hypnotic cinema. And like any hypnosis, In the Crosswind must not be disrupted halfway throughout, otherwise it won’t work properly.

This Estonian film is based on the letters of Estonian mother and wife Erna (played here by Laura Peterson), and her predicament in a labour camp in Siberia. Stalin forcibly removed Erna and her daughter from their homeland on June 14th 1941, thereby separating them from their husband/father. More than 40,000 people in the small Baltic nation had a very similar fate, the film elucidates. 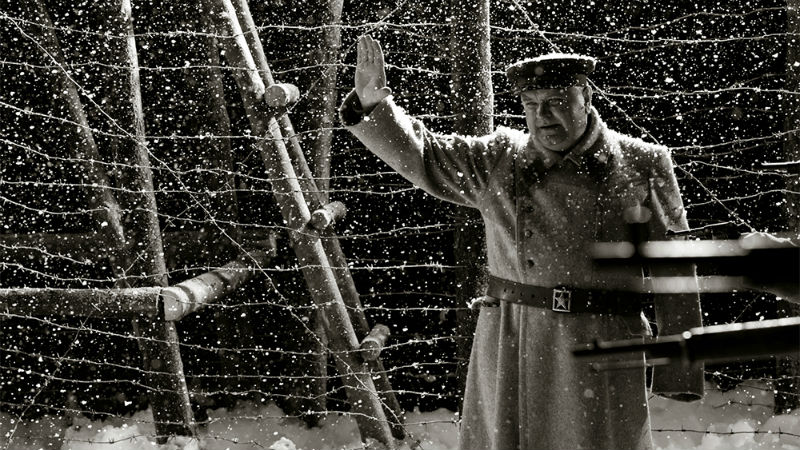 Martti Helde’s first film is magnificently audacious and innovative. It’s entirely shot in black and white, and there is no dialogue. And the big chunk in the middle – the forced exile in Siberia – uses the tableaux vivants tecnique. Actors stand still as if frozen in time. Some sort of Pompeii except people are neither dead nor covered in ashes. The only movement comes from a gush of wind gently combing a woman’s hair or shaking the occasional branch. More than 400 actors congeal their body language and facial expressions while the camera waltzes around them. It’s as if people refused to live when they were in exile. This is mere survival, this is not living.

The sounds, however, are not still. You can hear bones crushing, a distant thumping, some subtle, rattling the wind howling, a faint mumbling in both Estonian and Russian and even a little music. The outcome is stern, silent, eerie and even funereal, and the message of “frozen despair” is profoundly moving. It reminded me of the statue with a still beating heart at the Marcel Carné’s Les Visiteur du Soir (1942). Both represent a people frozen in time and yet not dead. The stillness is also reminiscent of Tarkosvky’s Ivan’s Childhood (1962) and Stalker (1979; incidentally also filmed in Estonia). 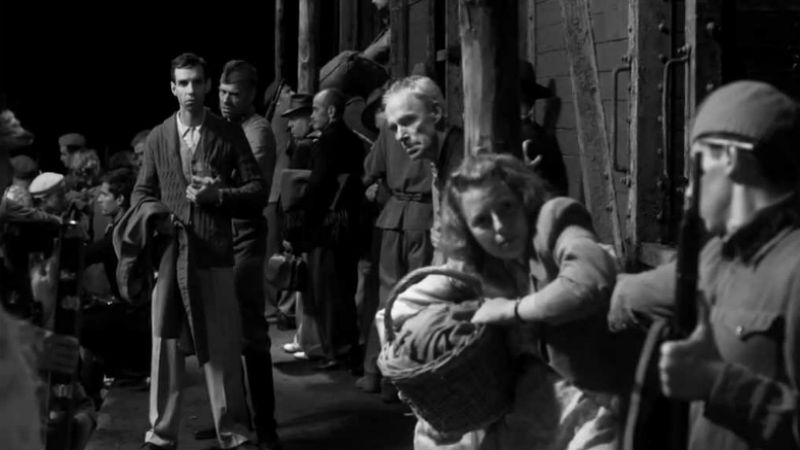 The film is also a very deft and lyrical reminder of the irreversibility of history, and of our inability to freeze time in real life. Plus a superb tribute to a people who experienced horrific oppression. Erna’s husband was a victim of genocide, and she only found out about the tragic outcome in the 1990s, after the Soviet Union collapsed. My only criticism of the movie is that the titles providing background information are hardly readable, and the story is a sometimes a little difficult to follow, even if you pay very close attention. Audiences might need to familiarise themselves with the topic before watching the film. Which you have now done by reading this review.

In the Crosswind in now available for purchase as part of the Walk This Way Collection.