"Greasy movie"
A nightmare lasting 70 years: Holocaust survivors remember the chilling details of their predicament more than seven decades after it came to an end - in brand new doc out in cinemas

Time doesn’t always heal, particularly when the wound is way too profound. The inability to forget sometimes prevails in one’s life. And the inability to express their suffering can haunt and torture the victims until the end of their days, however long they live. Thankfully cinema is here in order to speak up for people. And that’s precisely what Destination Unknown does: it gives voice to Holocaust survivors still alive seven decades later after their ordeal came to an end.

The film by Claire Ferguson, who is no stranger to the subject of mass murder (she edited Nick Broomsfield’s 2003 doc Aileen: Life and Death of a Serial Killer), is a remarkable and intimate portrait of the few who dodged almost-certain death under the Nazi regime and lived to tell their story at old age. Some made it it by working for Oskar Schindler, others in hiding and a few defied all odds and survived the horrors inside the concentration camps. To this day, they still have nightmares that they are drowning or walking on corpses. 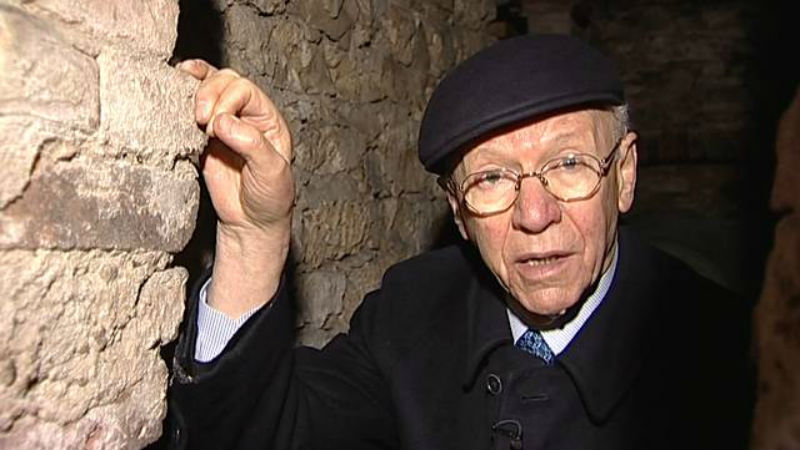 The coloured talking heads testimonies are contrasted against black and white footage from the war (particularly from the Soviet Liberation Army), as well as images of these people visiting the places of horror at present time (including the camps of Plaszów and Auschwitz). The colour of the latter is very faint, lifeless and dull, as if the filmmaker wanted to remind us that these places are no longer functional, and they can no longer kill people. The colour red is nowhere to be seen now. Nor is blood. Nor is death.

The movie also investigates the immense altruism of German industrialist Oskar Schindler as well as the extreme sadism of Commandant Amon Goeth. While the factory-owner spent all of his fortune saving his Jewish workers, the military officer entertained himself by shooting Jews with his rifle from his balcony. He even smile at his own trial after the War. The survivors speak of both the absurd monstrosity (which Hannah Arendt famously described as “the banality of evil”) and the sheer humanity that they encountered along their way, particularly in the figure of these two very different men, both members of the Nazi Party.

Destination Unknown is out in cinemas across the UK on Friday, June 16th.

Click here for our review of Vita Activa: The Spirit of Hannah Arendt (Ada Ushpitz), one of our Top 10 Dirtiest films of 2016.