"Dirty gem"
Superficially based on the building of the Eiffel Tower, this dirty gem of a French movie is more interested in the love story that led to this almost herculean of endeavours - in cinemas Friday, August 12th

With Eiffel, the French contingent finally has an opportunity to present their version of events that led to the construction of its most famous and enduring monument, and the finished result is a lavish, albeit lightweight, portrait of a country undergoing great social and philosophical change. The film centres on Gustave Eiffel (played by L’Auberge Espagnole hearthrob Romain Duris), who entertains his delusions of grandeur through a series of probing setpieces, culminating in the establishment of his grand citadel, where lovers and liars meet beneath the industrial sky. He was the architect behind the most impressive tower in Paris, and duly named the installation after himself. It still stands to this day!

At no point does the film pretend to be of historical significance, but if you can throw yourself into the romantic milieu a la Titanic (James Cameron, 1997), you’ll find this a pleasing, even superior, romance. It doesn’t hurt that the film features Emma Mackey, who wades in and out of the proceedings, willowy in her appearance, providing industrious architect with a muse from which to carve his ambitions. Anyone hoping for something artier would be better off watching another project in Duris’ metier, but I was surprised by how charming the film was, and the love story – as it is a love story – feels deeply convincing and genuinely moving in its presentation. The film’s strongest moment comes seventy six minutes into the feature, as the two lie on each other, as they watch the leaves, the horses and the world pass them by. 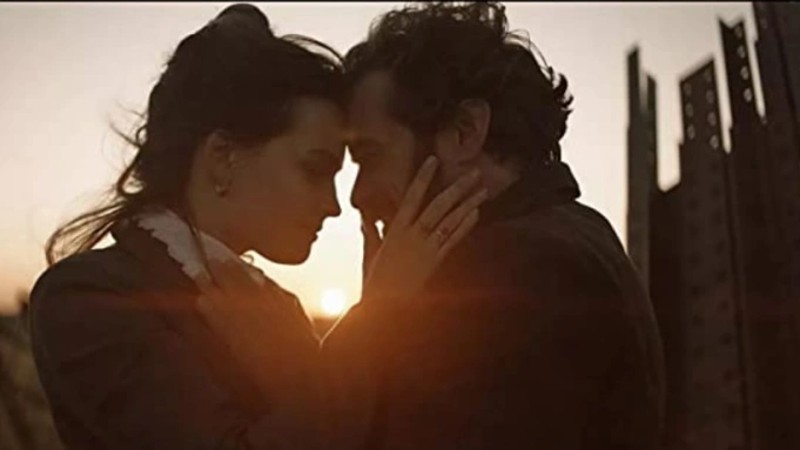 In this moment and elsewhere, director Martin Bourboulon conjures a film that highlights the little moments and sweet nothings that makes our lives more meaningful, capturing a love at its most natural and holistic. The focus at all times is on the two central leads, although the film demonstrates the social and political change the country was undergoing throughout the 19th century, in a society that was shifting from the cabalistic to the manufacturing.

The two leads are naturally handsome, which is fitting, because at the heart of the film is a commitment to beauty, in a world that is as bucolic as it is metropolitan. Somewhere between these strands, the film projects the humans on the screen, tailoring the camera to the whims and woes of their personal journey. And like the characters who aim for the stars, the characters come close to landing their dreams.

Eiffel is in cinemas on Friday, August 12th.