"Dirty gem"
Julia Ducournau weld herself into pole position of her own grimy body horror genre, with yet another arthouse, stomach-churning masterpiece - Cannes's big winner is out now on all major platforms

Well then. Come prepared with a cast-iron stomach as Titane can veer into tough watch territory at any moment. Blood, sweat and tears and oil lubricate scenes of murder, gore, body dysmorphia and psychoerotica throughout. It is somewhat relieving when the brakes are applied and the violent staccato of the first act twists into a strangely heartwarming, filial odd couple fantasy that has to be experienced firsthand.

As a child, Alexia is subject to a car accident due to driving errors from her negligent (abusive?) father. Emergency surgery leaves her with a visible disfigurement, extensive titanium reinforcements under the hood and an unhealthy affinity for all things metallic. We next see her as androgynous adult (starkly impressive Agathe Rousselle), enjoying minor celebrity as a sexy dancer in the seedy, underground world of hotrod car shows in southern France. Just go with it. Scars both physical and emotional entrap Alexia into addictive pattern behaviours that spiral out of control, forcing a change of scenery and identity.

For a film with a body count, there is surprisingly little dwelling on root cause trauma and the why of things. The focus is instead on the healing process and the catharsis of finally having someone who understands how to interact with you on your own damaged level. This is catalysed by the introduction of beefy, sad, surrogate dad Vincent (Vincent Lindon), who struggles with his own past failings as commandant of a local fire brigade. Vincent brings Alexia into his home and uses extreme patience and compassion to temper the temper of brittle Alexia. 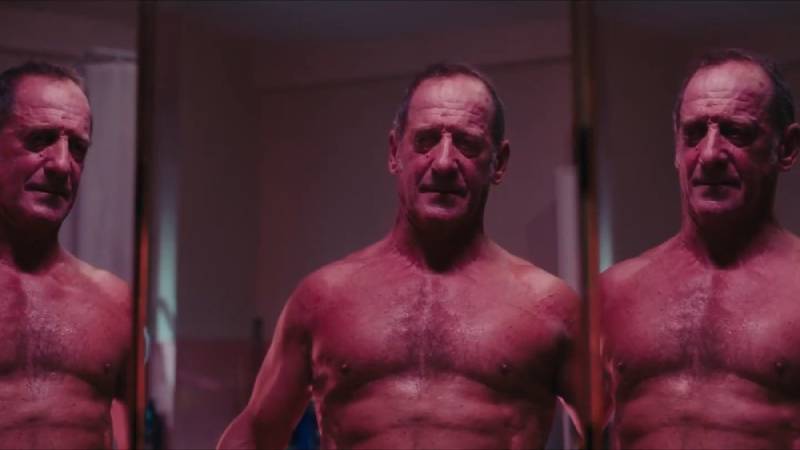 Here, these mirrored protagonists are used to illustrate the central theses of the film: Freudian psychodynamics of trauma imprinting and repeating; shortcomings of binary genderization; the isolation from transhuman augmentation along either chemical or mechanical avenues. I do wonder if there is a singularly French predilection for identity fraud à la 2012’s The Imposter (Bart Layton), one of the more entertaining pieces out of a strong decade for filmic documentaries.

There is considerable interest around the film, having been awarded the Palme d’Or at the 2021 edition of the Cannes Film Festival. It is only the second feature film from director Julia Ducournau, following her acclaimed 2016 debut Raw and some television work along similar lines. With Titane, Ducournau is clearly welding herself into the pole position of her own grimy body horror genre. Some of the schlockier elements evoke Jim Hosking’s The Greasy Strangler (2016), but with more arthouse sensibility and less popcorn-chucking daftness. Titane is a more powerful alloy forged from Almodóvar masterpiece The Skin I Live In (2011) and some of Stephen King’s worse short stories, where hand-operated mangles and trucks come to life. Rare musical cues are bangers and show the oddly sweet preference of a fire brigade to celebrate their jobs well done by dancing together in pastel-lit rooms.

The end product is more startling than perfect, with some plot and thematic elements not quite cohering. Indeed, the ending could have gone more all out weird as the rest of the piece demands, instead showing some late game restraint. Ultimately, the film is much more profound and interesting than ‘Raw’, whilst retaining the viscerality of the newly minted Ducournau experience. Here’s to the next cinematic brainchild of this emerging althorror master.