What was intended to be an ostentatious celebration soon turns into a bloodbath. Twenty-five-year-old, pretty and Nordic-looking Marianne (Naian González Norvind) is getting married to the handsome, Italian-looking Alan (Dario Yasbek Bernal). Both families and their rich friends have united at her family’s spectacular dwelling, somewhere in Mexico City. Everyone is dressed to kill, and food and drink are abundant at the extravagant party. Until their conspiring employees open the house gates to trigger-happy, ruthless rioters.

Marianne, who has left her own wedding in order to help a former employee in need – is eventually kidnapped. She is kept in a large warehouse alongside other men and women. They are constantly subjected to torture and rape. The rebels demand a very large ransom from their well-off families. But paying in the money is no guarantee of survival. Marianne’s kind and generous personality also seems to be of little value in this horrific environment. So how is she to survive this horrific ordeal?

This is no Marxist revolution. The rebels are profoundly consumerist, wide-eyed with greed, as they steal the expensive electronics, jewels and other valuables from their hapless victims. They take enormous pleasure in vandalising the property. They are not concerned about equality. Instead they work in cahoots with local authorities and other groups. Their allegiance is as fragile as the champagne glasses at the wedding party. Nihilism and factionalism prevail. There is no concern for social justice. They are prepared to betray and to kill their associates without hesitation. They just want money. As much money as possible. 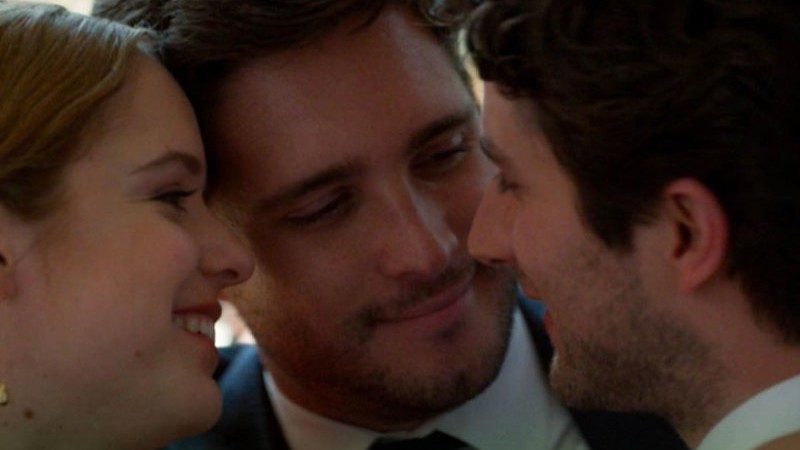 This is, however, a class revolution. The impoverished have risen against the wealthy who have subtly oppressed them their entire lives. Class is defined by race. Virtually all rebels have indigenous features, in stark contrast to the European looks at the wedding party. The legacy of European colonialism and centuries of stark class divide are clear for everyone to see.

Mexico has one of the highest murder rates in the world, and gang violence is widespread. These groups are recognised for their ultra-violent tactics, some of which (such as burning the victims) are depicted here. This French-Mexican production, however, goes one step further. It imagines that these gangs have taken control of the streets, of the system, in an apparent institutionalisation of their activities. This shocking new order is Mexico’s worst nightmare come true.

Michel Franco’s sixth feature film, however, is not without shortcomings. The script is a little clumsy and the performances lukewarm. Some of the subplots are cumbersome, even redundant. The former employee demanding money from the family serves no real purpose to the narrative. Marianne unflinching generosity – leaving her own wedding in order to help a former employee who she hadn’t seen in eight years – is hardly palpable. This is a film to be enjoyed for its nihilism, not its coherence.

New Order premiered at the 77th Venice International Film Festival, when this piece was originally written. It wasn’t the only movie featuring abundant and gratuitous violence in Competition at the event. It won the Silver Lion. It shows in October as part of the BFI London Film Festival.