We spoke to Tilman Singer and Simon Waskow, the helmer and the music composer of Luz, one of the most terrifying flicks you will see this year

Filmmaker Tilman Singer’s debut feature Luz (2020) centres on a young cab driver, the titular character of the plot played by Luana Velis, who enters a police station and is followed in by a dark entity. The word drama is most apt to describe the film because it’s far removed from cinema as a narrative form. Coupled with an unbridled concern over bastardising religious prayer, Luz possesses a bolshie attitude that will lead to a divisive response – angering some, frustrating others, while also delighting.

In conversation with DMovies, Singer and the composer of the film’s terrifying score Simon Waskow, spoke about a lack of control and an effortless approach to ideas, understanding the reason for the music in a film, and combining classical and art cinema.

Paul Risker – What compelled you to believe in this film and to tell this story at this particular point in time?

Tilman Singer – I thought about this for a long time, and quite extensively. Studying in art school you weren’t completely free, but you did have to do three self organised projects, and one of those was your final project. For this thesis project you want to do the thing that will have the most impact, which grew into our film Luz.

Those projects are the milestones of your studies, and you think about what is going to be the next big thing for you to explore? It’s stressful to constantly be occupied with the thought that it has to be the best thing possible, that it has to be a masterpiece. Every student thinks that and then at some point you get so frustrated, that you just let go and think, “Okay, just be happy with whatever comes to mind. If it’s an intriguing thought, just go with it and explore.” So it’s much more like a scientist that has no choice but to explore. It’s less, “I’m going to make or invent this thing”, and more that there is an idea you follow, to see what it brings.

In moviemaking there’s a long starvation period from finishing your script to then producing it. Although you have an on off relationship where you shelve it for a little while, during that time you have to believe in it and you have to be enthusiastic about it. Through all of this you have to file it under, “I think it’s a good enough idea.” I train myself to do that, to not think too much about whether it’s the next masterpiece, but just trust myself that the enthusiasm I felt when I came up with it means it’s okay, and to just go with the flow.

Simon Waskow – Right now I’m moving towards finishing my PhD in philosophy, and one thing your question reminded me of was something I recently read about the great German sociologist Niklas Luhmann, who was insanely productive. He mentioned that he would write or publish 500 pages a year. After he had already published 10 books and a 100 papers, he said that was the first actual valid idea he’d put out, and the rest of it before was just producing. This is a little of what Tilman said about downplaying having to come up with a great idea.

If you want to look at it from another angle, then this is actually a technique to reduce writers block – before you even start writing to qualify it as just the act of writing, and not planning it for publishing. This is important, and I also find the music most of the time when I want to go for something, things don’t happen because I’m fixated on some idea that I want to achieve. But then when things actually happen, a lot of the time it’s when you’re not going for anything in particular, you’re just doing. 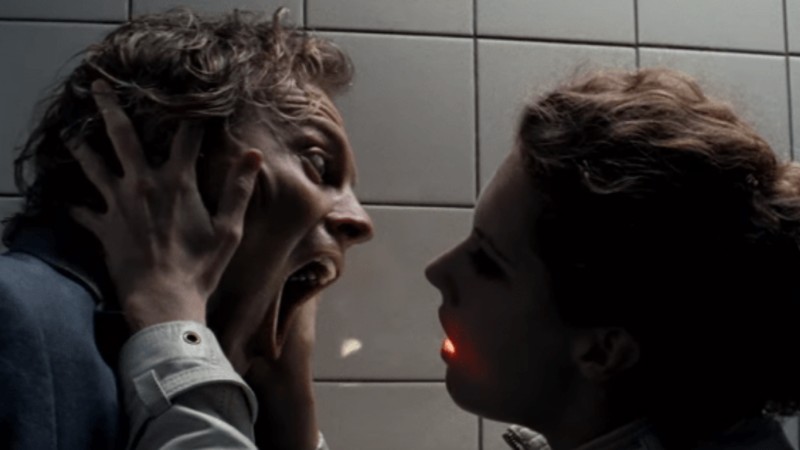 TS – I agree that it never works out if you force yourself – it’s almost that you’re not really in control. There are a lot of decisions you can make along the way, but you’re not in control. When I’ve concrete ideas of what a piece of music should be, that is when we had the most problems producing it. You’ll have this semi-realistic idea of something that needs to be, which might not be coming organically from you as a composer, and so it’s more difficult to work it out.

PR – Music is an integral part of any film, and it would be neglectful to not ask about the dynamic of your collaborative relationship.

SW – We’ve known each other for a long time and we’ve also made music together. The first time that we met was writing a song in my parents’ attic. If you’ve known someone for a long time, you’ll have worked out things that the other person will get, and so we have a vocabulary, but then also a technical one that’s probably not universal, and not every director will be well versed in the details of music production. When Tilman and I talk about music, it’s not like he says, “I want something that’s moving.” It’ll be more, “Turn the cue up there…” – it’s very specific.

We started exchanging a lot of very rough ideas early on and so I didn’t lose the centrepiece of the score – this long track with the drums. It’s one centre of the score, and at the start it was just me banging my index fingers on the table. It took about half an hour to create that and when I sent it to Tilman we went from there, and we both knew that we had something.

I spent a lot of time in the sound mix, putting everything together and fine tuning the different layers of the whole sound mix. This is very important because I find it a little sad when some movies have a good score, but the score doesn’t seem to have access to the movie. There’ll be a point in the movie when someone felt they needed something a little more emotional, so they add a source track and it becomes incoherent. The composer doesn’t always have entire control over what the music does in the film, and so it’s important that you have trust from both ends, and that you work together – not just in writing interesting music, but also knowing what it actually does.

TS – I agree, and I want to add that sometimes you use music like demos, and before we shoot there’ll sometimes be music. I like to edit, or I used to, but I’m not going to anymore because it takes too much time. I like to edit with Simon’s demo tracks and sometimes there were scenes that were perfect, and he didn’t have to do much more, or there were times when his demo tracks became temp tracks, and so it was a nice back and forth. 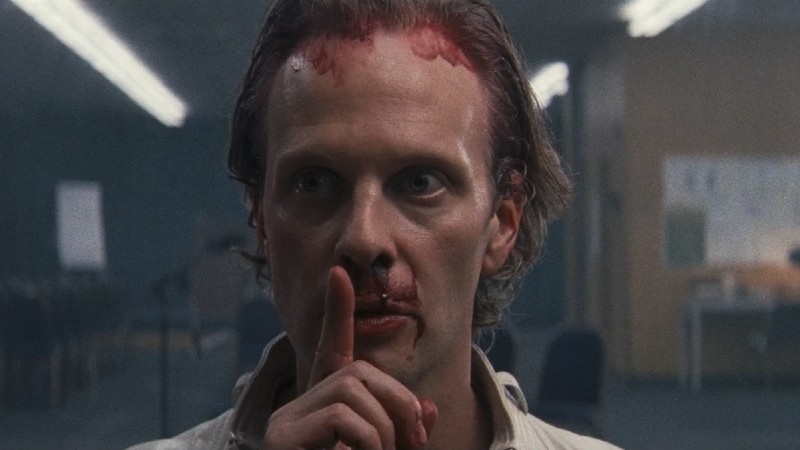 PR – Is the plot a means of setting the stage for the Luz’s aesthetic that leans towards film as art, as opposed to a narrative form?

TS – First of all I agree, and lets call it the motivation to make a film. The two can mix and a film can be both – one direction or the other is valid. What you have to take into account is, and this sounds a little neoliberal, but what audience are you talking to? I always think about that and even in art school I did because it’s a valid point. You think about where the piece will be and who will get access to it. And with Luz, the narrative was not as important to me because back then I felt that this had to be practical.

I wasn’t thinking, ‘This has to be a masterpiece’ anymore because I was happy with whatever happened. But I thought, “Okay, how can we even make a long story like this that is roughly feature film length?” I wanted to tell a longer story and then it becomes economical decisions: “This has to be a chamber play, with everything in one space because we don’t have the budget for logistics between a couple of sets.”

I don’t know if it’s engineering or reverse engineering from thereon, or both, but you just engineer the story. With Luz we went inwards instead of telling a more narrative or classical approach of characters changing and interacting. And it’s all a farce what’s actually happening in the film.

PR – Is this an approach to filmmaking that you plan to continue?

TS – The next movie we’re working on is more of a straight story. There’s character development and I’m trying to implement the virtues we learned from Luz on how to tell a story with all the cinematic tools that you have, yet still tell this very approachable classical story that I hope a lot of people can hook onto. What I’m basically trying to do is to make a mix of what you call a piece of art and a narrative piece because quite frankly, I want this movie to sell; I want a lot of eyes on this movie.

I find it interesting when filmmakers, often later in their careers approach very different narrative forms. I like it when you’re watching a film and suddenly there’s a cut and it’s a different movie, and as an audience you just have to watch that movie. When I read a book and that happens, I think, ‘Why does that never happen in movies?’ But of course, movies are so much of a fixed product: What sells in the cinema, what you can do a trailer for, and what you can write an article on? It’s this very fixed form that I still think you can play around with, but it’s just that very few people do that and make it truly engaging.

I’m sure you watch movies sometimes with the most basic storylines, fun character arcs, and it’s characters changing for the better, and it’s still a fantastic and effective, beautiful and artful movie. Right now I don’t know where I land on this, and it’s just so early in our so-called career that I’m excited to do everything.

Singer and Waskow are pictured at the top of this article, snapped by Miriam Gossing; the other images in this interview are stills from ‘Luz’