When a gestation goes terribly awry…

We interviewed Isabél Zuaa, the star of Brazilian twisted motherhood gem Good Manners, and talked about becoming immersed in fear and fantasy, working with an automated baby, fashion, immigration and much more - in a partnership with the new magazine DOESN'T EXIST

The Brazilian horror-fantasy movie Good Manners (Marco Dutra and Juliana Rojas) was launched in 2018, and it has now been made available on Amazon Prime. It follows two females, the increasingly pregnant Ana (Marjorie Estiano; pictured above to right) and her maid Clara (Isabél Zuaa; pictured left). They develop a romantic bond and a strange sexual attraction, but their lives are changed when Ana unexpectedly gives birth in one night of full moon.

We interviewed Isabél in order to find out more about her experience as a woman, an actor, a mother and an immigrant. Scroll down and find out her dirty secrets. And don’t forget to check our partnership with the magazine Doesn’t Exist, which originated this content, and to watch Good Manners (which is now available on VoD).

DMovies – Please tell us about the casting process for Good Manners. How did you get to Clara, your character in the film?

Isabél Zuaa – Well, the casting process was quite normal. I saw an ad on the internet, looking for an actress with more of less my profile, so I sent in my actress portfolio. At the time I was living in Rio de Janeiro and I was asked to do the first test in Sao Paulo, and it went very well. It exceeded all expectations.

DM – It is possible to look at Good Manners from different angles. A drama about the abysmal gap between social classes in Brazil. A fable about the gestation period and early childhood of a unique boy, out of a fairy tale. Or even a horror story about motherhood. What is your take on the script?

IZ – I look at the film from all of these angles and other layers as well. At first, there is the stark topic of the social divide between the two characters in the first part of the film – with the addition of racial issues. As the story progresses, the loneliness of each of those two women, the curiosity, suspense, motherhood, the special child, the music: everything develops and comes together. 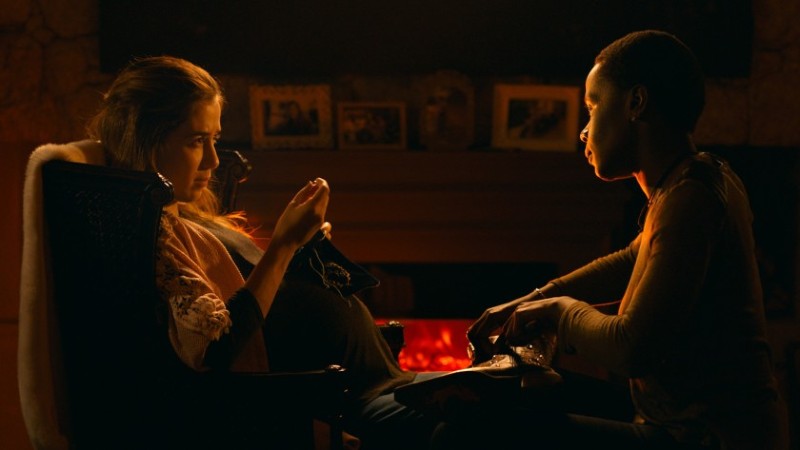 IZ – Yes, the fact that babies with ultra-special needs, in all of their sensitivity and fragility, are conceived in special nights. And these children are born in a “strange” way and change the lives of their caregivers in such a violent way – I think this is something present in all of these stories. I believe that those films were mentioned at some point or another, along the making of Good Manners, but the one that was really underlined as a reference was Polanski’s Rosemary’s Baby.

DM – Your character is always clearheaded and serene, even when facing complex and terrifying situations. Are you like that in real life?

IZ – [laughs] I see Clara, my character, as quite restrained in some situations, but what pleases me the most are the contradiction inside of her. That makes her a lot more true-to-life. In my real life, I go through times that are more serene than others: it depends a lot on the circumstances. Maybe I’m looking for this balance between lucidity and serenity.

DM – What is your favourite technique to develop a character? Specifically for this film, was there a lot of research? Because the character is immersed in a lot of fantasy…

IZ – My process is quite intuitive: in every new project, I try to understand what the needs of each character are. As much as possible, I try to dive into the universe that surrounds the character.

I don’t always know “everything” about the characters by the time the cameras start rolling but, lately, I have been interested in the (astrological) star sign of the characters, to help me know the “temperature” and the “action verbs”. Clara is a Sagittarius.

DM – The characters’ performances are naturalistic: was this specifically designed by the directors to be a counterpoint to the dreamlike visual that the film portrays or was it something that happened organically?

IZ – If I remember correctly, it was all natural. The premise was undoubtedly to believe in that universe and to try and be as true as possible in our emotions. At some of the times, acting in an intuitive way, some other times more practically and mathematically. It always depended on the atmosphere of the scene. 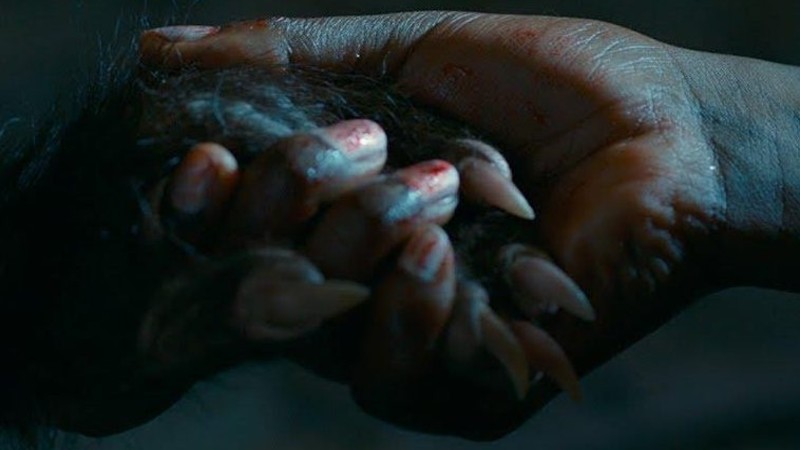 DM – There is an atmosphere of sexual tension pervading the apartment in which Ana lives and where your character Clara works. How did you handle the topic of homosexuality?

IZ – It was all very natural. In the development of my character, she had already experienced relationships with other women. At first, she had no intention of mixing the professional relationship with the personal one, but the proximity and the tension in the apartment made it inevitable.

DM – How was the experience of working with an automated baby (who moved his face, opened and closed his eyes like a doll)?

DM – What was it like working with costume designer Kiki Orona? Did you have any say on what your character wears in the film?

IZ – Working with Kiki was great! She is amazing and has this great vibe about her, as well as her assistants. An incredible team. She managed to be faithful to Clara’s background. She did a fantastic job with the film’s colour palette: as beautiful as an orchestra. And she was in tune with the film directors, art direction and director of photography.

DM – You were born in Portugal, but you have done a lot of work in Brazil. Do you feel like a foreigner when you are in Brazil?

IZ – I was born in Lisbon and I am the daughter of emigrants. My mother is from Angola and my father is from Guinea-Bissau: so I grew up with different cultures at home. I am fairly adaptable to places and I love travelling, and Brazil has become my second home. I love Brazil and I am fortunate to feel welcomed.

DM – What are your next projects?

IZ – In Portugal, I will be in a theatre play named Dinheiro [Money] with the Mala Voadora company, which was founded by Jorge Andrade and José Capela. In Brazil, I am in the film O Novelo (Cláudia Pinheiro, in post-production). Also, I am in the film Prisioneiro da Liberdade (De Jefferson, 2019), where I have the honour of being Luiza Mahin, mother of the abolitionist Luiz Gama. I am very happy and grateful with these challenges.

This content was produced in partnership with the magazine Doesn’t Exist. Just click here for more information, and to order your print edition right now!

You can watch Good Manners on Amazon Prime (all stills in this interview were taken from the film).

Oh mother, mother what have you done???

The motherly figure is intended to provide shelter, love and protection. What happens when it all goes awry and instead mum spreads hate, fear and even death? These 15 films paint a very different picture of failed motherhood and dysfunctional females - in partnership with DOESN'T EXIST magazine [Read More...]