A deep-dive into Austrian Cinema

Our journalist Ben Flanagan attends the Picturing Austrian Cinema symposium organised by the University of Cambridge since 2014; the event - which was also attended by no less than Michael Haneke - challenges preconceptions, unearths dirty gems and reveals the hidden facets of a cinema little known to many Brits

Away from the punting and tourists that characterise the surroundings of Cambridge, within the Gothic Revivalist buildings of Queens College, a cabal of academics spent the last weekend sharing, debating, and interrogating the 112 years of Austrian cinema.

The Picturing Austrian Cinema symposium has been taking place bi-annually since 2014. Founded by University of Cambridge’s Dr Frederick Baker, prominent filmmaker, journalist, and academic, along with co-convener Dr. Annie Ring (Lecturer in the School of European Languages, Culture and Society at University College London), they have pieced together a programme that covers a breadth of cinema concerns, and assembled a team of speakers with the rigour and expertise to really burrow into what constitutes Austrian cinema.

While most academic conferences can seem like closed off, exclusive affairs, Picturing Austrian Cinema takes pains to allow alternate entry points into film. This means that the floor is open to speakers beyond academia: practitioners, directors, and your humble film critic – they all share ideas, creating a sense of an Austrian canon beyond the accepted wisdom. I’m now desperate to seek out Die Migrantigen (Riahi, 2017; pictured below), for example, a commercial satire on hipsterdom that is yet to find a UK release. This all makes the event more inclusive, and holds it back from the quagmire of heavy theory which might detract from the question at hand, ‘What is the essence of Austrian cinema?’ 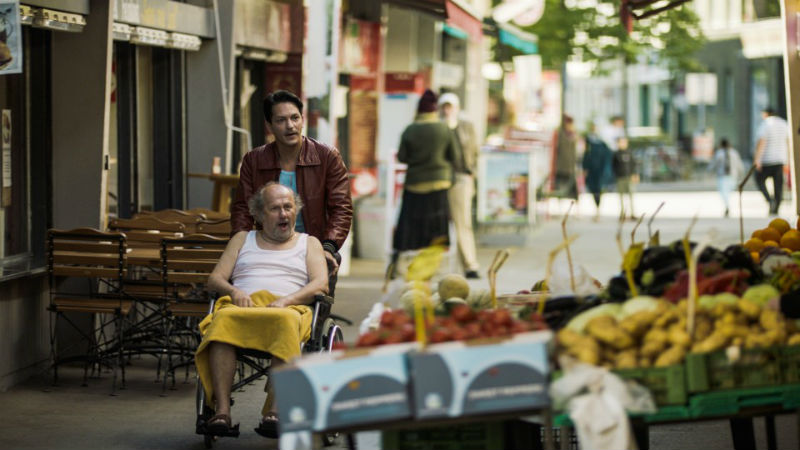 Dr. Baker’s and Dr Ring’s method of asking participants to bring a single film frame to speak on for 12-15 minutes is intriguing. It whittles away the waffle and forces the speaker to concentrate on one specific moment of a film that the audience can zone in on. The most successful speakers exploit this, while some others give a more general talk on their chosen film. For a novice such as myself (Haneke obsession and a love of exiled Classic Hollywood auteurs aside), the single frame format enables a real injection of information, nurturing an environment of intense debate. You can hardly blame the crowd for a few in-jokes told in Austrian German. The panels include ‘Dreams and Walls’, which looks at theatricality, including topics like how costuming can depersonalise characters just as they teach us about the time and place (Dr. Rachel Palfreyman, University of Nottingham).

Another panel, ‘Contemporary and Future’, enters into ethical concerns about futurism through two films by Ulrich Seidl, and other contemporary Science Fiction such as Ruth Mader’s Life Guidance (2017, pictured below). A significant part of the event is the Austrian Film Institute Essay Prize, presented by Michael Haneke himself, won this year by Raphael Dernbach, whose essay on Homosapiens (Geyrhalter, 2017) is remarkable. Homosapiens is a chilling, ephemeral documentary-cum-Science Fiction film that imagines a world without humans. His essay cunningly places the film’s ‘anticipatory realism’ within an Austrian canon of detachment, alienation, and inherited trauma. Other panels include The Third Reich And Its Legacy, and Avant-garde.

The Heimatfilm of the 1950s is the tradition to which the speakers keep on returning. This was a welcome surprise – I had expected all the talk to focus on the ‘Feel-bad cinema’ schema assigned to Austrian cinema by American critics only familiar with the work of Haneke and Seidl. But the Austrian cinema contains multitudes. 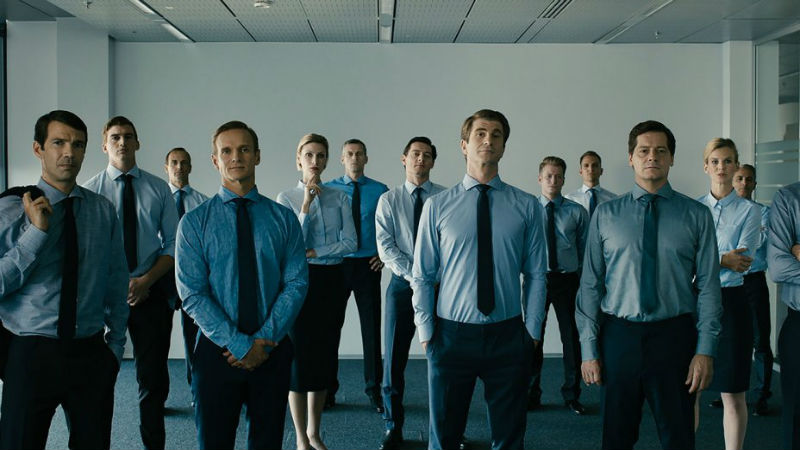 On the Michael Haneke panel, papers include The Topography of the Apartment in Haneke’s Amour (2012, pictured at the top of tjhis article) by Dr. John David Rhodes, and The Uneasy Depiction of Race in Code Unknown (2001) by Dr. Leila Mukhida, both from the University of Cambridge. These speakers cover entirely different sides of a filmmaker who is often reduced to a single view of alienation, but placing these different viewpoints side by side allows for new ways of seeing the director. I talked on this panel about seeing and violence in Fritz Lang’s You Only Live Once (1937), offering a link between Haneke and film history. Haneke himself made a rare Q&A appearance after a screening of his divisive Happy End (2016). He was in fine, fiery spirit, which I’ll go into more detail on in another article.

Because it’s not just Haneke. Christiana Perschon presents an early cut of her funny, heartfelt new feature, Sie Ist Der Andere Blick (She is The Other Gaze, 2018), which gets to the heart of some of the topics discussed over the weekend through interviews with five women artists, and will premiere at The Viennale this October. Later, Dr. Claus Philipp presented behind the scenes footage from Die Kinder der Toten (The Children of the Dead), a zany, folkloric Horror shot on 8mm, based on the novel by the Austrian Nobel Prize winner Elfriede Jelinek. 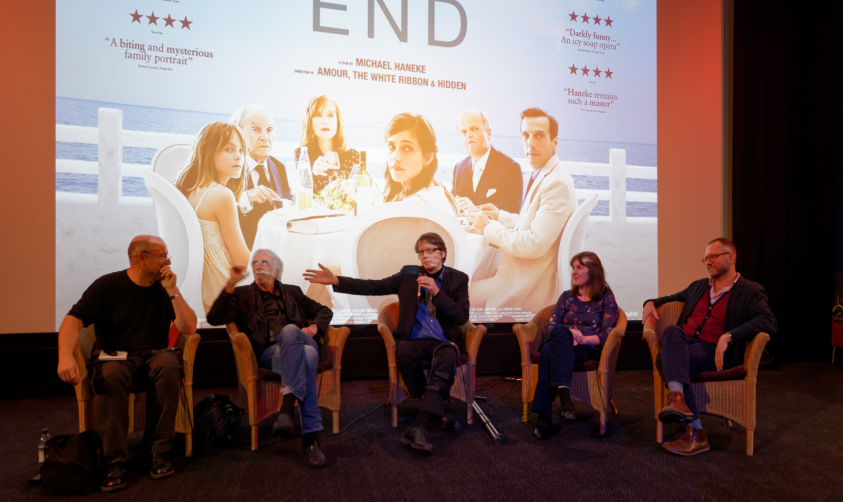 With events such as this, I always wonder about accessibility – who is invited, why? I was in a privileged position as a writer for this website to be invited, and appreciate an insight into a corner of European cinema that I don’t usually get exposed to. Maybe the next step for an event as rich and bursting with potential as this is to open the floor to more public screenings. Introductions by speakers to Austrian cinema gems may be a way to enrich the cinema culture in Cambridge. One step towards this has been taken: with an opening of the gates beyond academics to practitioners, filmmakers, and critics. That cross-platform knowledge is a way to burrow into the essence of Austrian cinema. The next distinctive step will be a way to share these experiences with a larger audience. The interest is there, and so is the knowledge, so I hope this exceptional event continues to find ways of reconciling the two.

The online trailer for Rupert Everett's biopic of Oscar Wilde is out now; the director himself incorporates the literature genius as he lives his final days in exile [Read More...]

The Dreamed Ones (Die Geträumten)

A fugue into a tragic existence: the impossible love between Paul Celan and Ingeborg Bachmann is the centrepiece of this very unusual Austrian film, where the poetic licence freely permeates the movie structure - in cinemas on Friday [Read More...]