This is no laughing matter!!!

Our 25-year-old reader Charlie Jones has come across some epic and glistening pieces of filmic garbage in his relatively short life as a cinema-goer; he shares his favourite gems and advises how to make the best of the experience!

One of the greatest joys you can experience as a cinemagoer is settling into your seat at the local theatre to watch a film you’ve been looking forward to for weeks and weeks, only to realise 10 minutes in that what you’re watching is an hilarious, side-splitting farce of a film. A recent addition to the “unintentionally funny” category includes Tomas Alfredson’s shambolic The Snowman (2017), a film that audiences were excited to see considering its effective trailer and the talent involved in the production – as it turns out, it’s a laugh-out-loud pile of garbage. An “unintentionally funny movie” isn’t just a turkey or a cult film. It’s far worse than that. It’s so bad it’s good!

One of my own favourite cinema-going experiences was back in 2008, when a group of friends and I went to see M. Night Shyamalan’s The Happening (pictured below, in the iconic scene in which Mark Wahlberg talks to a plastic plant). The trailer had freaked us out, Shyamalan’s The Sixth Sense (1999) had frightened us and blown our minds in equal measure (we were 15, give us a break!!!), and even the opening credits were suitably creepy. We thought we were in for something that would really scare us. Ten minutes later we were wiping away the tears rolling down our cheeks, howling with laughter at the way an old lady smashes through a windowpane with her face and a driverless lawn mower runs over a man’s head. The experience was one of utter joy. 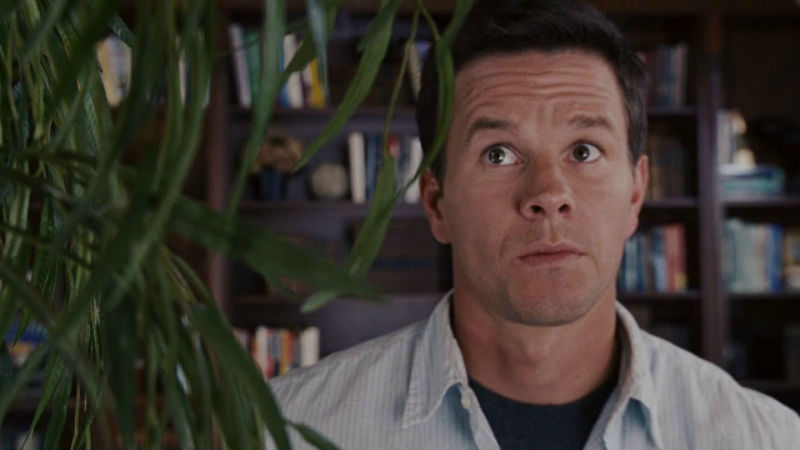 Reading against the text

The hilarity, though, was borne out of the fact that we thought we were going to see something that would terrify us but instead made us laugh. Had we known The Happening was going to be so bad, the experience would not have been the same. We would probably have laughed still, sure, but the ‘shock factor’ – that golden moment of realisation – would have been lost.

Many reviewers, however, particularly those on YouTube, recommend going to see unintentionally funny films by telling their audience to ‘watch it as a comedy.’ This, unfortunately, eliminates any potential golden moment of realisation. We shouldn’t tell people to view an “unintentionally funny film” as a comedy because the humour lies in that we think it’s actually going to be a scary, thrilling, or dramatic film, and then being let down. Big time. If we know it’s going to be funny-bad, we might laugh, but not nearly as hard, or as surprised, or most importantly as genuine as we might have done had we been blissfully unaware of the goldmine of hilarity we were about to stumble upon. 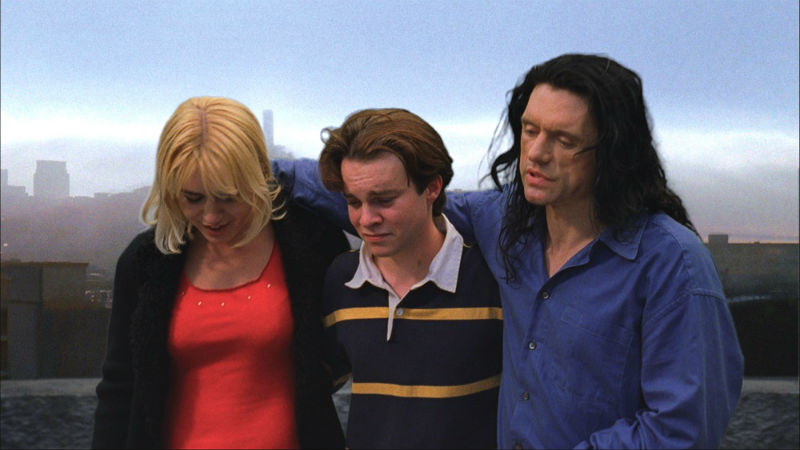 In a way, us fans of “unintentionally funny films” have an obligation not to ruin the surprise element of a film’s disastrous nature by saying, ‘it’s really bad, but watch it as a comedy and you’ll enjoy it.’ If we have to recommend a film, just to get a fellow film-lover to see something so bad they really shouldn’t miss it, tell them it’s really enjoyable (which isn’t a lie!), nudge them in the direction of the movie without giving the hysterical surprise away.

This is, admittedly, harder to do for classics of the genre like The Room (Tommy Wiseau, 2009; pictured above) or Samurai Cop (Amir Shervan, 1991; pictured at the top of this article), which are less known outside bad-film aficionado circles, but for new releases, those wonderful pieces of drivel inadvertently vying to join the ranks of Battlefield Earth (Roger Christian, 2000; pictured below), the Star Wars prequels, and most things starring Nicholas Cage, we can keep from ruining the surprise. Let people discover the unintentional comedy for themselves – that’s where the magic is.