"Dirty gem"
Remember Children of the Corn? 'Tis time for children of the sugarcane! Deeply disturbing and yet widely practised Indian tradition is the centrepiece of this effective and socially engaged horror - from the London Indian Film Festival

Marketed as “inspired in true events”, this very unusual Indian horror movie takes place entirely in an isolated house in the middle of fields. There are spooky children, infanticide, murder, apparitions and much more. Think Children of the Corn (Fritz Kiersch, 1984; based on the eponymous Stephen King book), replacing the cornfields with sugarcane ones, add a few Indian twists, an “evil” female touch and you are halfway there.

Eight-months-pregnant Neha and her husband Tushar flee the big city in order to avoid some thugs, which are after them for some unexplained reason. They find shelter in Tulsi’s house, an old woman living with her catatonic daughter-in-law Laxmi. It’s revealed in the very beginning of the movie that Laxmi was forced to remove with baby from her own belly with a dagger, and she now has a horrendous scar. So it’s very clear from the start on that something isn’t right with Tulsi and her house.

Neha soon realises that she’s in danger and attempts to run away, only to be locked up and apparently drugged. What follows is a number of a hallucinations and illusions blended with reality. She will constantly see creepy children running around, and she will also witness several murders. She now has to work out how much of that is real, and what she needs to do in order to stay alive and save her own baby. The pace of the film is tense and the scares are spaced out enough to keep you hooked and give you a few jump scares. 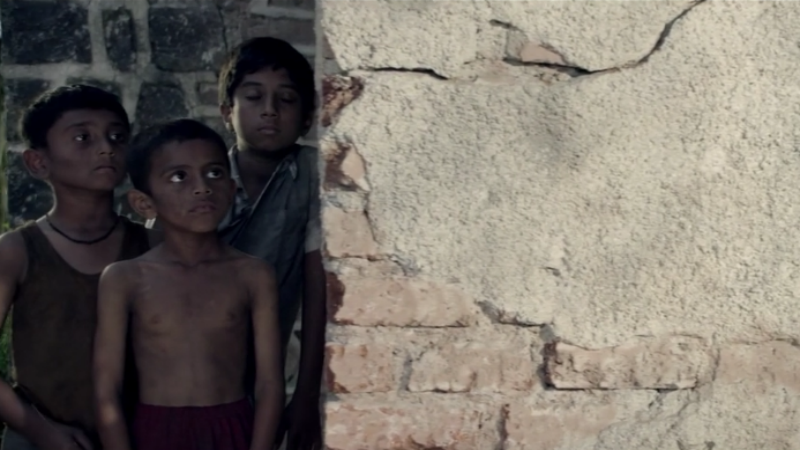 The movie delves with a number of social woes afflicting Indian women. In this old-fashioned rural environment, females address their husbands by their last names, and they only begin eating when their husbands are finished. But there’s a much more dangerous and deadly tradition that could destroy Neha’s nad her baby’s life; the infinite twists in the film will keep you guessing what this is until the final 20 minutes of the movie. There’s a strong image inside a well which will both shock and open your eyes to this old-fashioned tradition, that’s still very much alive.

Neha and films like Hide and Seek are a testament that Indian women are beginning to raise their voice and to face up an extremely conservative establishment, often entirely on their own and without even their husbands to support them. Male filmmaker Vishal Furia has provided them with a very powerful tool. Let’s hope that Indian women will also step behind the camera show us the world from their gaze. We want to listen, but we also wish to see what these oppressed ladies are seeing.

Hide and Seek is showing as part of the 2017 London Indian Film Festival, which takes places in London and Birmingham from June 22nd to July 3rd. Due to its industry format (the film is made for an Indian market, with an interval in the middle et al), you may not be able to catch it anywhere else after the event – which would be a pity. Let’s hope that I’m wrong and that Indian women can raise their voice for the entire world to see, and that cinema provides them with a suitable platform.

The teaser below gives you an idea of the movie feel, but it doesn’t do it justice in its entirety. This is definitely one to watch, so get your ticket now!

2 thoughts on “Hide and Seek (Lapachhapi)”