"Filthy genius movie"
What would you do if your spouse went, quite literally, barking mad? Deeply provocative film by Scottish filmmaker is out in cinemas

The best thing about Bitch is that you don’t have a clue about how it is going to end. Scottish filmmaker Marianna Palka‘s fourth film – check Good Dick (2008) and Always Worthy (2015) – is so absurd that it subverts logic in every conceivable way. And every single frame is thrilling.

The opening scene grabs you by your neck. Jill (played by Palka herself) attempts to hang herself with a dog leash or a belt – it is not clear at first. She fails, but her mind finds another way to draw her husband Bill’s (Jason Ritter) attention: she begins to behave like a vile bitch. Not in metaphorical sense, but in the literal, canine sense instead. An aggressive and dirty dog that is not capable of taking care of herself, let alone her four children, and who prefers to remain confined to the basement instead. 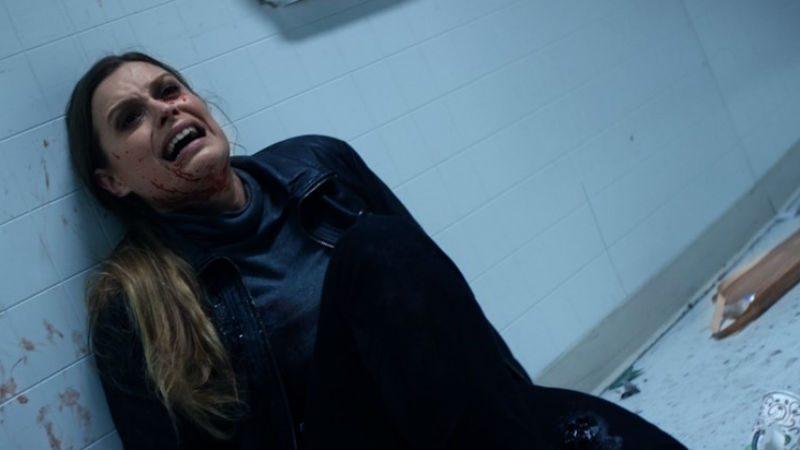 Bill is your average hard-working and self-centred businessman. He cheats on his wife with a co-worker and forgets to buy Christmas gifts for his family. When he finds her wife in the basement, he continues to deny she is mentally unstable. He evades his husband and fatherly duties by calling Jill’s sister into the house in order take care of the kids. Meanwhile, he postpones all business meetings, as he thinks he’s about to be fired.

The movie raises a number of questions, some of them quite unusual: what are the ingredients of a happy family life? How do you connect to a relative who believes that she is a dog? Should you show sympathy towards this new tragic personality? Bill finally decides to find answers, and it all begins to change once the starts to pick up his wife’s faeces. 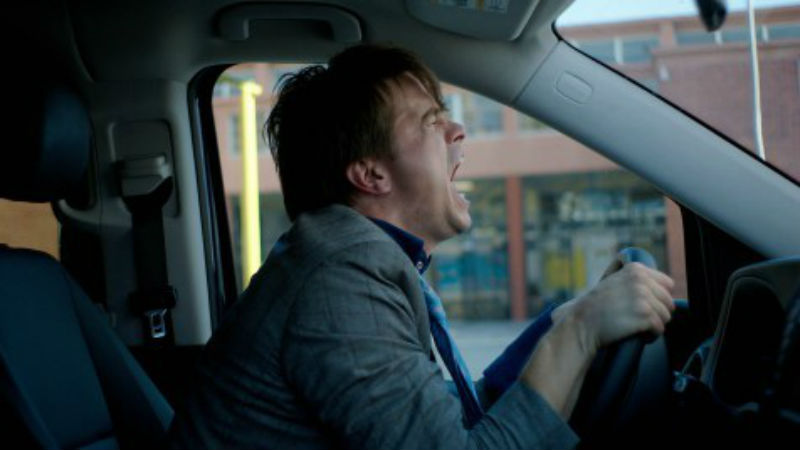 The movie is supported by a fast-changing photography and music score. They shift from one extreme to the other: the inside of the house is dark and oppressive, while the outside is full of sunny parks, where people take their dogs for walks; the music also veers from hair-raising horror to more subtle dramatic tones.

Palka is simply delving with deep and painful wounds in a very unusual and absurd way. Family life can be very awkward and unsatisfying, and the consequences can be surreal. That’s why Bitch is not a feel-good movie. In fact, it feels very uncomfortable because everyone can relate to Jill’s inner battles.

Bitch premiered at the Sundance Film Festival in January 2017, when this piece was originally written. The film is out in cinemas across the UK on Friday, October 13th.