"Mostly clean movie"
The silent collapse of a Portuguese family due to the effects of the economic crisis makes for languid and painful watching, a rich feast for lovers of prolonged torment and gloom - watch it now at home on ArteKino

The Portuguese are best known for their unrelenting nostalgia, yearning and suffering. Those familiar with the work of the late filmmaker Manoel de Oliveira (who passed away two years ago still active at the age of 106) will recognise that the pace of Portuguese cinema is not for everyone’s taste. The melancholic and slow rhythm can cause strangement, stupor and even sleepiness in those more used to convoluted scripts and fast action.

The economic crisis of Europe has deeply affected the confidence and the morale of the country. A mother, a father and their daughter Marta slowly see their relatively stable household crumble to pieces. The father is unemployed and vanishes for days without explanation. The mother works tirelessly, but she’s still unable to make ends meet. And Marta befriends pregnant girl at school, who has a very dark secret. 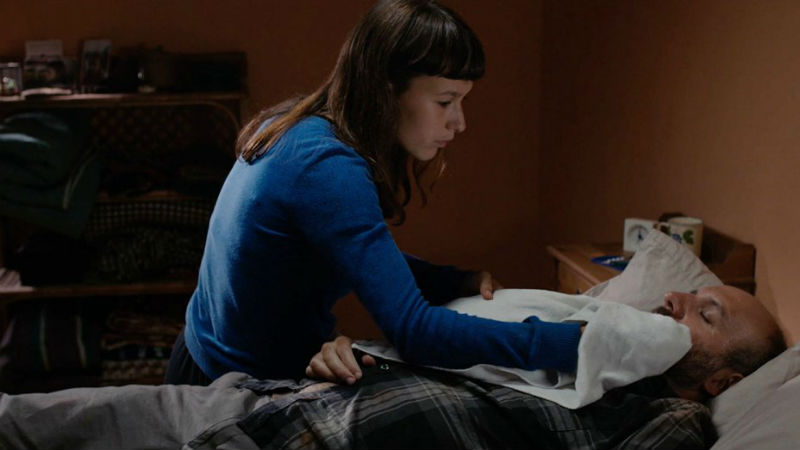 Colo is a warm and deeply feminine movie. A large part of the film takes place inside a maroon-hued middle-class flat somewhere in Lisbon. These three people are seeking some sort of affection, but they are unable to vocalise it. The action in the movie is mostly dispassionate and laconic. The title of the film is Portuguese for “lap”, the most intimate place for rest and nurture. The three people desperately need “colo”, but they are unable to find it.

In the end of the movie, the three family members make very different and unorthodox arrangements so that they can carry on with their respective lives. Despite a couple of peculiar twists and a convincing photography, Colo is just too slow and too long at 136 minutes, and it’s unlikely to appeal to much broader audiences. Unless you are into low-wattage and low-tension prolonged misery.

Colo is showing in the Official Competition of the 67th Berlin Film Festival, when this piece was originally written. You can view it online for free between December 1st and 17th as part of the ArteKino Festival.