What if Snow White wasn’t white???

Do you think Snow White is a European fairy tale? Think again! Snow White's actual name was Lady Yang Guifei, she was a real person and lived in China 1,300 years ago. And she is now returning to her roots!

Fairy tales have a mysterious sense of hidden meaning, covert messages, and lost faith and legends; a strange depth to them that no other genre of fiction carries. Symbolism of apples, resurrection and the power of women flow throughout these stories all over the world. One story, more than any other, continues to fascinate many of us: Snow White.

There have been over 30 versions of her across the history of film. All of these films have portrayed her as a slim, Caucasian beauty with a kind and passive personality. They include Disney’s 1937 iconic Snow White and the Seven Dwarfs (directed by David Hand, Larry Morey, Wilfrey Jackson, Ben Sharpsteen, William Cottrell and Perce Pearce; pictured directly above and below). But who was she based on? Where did the story come from? And how has film shaped the way we see her?

The original Snow White wasn’t some simpering maiden singing with birds over a well. She was a curvaceous beauty who enchanted the Emperor of China with her charm and charisma, battled her rivals in a cruel and often murderous court, and ultimately had to face her own vanity, leading to her downfall. So how did her image transform into the blushing, white-skinned Germanic maiden? 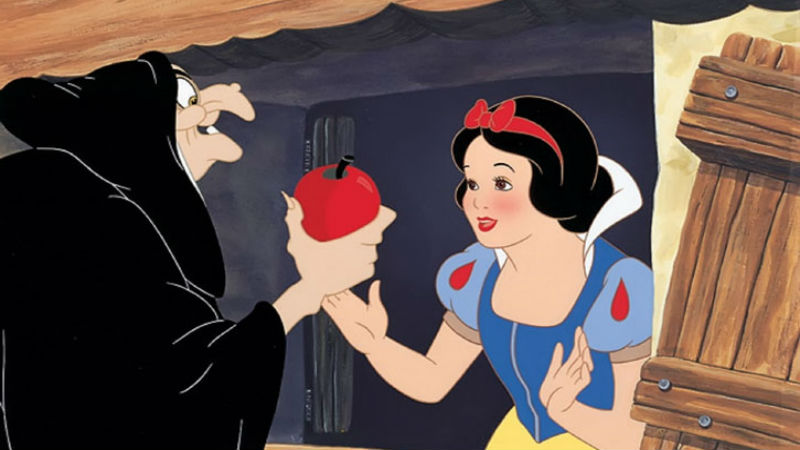 In a faraway land…

The first Snow White can be found in a place you wouldn’t expect, 1,300 years ago in ancient Chengdu, a province of the Chinese Empire. Plucked from obscurity to marry royalty at the age of 13, and famous for her voluptuous figure and fondness for lychees, she nonetheless had her enemies at court. The rebel armies and rival courtesans all wanted rid of the elderly emperor’s favourite. He doted on her, employing 700 labourers to make her robes, presenting her with gold and jade worth millions.

All this attention created jealousy and anger, rumours stirring of corruption at the heart of her influence. Legend has it that the lychees themselves would be her undoing. She was found dead having eaten some, which were rumoured to have been poisoned. Others would insist she had been strangled by a rebel leader, but the truth has been lost in time. The lychee became the symbol of her downfall – and her decadence. 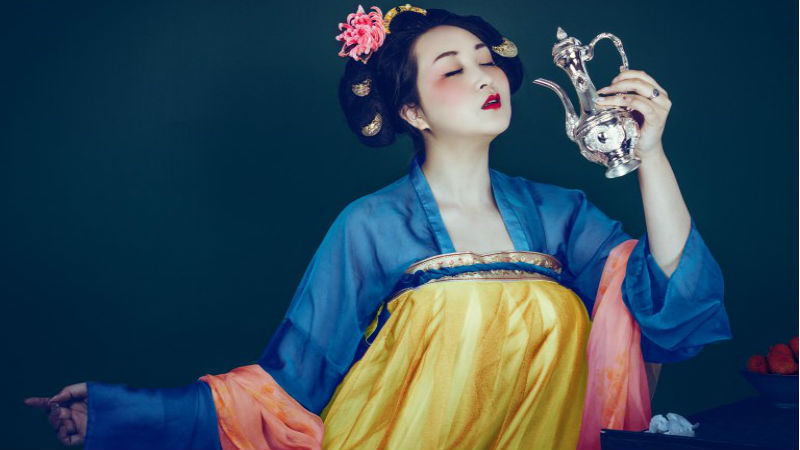 Her body was wrapped in purple cloth – the Chinese colour for love – and buried without a coffin. The Emperor was distraught, and demanded her body be brought back to him to be buried in honour. When he was given her fragrance bag to remind him of her, he wept bitterly. He never truly recovered from his grief.

And so the story travelled down the Silk Road; the beautiful sleeping princess corrupted by poisonous fruit. On and on it travelled, down to the sea, across Italy and Germany. There it was mixed and met with other influences; the Christian elements of resurrection, the European apple replacing the lychee, and a glass coffin replacing the lilac fabric. Perhaps the dark colouring of her hair stuck, or myths of the whiteness of her skin passed down, for although she was reimagined in Europe as a Caucasian, she is the only fairy tale character with such striking physical traits.

Disney was the first film company to send her image reeling into popular imagination: yellow, blue and red becoming colours synonymous with her character. Like Lady Yang (pictured directly above and below, by Hanfugirl), Snow White is only 13 when she meets her ‘prince’, but the comparisons stop there. This story, along with the scores that would follow, were distinctly Germanic in feel: yodelling, European dress, kitsch cottages and a wicked witch replacing the archetypal evil stepmother. 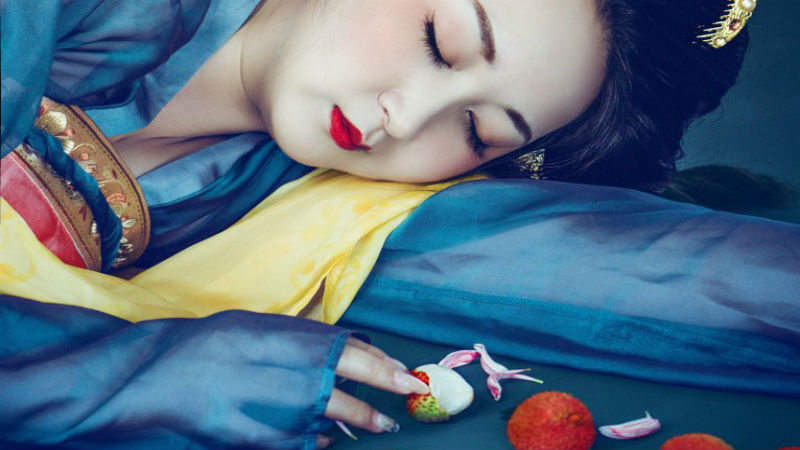 Return to the roots?

The other interpretations – most notably the live action retellings – are all based on this animation breakthrough. Every character since has followed the European version; a slim, white woman taking centre stage. As with so much of film as a genre, the biggest fish in the pond chooses the narrative. The white, Western world has laid claim to the tale and made it distinctly European in feel. Until now.

Snow White, it appears, is taking a trip back to her origins. While she won’t be appearing as Lady Yang – a story perhaps too adult for many young Snow White fans – the return is nonetheless interesting. In Snow White: Adventures In China (provisional title), the story will take place in the 19th Century, featuring a Chinese cast and following a tale of Snow White and her rivalry with an embittered sorceress. A story, perhaps unwittingly, eerily echoing the competition and rivalry faced by Lady Yung hundreds of years earlier.

Big Screen Entertainment Group (BSEG) is overseeing the project in conjunction with a Chinese production team, East and West mingling once again across the tale. As film is a genre which so often struggles with presenting an intersectional approach to storytelling and production, it will be intriguing to see how this plays out. Hopefully Snow White will be the first of many fairy tales being retold in their cultures of origins.

The new film is currently in development. The ball is definitely rolling, even if little information has been disclosed! The producers are both American and Chinese, and the actions will be shot in Louisiana (US) and China next year. BSEG are producing it alongside K7 and various Chinese investors. The project was first announced in 2015, and it is currently under production. 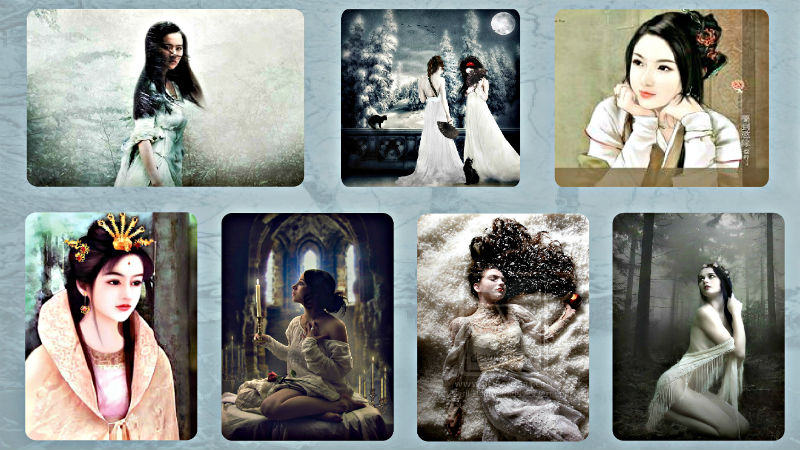 The film producer Kimberley Kates told DMovies: “I’m super excited about Snow White: Adventures in China: we’re into development and we are shooting next year. It’s wonderful to be retelling a story that is loved by children all over the world.”. The images in the picture gallery above are from the new production, copyright by BSEG.

Madelaine Byford first fell in love with film at A-Level, making smug remarks on Melies and Hitchcock and genuinely believing that she was the first to come up with them. Since then, she has studied s... 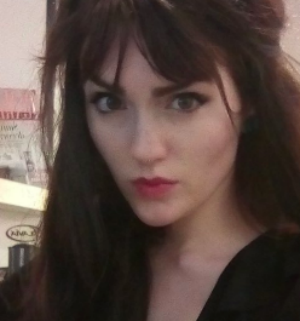 Who needs a lesbian princess?

As the world speculates whether the magic cinema of Disney is ready to crown a lesbian princess, we raise a different question: do LGBT people need to embrace an institution as archaic as princesshood? [Read More...]