"Dirty gem"
The devil wears a cassock! Brazilian doc reveals that evangelisation of indigenous people is often worse than murder, as it kills their very soul - from Sheffield Doc/Fest

History repeats itself again and again. Ex-Shaman portrays the destruction of the tribe Paiter Surui’s, similar to what happened to other tribes in Brazil when colonised by Europeans more than 500 years ago. Deforestation, the outright killing of indigenous people and modern technology are all topics of the film, but not its main focus. The most fierce attack on the Paiter Surui is the deconstruction of their culture and beliefs through evangelisation.

The priests – which epitomise the very soul of the coloniser – “educate” (ie. convert) the indigenous people into Christians, promoting a duel between good and evil. Shamanism needs to be erased in order for the tribe to receive its blessing from Jesus Christ, and also in order to vouch for a place in Heaven. “I heard from a priest that shamans are from hell” says protagonist Perpera Surui, the titular ex-shaman. 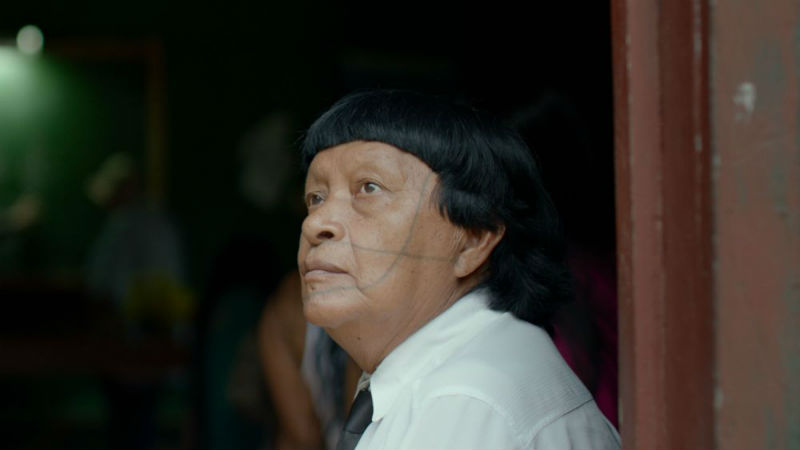 Perpera lives his life completely surrounded by elements of modern civilisation. Film director and scriptwriter Luiz Bolognesi delves into the life of the tribe and its different generations identifying the effects of time since the tribe’s first contact with the outside world in 1969. In just two years, the tribe lost 200 of its 750 members to infections, viruses and illnesses brought in by the explorers.

The interaction gradually defaced their old customs. They now cook on stoves, have electricity and use mosquito nets while sleeping. The difference between 1969 and now is staggering and revolting. The ethnocide film is still happening without interference from the Brazilian government and other institutions. The film raises a question: what can we do in to order to stop this phenomenon and restore the dignity of the indigenous people? 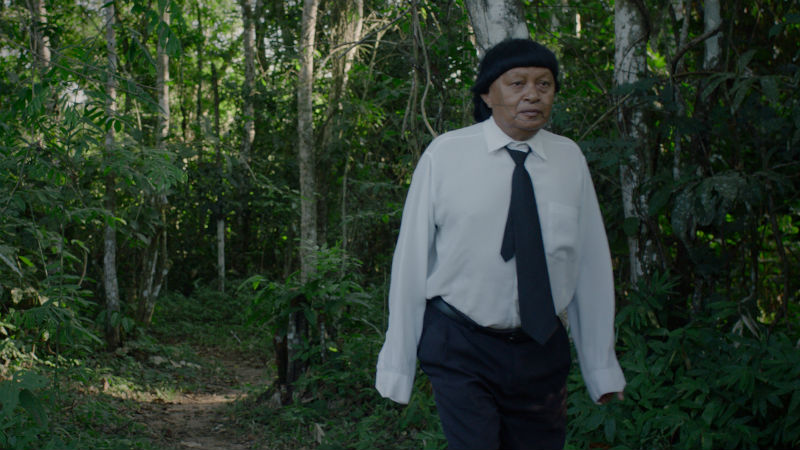 The director explained in the Q&A that he faced restrictions on what he could shoot, without going into details. Bolognesi acts as a visual anthropologist without making judgements, finding the right balance so that he doesn’t make the tribe even more vulnerable. In the words of the director: “The film portrays the Brazilian indigenous experience of today from the inside out. It stays far away from romantic clichés”. It’s a film about solidarity with indigenous people and those fighting the cause. But it’s also a film about despair. Ex-Shaman urges people to stand up against injustice and ethnocide.

Ex-Shaman showed in the Panorama section of the 68th Berlin International Film Festival in February, when this piece was originally written. It premieres in the UK in June, as part of the Sheffield Doc/Fest.

Docufiction about the Kraho indigenous people of Brazil has its heart at the right place and is of great ethnographic relevance, despite a few shortcomings - on Mubi [Read More...]

How much longer can the few surviving indigenous Brazilians cling on to their culture, and how painful are these changes - two Brazilian filmmakers ask urgent questions in new feature introduced in Berlin [Read More...]

One thought on “Ex-Shaman (Ex Pajé)”