As the cult classic celebrates its 20th anniversary, you too can learn a thing or two from Welsh on how to reclaim the ugly beauty of your "pretty shitty city" - and you can watch the film now at home

Two decades have passed, and Kevin Allen’s Twin Town remains a refined piece of trash and self-deprecation. The movie is probably as close as you will get to John Waters on this side of the pond. Not very often you will see across such copious amounts of sheer bad taste, violence and profanities within just 90 minutes, all with a very British flavour, namely Welsh.

And just like the local food, Twin Town tastes like shit. And willfully so. This crime film is entirely set in Swansea, and it celebrates the… the unsightliness and mediocrity of local life. The story centres around the misadventures of Lewis “twins” (who in reality are just brothers), who lead a glamorous existence with their parents and sister in a static caravan home. The female works in a very dubious massage parlour, while the two boys spend most of their time prancing around, taking drugs and stealing cars. Until they decide to escalate their wrongdoing to include more scatological and visceral deeds.

Some of the best moments in the movies include a very strange twist on Godfather (Francis Ford Coppola, 1972), as the head of an animal much less formidable than a horse is placed on someone’s bed, plus a very dirty karaoke performance that’s vaguely reminiscent of the prom scene in Carrie (Brian de Palma, 1976). Overall, Twin Town is a very shit tribute to gangster and crime films. And incredibly fun to watch! 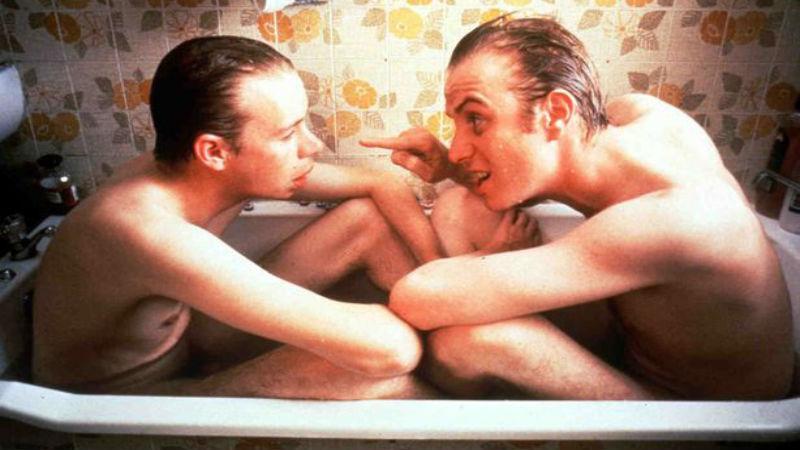 This weekend the cast of Twin Town reunited in front of more than 3,000 nostalgic Welsh cinema lovers at Singleton Park in Swansea. The director Kevin Allen and many of the surviving members participated in a question and answer session before the film was played on a large screen. It rained massively, adding the final touch of shit to this dirtylicious film experience!

This is not how most town would choose to embrace and to commemorate their identity, and the locals deserve praise for the ability to laugh at themselves, for taking self-deprecation to such an extreme. This is not family fun, a film that you can show to your small children – it’s teeming with sex, violence, while the f-word is the most consistent element of the narrative. The movie proudly opens up with a character quoting the poet Dylan Thomas, who described the second largest city in Wales as “an ugly lovely town” and a “graveyard of ambitions”, while someone else complements: “this is a pretty shitty city” while shouting out his newly discovered rhyming epiphany. 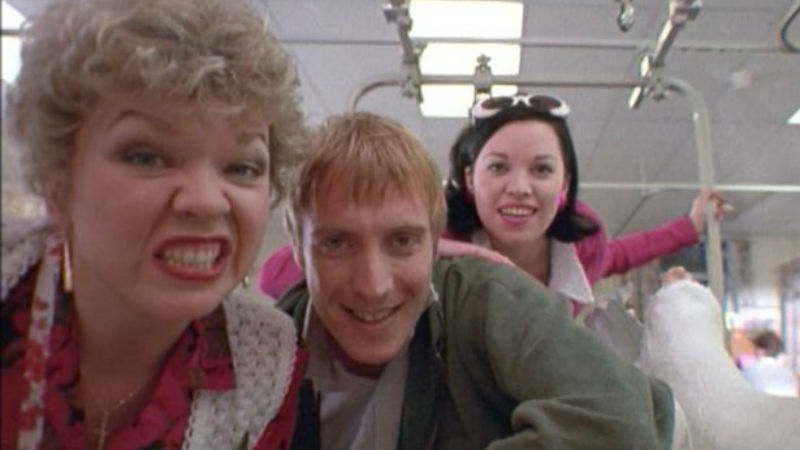 Is the future shit?

Swansea is bidding to become the UK City of Culture in 2021, so it’s safe to say that they are looking for a brighter future ahead with more cultural options. The City was indeed shortlisted last month, which generated large amounts of excitement amongst locals. You too can support their campaign by visiting their website.

Meanwhile, we recommend that you watch Twin Town and discover (or reclaim) the dirty Welshman or woman inside of you. In order to maximise enjoyment, we suggest that you do it while drunk and feeling like shit. Or alternatively, while heavily intoxicated with a Class A drug (locally sourced cocaine is probably your best option). 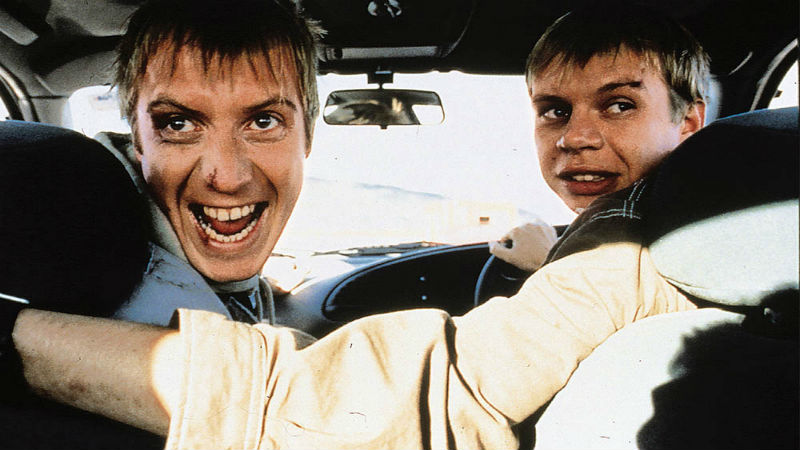 Twin Town is available for viewing online for free here, and also in most dodgy streaming websites. This experience might turn out to be infectious for both yourself and your computer!

One thought on “Celebrate your inner s**t, with Twin Town!!!”