"Dirty gem"
Get ready for fleshly fun! A very salacious alien has crash-landed in Mexico, and right now it is giving earthlings explosive pleasures - on BFI Player on Thursday, March 17th

There is a place somewhere in the remote universe that harbours powerful sexual forces. After a meteor collided on earth, this energy is unleashed upon us. Needless to say, this is an extremely provocative prerogative to make a film. The Untamed by Amat Escalante, Mexican from Guanajuato, abducts us into this dark, dirty and uncomfortable erotica sci-fi tale.

It’s not the first time filmmakers portray aliens as sexual predators. Recently, in 2014, Scarlet Johansson played a scavenging alien on Jonathan Glazer’s Under the Skin. The Untamed follows a similar path, setting foot on family conflict territory, and their errant sexual life. Alejandra (Ruth Ramos), the protagonist, is married to Angel (Jesús Meza), who has an affair with her brother, the nurse Fabian (Edén Villavicencio). All three are sexually unfulfilled, until Veronica (Simone Bucio) comes into their lives and invites them to enter a dark and mysterious forest, under the promise that this will change their lives. 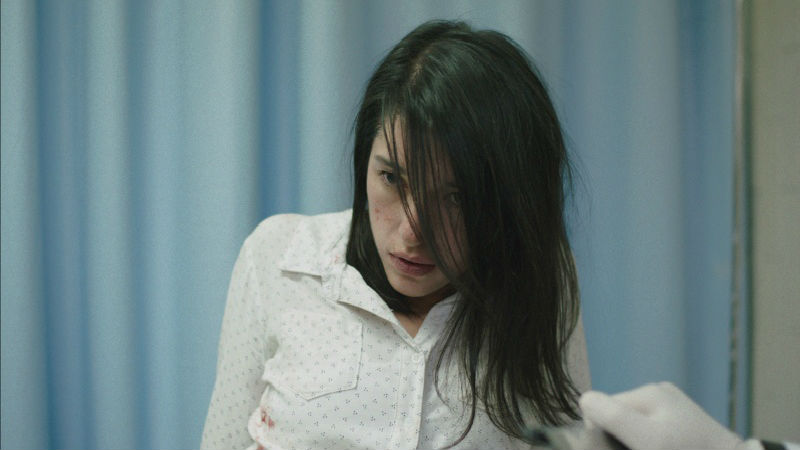 The Untamed will undoubtedly make a lot of noise within the science fiction-horror fanbase. It’s fresh, well directed and has loads of sophisticated moments. It looks neither cheap nor gawdy. It has the potential to become a cult film years ahead when we humans will still be wondering about the shortcomings and the secrets of our sex life.

The film showed at the 73rd Venice Film Festival in 2016, when this piece was originally written. It was also part of the BFI London Film Festival in October and of the BFI Flare in March 2017. DMovies has been in loco at all events. The film is finally out in UK cinemas on August 18th, 2017. On BFI player on Thursday, March 17th (2022).

The politics of death and violation: how the Spanish recycled horror clichés and the role of the vulnerable female to hair-raising results [Read More...]