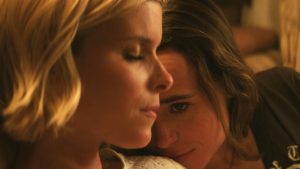 BFI Flare: London LGBT Film Festival, formerly known as the London Lesbian and Gay Film Festival (LLGFF), is the biggest LGBT film festival in Europe. It takes place every spring in London, England. It began in 1986, as a season of gay and lesbian films at the National Film Theatre for two years, under the title “Gay’s Own Pictures”, curated by Peter Packer of the Tyneside Cinema. It was renamed the ‘London Lesbian and Gay Film Festival’ in 1988. Having been a two-week festival for many years, the festival was shortened to a week in 2011, then increased to 10 days in 2012. On its 30th anniversary, screenings attendance at BFI Flare was up 9% and box-office results surpassed the previous, record-breaking year. Audiences at all events and screenings over the eleven-day festival totalled 25,623 in 2016.

Organised and run by the British Film Institute, all LLGFF screenings take place in the BFI Southbank. Every summer, a selection of feature films and short films shown at the Festival goes on tour around the UK.