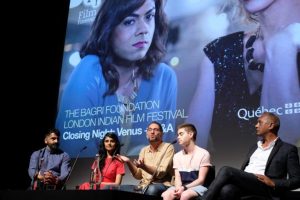 In 2019, the Festival will be ten years old and with the support of the Foundation, has continued to grow rapidly. In 2018, it took place across 13 cinemas in three cities; London, Birmingham and Manchester. The Festival’s annual Satyajit Ray Competition, presented in association with the Bagri Foundation, offers a £1,000 prize for emerging filmmakers and six, shortlisted entries are screened. The Festival also presents its Pure Heaven Icon Award and its Outstanding Achievement Award, supported by Sun Mark Ltd.