"Mostly clean movie"
In this sickly sweet comedy drama, Otto Anderson embraces the present moment, after years of living in a cloud; anyone hoping for American Beauty II will be disappointed - in cinemas on Friday, January 6th

Tom Hanks stars as Otto Anderson, an ageing widower who grows wearier and more annoyed by the jollity his family brings. Unbeknownst to him, this gaggle of neighbours are determined to bring him to his senses by showing him the importance of community love. He becomes more involved in the town and more forgiving of himself as an adult.

With fictional movies about post Trumpian suburbia comedies now positioning itself in the cultural zeitgeist, it’s easy to see two individual styles rearing their heads to the public. One group embraces irony, pitting audiences up against torrent of wordplay that could easily be described as Kafka-esque, and the other follows a more popular path of re-heating aphorisms that are destined to make them feel that bit easier about their daily, downbeat lives. Neither camp makes for riveting viewing, although to the former’s defence, it does illustrate an alternative plain of thought to the philosophies serially spun on commercials, call centres and catchphrases.

A Man Called Otto is definitely in the latter camp, a picture that is guilty of copping to each and every cliche that Sam Mendes’s excellent American Beauty (1999) set out to destroy. Tom Hanks may be a much nicer person than Kevin Spacey, but there’s no denying the fact that his Otto Anderson lacks the latent despair that was so evident in Spacey’s Lester Burnham. This comparison is no mere padding as A Man Called Otto, like American Beauty before it, explores the loneliness that wells up inside a man’s heart in an America that promised him riches beyond his wildest dreams. 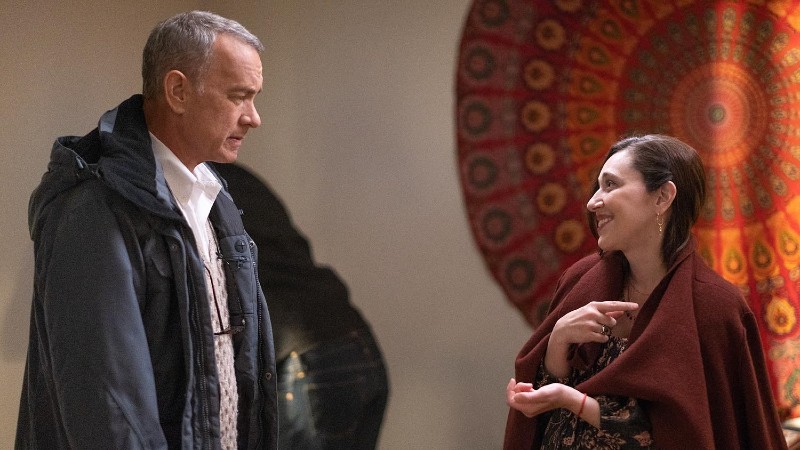 Instead, we find Otto at a moment of great solitude, as he ponders the continual nothingness of a life spent without his wife. He lives day to day by ignoring his neighbours, counting down the moments before he can join his wife in the clouds beyond the sky. Much to his chagrin, this routine of meandering nonsense and silly, singular moments are interrupted by the arrival of a bubbly family, who show him the value of life. If the summary sounds sickly, it’s because it is, which is as much a fault on Hanks as it is on director Marc Forster, who abandoned the chance to exhibit a portrait of bourgeois depression for something that can scarcely be classified as promulgation, let alone art.

Deeply disposable, the film makes another stab at grandeur by virtue of its soundtrack, utilising the haunting strains of Kate Bush in the backdrop. In Bush’s hands, the film takes a more intellectual turn, offering a more cerebral counterpoint to the emotional drama unfolding on the screen: a mannerism common to many Hollywood movies that cannot deliver upon the themes set upon by their precedents or the script itself. Clearly Otto has a purpose, but whatever this is is lost on this writer.

A Man Called Otto is in cinemas on Friday, January 6th.