If These Walls Could Sing

"Mostly clean movie"
Mary McCartney returns to the British recording studios where her father recorded some of the most staggering records in pop history; both surviving Beatles turn up for interview, as does a roster of familiar faces - out on Monday, January 9th

This keenly awaited documentary about The Beatles adopted home gives us a casual overview about the many artists that recorded there: From gun slinging session players like Jimmy Page searching for a job to Noel and Liam Gallagher, who took refuge there from the presses swarming outside their doors. The film is directed by Mary McCartney, who might be best known to moviegoers as the baby who adorned the back of her parents debut album McCartney in 1970.

Her father (no prizes for guessing who he is!) appears as part of an ensemble of impressive list of talking heads to detail the “magic” that exists between these walls. Nile Rodgers and Elton John pop up to give their impressions of the studio, as does Pink Floyd bassist Roger Waters, though the primary focus of the film are The Beatles themselves, who recorded each and every one of their impressive albums from 1963 to 1969 (yes, Let It Be was mostly recorded at Apple Studios, but the band didn’t release that one until 1970. Frankly, they shouldn’t have bothered, although the studio banter, vividly re-polished by Peter Jackson, does make for riveting viewing.) 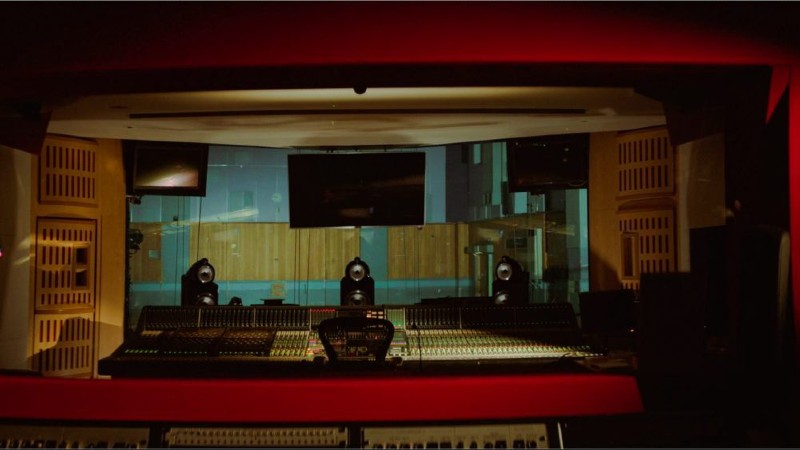 Casual viewers will enjoy the archival footage – the clip of Paul McCartney tapping his foot to Blackbird is eminently charming – but for all the interviews and material at Mary McCartney’s disposal, this really is a vacuous documentary and inessential to the growing canon of Beatle films that are currently populating the streaming services around the world. Ringo Starr is not especially charismatic in his opinions, and boyish as ever, Liam Gallagher does his level best to trick audiences into believing he’s a bona fida rocker, despite his questionable vocal stylings.

None of them seem to have a bad word to say about the studio, despite some of the contemporary interviews from the 1960s that would suggest The Beatles dissatisfaction with the place, and while the atmosphere is playful, you never get the sense that the filmmakers pushed the artists too far into detailing too many trade secrets. And really, if we’re going to buy that this is the studio that fashioned music as we know it today, we’re going to need a longer runtime to sell it (unlike Peter Jackson’s herculean Get Back series, If These Walls Could Sing stands at a meagre 89 minutes.)

Incidentally, and not encouragingly, the film only features a mere handful of female artists, one of whom only contributed an audio recording. Each of the women offers a welcome perspective, but it doesn’t help the argument that British pop has become a more welcoming place for artists of all persuasions since the 1960s.

If these Walls Could Sing is available on Disney+ on Monday, January 9th.