DMovies' editor Victor Fraga attended the second edition of the largest cinema event of Saudi Arabia, a country that has seen massive changes in the past few years. Here's an overview of what he saw:

When I founded DMovies nearly seven years ago I established that our objective is to create a platform for thought-provoking cinema, and our vision is that cinema should be a tool for personal, social and political liberation. The Red Sea International Film Festival fits in very well with our our concept: the event promotes change in a country until recently deemed one of the most reclusive on earth. Cinema has the power to open hearts and to build bridges, The second edition of the Red Sea International Film Festival showcased a vast spectrum of films from various corners of the planet to local audiences hungry for the something new.

I spent an entire week in Jeddah. My arrival was a little traumatic for reasons beyond anyone’s control: my passport fell and disappeared inside the x-ray machine, leaving the migration officers and a very panicky me scrambling to find it for almost 30 minutes. It tuns out the document got sucked underneath a conveyor belt. The authorities were very friendly, and did their best in order make me feel comfortable. Phew! The rest of the trip was very smooth. My hosts very extremely hospitable, always with a person to hand to help me whatever my request. 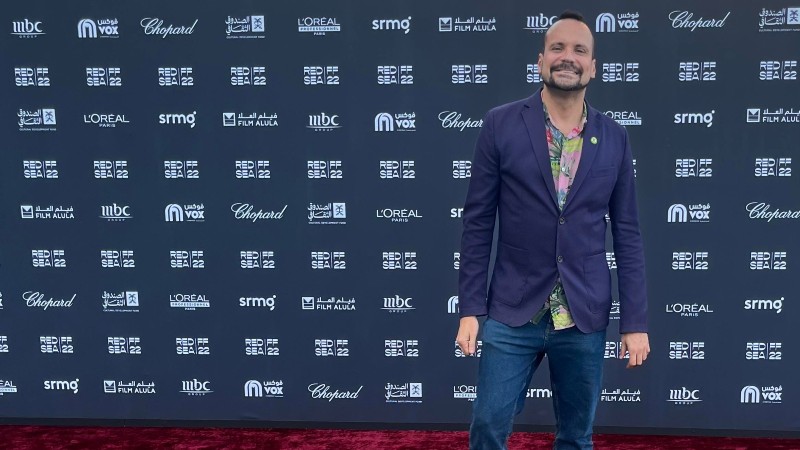 The feature films were divided into various strands: the dirtier, more audacious films were in the Festival Favourites and New Vision strands, while the more commercial productions were in the International Spectacular and Arab Spectacular sections. The main Competition featured a combination of crowd-pleasing and niche dramas from Africa, Asia and the Arab world. There were also sections devoted to Arab cinema, to VR, to children, and also a Short Film Competition. These sections are listed here.

The Iraqi film Hanging Gardens (Ahmed Yassin Aldaradji), about a sex doll with imperialistic connotations, snatched the Best Picture and also the Best Cinematic Award prizes. The Best Director Award went to Lofty Nathan of Harka, which also took the Best Actor prize (Adam Bessa). The movie tells the story of stolen Tunisian youth at the time of the Arab Spring. Best Actress went to Adila Bendimerad of the French-Algerian epic historical drama The Last Queen (she co-directed the film with Damien Ounouri). The Jury Prize went to Saudi Arabian drama Within Sand, the real story of a tobacco merchant lost in the desert. Best Screenplay went to the gentle Iranian comedy A Childless Village (Reja Jamali).

While I applaud most of the award-winning films, and I also wonder why the Competition strand focused solely on Asia, Africa and Arab countries, leaving behind large geographies such as Latin America. My birth nation of Brazil has 12 million Arab descendants, including the biggest Lebanese diaspora in the world. Similarly with UK, and our four million Muslims. Brazil, the UK and many other countries in Europe, Latin America and the world have a thriving film industry with an important message tolerance and inclusion. They will resonate with Saudi audiences seeking new cultures and cinema practices.

My favourite films were mostly in the Festival Favourites and New Visions sections: Metronom (Alexandru Belc) is a phenomenal Romanian movie about the dirty tactics of youth oppression; St Omer (Alice Diop) is a courtroom drama about a French-Senegalese woman who murdered her baby by drowning on the beach; The Blue Caftan (pictured below) is a gay drama from Morocco and one of the best LGBT film I’ve seen in a longtime, and also my personal favourite. My favourite films from the main Competition were Harka and the dirtylicious Angolan gumbo Our Lady of the Chinese Shop (Ery Claver), a movie as wacky as its title suggests. 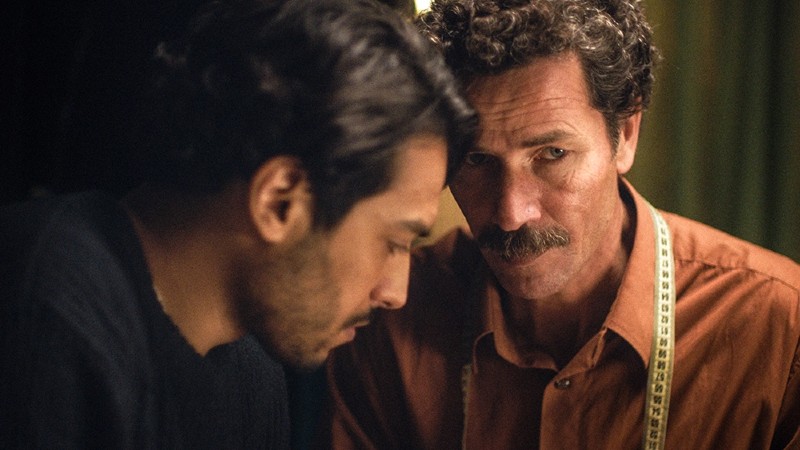 A total of 35 films in the Festival were directed by women, a number widely advertised on the high-res giant screen that populate the event. Saudi Arabia is rushing to make amends with female artists, a country where women weren’t even allowed to drive until June 2018. It’s great to see that a large number of Saudi women are getting behind the wheel and also behind the movie camera.

The Festival programme featured the film classification (G, PG, PG12, R12, R15, R18) very prominently, ahead of the director’s name and the country of production. These ratings have nothing to do with children and teenagers (which were nowhere to be seen in the main Festival sections), but instead they cater for the sensibilities of Saudi adults (at least in this context). This reveals that the country is adjusting itself to new topics and types of representation (sex before marriage, frontal nudity, homosexuality, sharp political denunciation, and much more). I hope that some of these films will also reach Saudi cinemas.

Visit our review archive and also our article archive for our full coverage of the Red Sea International Film Festival (with 2o pieces in total), and also last’s year’s (when John Bleasdale covered the vent for DMovies.

The Red Sea Film Festival is also a glitzy red carpet event. Most of the action took place in the spacious and luxurious Ritz-Carlton Hotel, a converted palace of some sort. Most of the industry and press interviews and networking events, as well as the event’s award ceremony, took place in the Hotel’s garden (where I snapped the pictures at the top and at the bottom of this article one early morning before the crowds arrived). The Palais des Festivals of Cannes pales in comparison to these regal settings. Saudi Arabia is a country used to extravagance. They like it big and they live it fancy. Our hosts did their utmost to impress and also to make us foreign press and industry feel at home. They succeeded. I left the event with a sense of accomplishment and satisfaction.

A red carpet of course requires a constellation of stars to walk on it, and there was no shortage of those either. Limelight-grabbing names included Sharon Stone, Oliver Stone (who was the president of the jury), Luca Guadagnino, Gurinder Chadha, Guy Ritchie, Andrew Dominik, Nadine Labaki, Shekhar Kapur, Jemima Khan, Shabana Azmi, Sajal Ali, Shah Rukh Khan and many more. I conducted face-to-face interviews with Turkish German director Fatih Akin and also with Franco-Argentinean provocateur Gaspar Noé. Last for not least, Spike Lee was present at the event, and this was no random choice. The American director was the first filmmaker ever to be allowed into the country with a 35mm camera, when Malcolm X was filmed in Mecca 30 years. 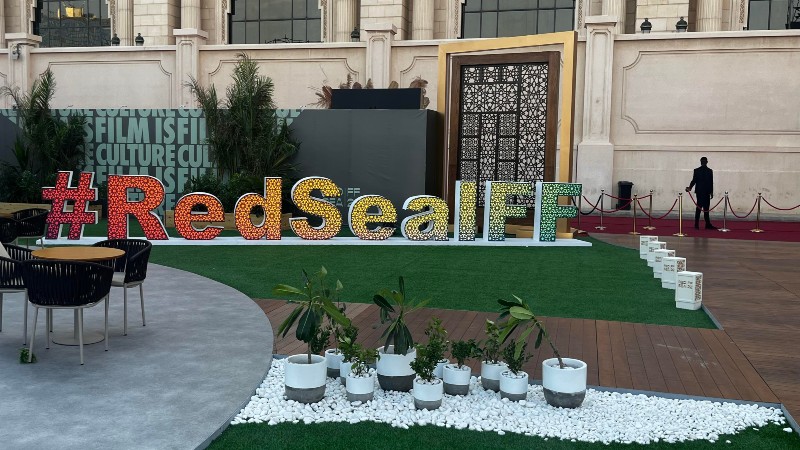 My Festival hosts were very welcoming. But what about ordinary Saudi people? Would they be happy to talk to me? Did they also think that the Festival represented an achievement? So I set out to talk to a couple of locals in the audience.

The first person I spoke to was a headscarf-wearing woman probably in her 20s. Her nickname is Teen, and she’s an events manager. She was very warm and welcoming. She had visited the cinema many times throughout her life because she often travelled many neighbouring nations, particularly Bahrain. “We Saudis like to travel, so most of us have been to the cinema before”, she explains. She also believes that the Festival is a major achievement for women. “Our country has changed a lot for us, and for the better”. She also clarifies that she wears a hijab entirely out of choice, and that many of her female friends choose otherwise. Indeed there was significant number of young women who did not cover their hair in Jeddah. I also asked her whether the Festival should address gay topics, with films such as The Blue Caftan. “We respect gay people, but I’m not sure about these films. Our religion forbids that lifestyle. That’s haram. It’s not good for the health.”

I also spoke a man probably in his early 30s. His name is Abu and he is a chef. Unlike Teen, he has never left the country and only saw a movie at the theatre for the first time two years ago, shortly after the country lifted its 35-year ban on cinemas. “I was born here, but I’m not a Saudi citizen”, he explains to me before revealing that his grandparents came from Sudan, the impoverished African nation located immediately to the other side of the Red Sea. He also thinks that the country is changing, and that the Festival represents a major achievements for women and also for ethnic minorities such as his own. And he’s more accepting of LGBT films: “we have a lot to learn from everyone”, he sums it up.

Child garbage picker finds a friend and also a means of subsistence in a talking sex doll that he rescued from the Baghdad landfill - live from the 2nd Red Sea International Film Festival [Read More...]