"Dirty gem"
Brazilian journalist and filmmaker offers British viewers an overview of his native country, and its complicated history of male homosexuality.

At 19 minutes, The Flour Test makes its point about gay rights in Brazil. And what emerges from the frames is something deeply honest, capturing a truth that stems from the director’s heart. During the opening scene, we watch flour being thrown into the air, only for it to land precariously. It’s a tidy metaphor, but it actually doubles as a portrait of an experiment that was performed on men in order to determine whether or not they were the red-blooded heterosexuals the dictatorship wanted them to be.

Scintillatingly produced, and directed with great reverence to the swarms of gay men who had to endure this humiliating test, Brazilian-born and London based director Victor Fraga uses this backdrop as his springboard into the country’s current backdrop. Scrutinising Jair Bolsonaro’s policies, Fraga suggests that the experiment might not be confined to the history books as we might have expected. Instead, it serves as the blueprint for some of the government’s current policies.

Naturally, the film is directed in Portuguese, although this attention to detail legitimises the argument, creating a sense of purpose and pathos that rings true to the sentiment in question. “Bolsanoro is an embarrasment,” cries one of the interviewees. “Something that shouldn’t exist.” 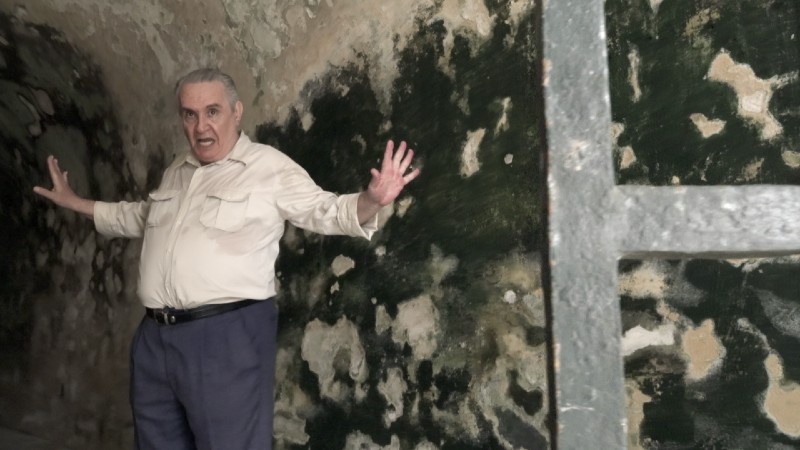 There’s pain heard behind the fragile voices, which might cause some of the more sensitive viewers to tear up. For what emerges isn’t a philosophical problem, but a deeply human one, as the oppressed minorities find themselves entrenched in a battle that might consume them. As such, there’s an integrity found in this film that you might not find in say a Netflix documentary on the subject, and although the film has the scope to be a feature, it nevertheless makes its point and then some.

What’s more, the film chugs along with invention and flair, never shying away from the opening motif. Indeed, the film’s strongest moments comes not with an insight or a clever quote, but a strangely beautiful montage of men throwing themselves onto the flour that will cover their buttocks. It’s in this particular moment that the film transcends documentary into the realm of art cinema, demonstrating a keenness to shy away from this procedure. The flour that has kept us fed, is also the flour that has robbed many of our brothers of their dignity. An essential watch.

The Flour Test has shown in various film festivals around the world, including Festival Mix Brasil da Diversidade Sexual, the Beijing Queer Film Festival and Festival Fixe. The film was produced by DMovies.

As Brazil turns a tragic page of its history (with Lula's inauguration on January 1st, and Bolsonaro relegated to the bin of history), watch the film that sheds light on what actually happened - DMovies' first ever production is now on VoD [Read More...]