Our reader Mariano Garcia blends cinema with the fabulous world of literature, demonstrating that it is indeed possible to grab popcorn and read a boom at the same time

Many movies have been made from books and literature, but while most are grossly underwhelming, some have turned out far better than expected. All thanks to the incredible work of producers, directors, screenwriters, and actors who have helped to adapt classic literature into some of the most fascinating and heartwarming movies of all time.

Even if you’re not a fan of movie adaptations, you’d still have to agree that it takes a high level of genius to convert a book with lots of plot twists and character development into a few hours of entertainment. That is why the best films based on books are often more successful than the original books from which they were adapted, reaching a much larger and wider audience.

Today, we’ll talk about the best books that became movies. So read on with nostalgia as we walk you through some iconic film adaptations.

It just had to be at the top of this list. At one point or another, we have all heard about the beautiful but tragic tale of the two lovebirds, Romeo and Juliet. This classic high school read by William Shakespeare, one of the greatest writers of all time, has inspired several other books and film adaptations.

Although several movie adaptations of this classic literature have been produced, the 1968 version by Franco Zeffirelli and the 1996 version, featuring young actor Leonardo DiCaprio and actress Claire Danes, are considered the best. Brilliantly acted and beautifully shot, these versions of Romeo and Juliet will move you with compassion.

This is undoubtedly one of the best books that became movies. This iconic book has stood the test of time, gets more fascinating with every new read, and it’s just as relatable as when it was released almost two centuries ago. Since Louisa May Alcott wrote Little Women in 1868, the classic literature has been brought to the screen several times as a movie adaptation.

Although the 1994 adaptation by Gillian Armstrong, starring Winona Ryder, is widely acclaimed, the 2019 version by Greta Gerwig may just have taken the crown as the best one yet. The novel is perfectly captured and related in the most recent version. It features stellar performances from a truly remarkable cast, a series of gentle, heartwarming scenes, and top-notch production, making the movie an outright pleasure to watch.

One of the best books that became movies, Pride and Prejudice, was written in 1813 by Jane Austen. One of the benefits of reading this book and seeing the movie is that it provides an escape from daily life and takes you into a fascinating story of love between two teenagers. Pride and Prejudice is one classic movie you would want to watch over and over again.

There have been many adaptations of this classic literature, including the BBC miniseries in 1995, but the one that has drawn the most admiration from fans and critics alike is the 2005 version. With multiple Oscar nominations to its name, you can agree that the Keira Knightley and Matthew McFadden-starred adaptation is truly remarkable.

4. One Flew Over the Cuckoo’s Nest:

If you also believe that the film can never be better than the book, One Flew Over the Cuckoo’s Nest will prove you wrong. One of the best books that became movies is a classic that focuses on social principles, human minds, and general psychology.

Written by Ken Kesey in 1962, the philosophical, psychological novel was made into a movie by Milos Forman in 1975. It tells the tale of a man who pleads insanity after being convicted of a crime and gets transferred to the Oregon State Psychiatric Hospital. The movie adaptation became the second in history to win all five major Academy Awards.

Jane Eyre, by Charlotte Bronte, is one of the best books that became movies. Although there have been multiple adaptations of this beautiful novel, only a few have captured its brilliant and fascinating tale. The 2006 movie adaptation uses pleasant aesthetics, a playful atmosphere, and classic plots to capture all the nuances of this highly fascinating book.

The movie consists of 4 parts, allowing the cast more time to explore the story, exhibit the traits, and represent the diverse characters in this incredible book. Students of literature are frequently asked to compare and contrast novels and films. Such students may ask to write a literature review at PapersOwl to help them spot the differences and similarities in theme, plot, and setting. Expert writers at PapersOwl are always online to help you through this process.

6. To Kill a Mockingbird:

To Kill a Mockingbird is an iconic book about an Alabama lawyer that many of us had to read while growing up. Harper Lee’s 1960 novel is regarded as one of the best books that became movies. In 1995, the adaptation was selected for preservation in the National Film Registry.

The 1962 movie by Robert Mulligan tells the tale of an upstanding lawyer from Alabama who defends a young black man charged with murder. To Kill a Mockingbird touches on issues like justice, class differences, prejudice, and racial inequality. The movie is now widely regarded as one of the greatest American productions of all time after winning three Academy Awards.

Yeah, we saved the best for the last! The Harry Potter novel by J. K. Rowling is an internal phenomenon and is widely acclaimed as one of the best books that became movies. The Harry Potter series, produced between 2001 and 2011, is a perfect adaptation of the classic literature book featuring a little boy with magical powers. 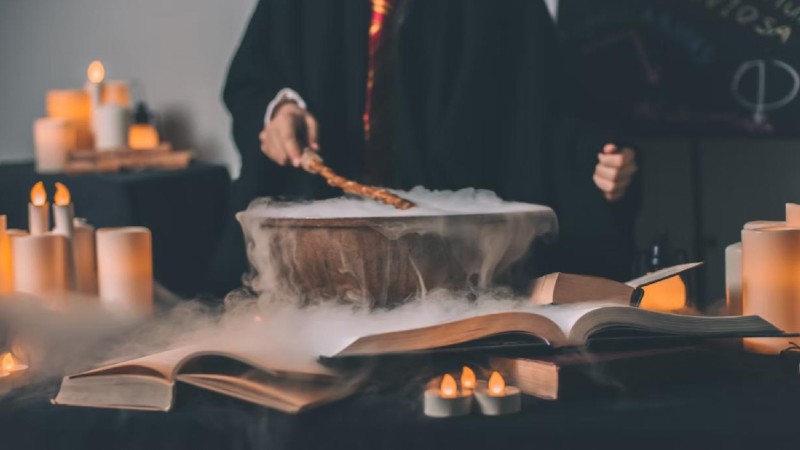 The fascinating displays of magic, plot twists, stellar performances, aesthetics, humour, and character development in the movies and novels enthrall viewers and readers of all ages worldwide. If you’re reading this article, chances are that you’ve seen the movie at least once or twice, but if you haven’t, you’re missing out on one of the most iconic series of all time.

A film or a book? Both movies and literature have a language of expression unique to them. Classic literature and books often provide movie inspiration for screenwriters, producers, and directors. Movies are either exactly adapted from books or rendered with known and new plots so that viewers can see the story from a completely different angle.

There are many classic works of literature whose brilliance and true intent were not known until they were adapted into a movie and shown to the audience. These movie adaptations help you better understand the concepts and ideas foretold by the authors of the stories. Many classic works of literature have been adapted into movies that have also gone on to become iconic.

Read the books, grab popcorn with your loved ones, and have a blast binge-watching any of the best books that became movies reviewed above.