While the title of Noémi Veronika Szakonyi’s debut fiction film is a clear reference to Marta Meszaros’ 1976 Nine Months, Six Weeks seems to be paying a more direct tribute to Andrea Arnold’s Fish Tank. Set in Hungary, where mothers are given an allocated time of six weeks in case they change their mind after giving their child for adoption, the film examines the life-defining decision of whether to keep a baby or not. It considers the feeling of responsibility that arises at the thought of having created, formed and delivered a living being into the world. Thoughts abound regarding what will be best for the child, but also, what the prospects of life hold for a teenage girl and her baby. The narrative takes us through this stage of anxiety-ridden limbo, of questioning, where the full forces of contradictory existential forces come together, where doubts suddenly emerge in the mind of the once-reluctant mother.

Szófi is keenly and exclusively focused on her after-school activities: table tennis practice. She is hellbent on participating in the European Cup and eventually, of becoming a champion. One gets the sense that Zsófi is betting all her money on this single stunt, sports becoming the only way out of the life she faces daily – an unstable mother who behaves more like a child, jobless, who systematically hits the bottle, falling asleep in front of the TV; a sister, whom the mother forgets to feed, in need of guidance, of a role model. Indeed, Szófi is already a caretaker of sorts, to a young sister and to a grown-up mother who needs to be supervised and scolded on a daily basis. This manifestation of bad parenting leads Szófi to want to avoid repeating the mistakes of her mother: an absent father, a broken home, a general sense of feeling misplaced, unwanted. She therefore carries her child like a secret; her sister is told she needs a special kind of surgery, while her sports-mates believe she has a hernia. 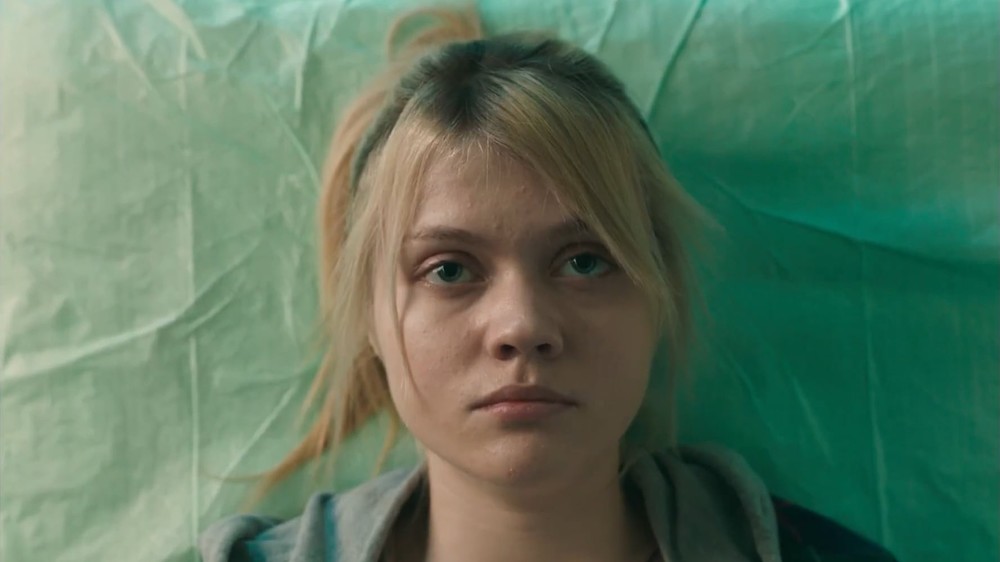 It is tempting to say that Szófi comes to view this organism slowly growing in her womb as a strange parasite, but such a term is too strong – for this is not a David Cronenberg film, rather, a film about the ambiguous thoughts and emotions that can blossom at the moment of pregnancy, of birth, and during the weeks following the adoption. There is no hatred of the baby, no unconscious, disavowed murderous intent on Szófi’s part, as is common in genre films about unwanted pregnancies. Szófi truly wills for the well-being of the child, but simultaneously sees its unforeseen coming as a huge delay to her future career as a professional sportswoman, an ideal she holds onto like a shipwreck victim to a lifesaver. The life of a sports-champion appears as a potential utopia that would lift her up from a home she considers unworthy of her. And so the film at times slightly flirts with the body horror genre, showing Szófi’s self-inflicted pain and suffering as she stubbornly continues to train, even though doctors tell her to give herself a three-week hiatus before returning to the sports hall. Consistently on edge, unyielding, she wills for that glimmer of hope, for victory. Outbursts of rage pop up when pent-up anger is too hard to repress: for instance, she violently throws a bottle of glass on the wall after a trader makes an implicit sexual comment.

Relentlessly close to the central character, the cinematography is strict and clever. Some scenes are shot with barely any coverage other than of her face, the world around her being registered on the fabric of her expressions. The adoption scene where final bureaucratic arrangements are made is captured with a single close-up, the action occurring in the dialogue, all around her. Her gaze observes tiny creatures lurking about, insects, bugs on the window screen. For a considerable amount of time, Szófi does not even wish to see the child. Her pain is especially visible at the moment of naming the newborn baby, for Szófi, above all else, yearns to keep a distance from her offspring, a distance she eventually understands as too difficult to maintain. She names the child Hannah, in a final push, a final effort, even more strenuous than the thrusts necessary to deliver a child to the world.