"Dirty gem"
Fast-rising Chinese filmmaker directs this charming tale about arranged marriage, and the intricacies that strengthen/hamper a bond of convenience - in cinemas on Friday, November 4th

This 2022 movie is making headlines in its native China, and not for the reasons you might expect. For starters, the film’s ending was a note of contention for editors, who directed some changes in the process. And then there’s the fact that it has been pulled from streaming services in the country, leading some to wonder why such a strict rule has taken place.

I can only speculate, but I suspect it might be because of the way it shows how women are depicted in the country. In the film, Cao Guiying is beautiful and headstrong, but her age (not forgetting the fact that she is infertile) causes some to suspect she will never marry. Her family considers Ma Youtie to be a compatible suitor, and a marriage is arranged between the two parties. The pair are lucky that their town boasts a collection of unused houses, but little by little the houses are destroyed, and the couple are forced to live on their modest wages in the hope of building some sense of family. For all Youtie’s efforts to do well by his wife, he is hampered by bad luck and a genuine lack of business acumen, causing him to doubt his value as a husband and an earner. 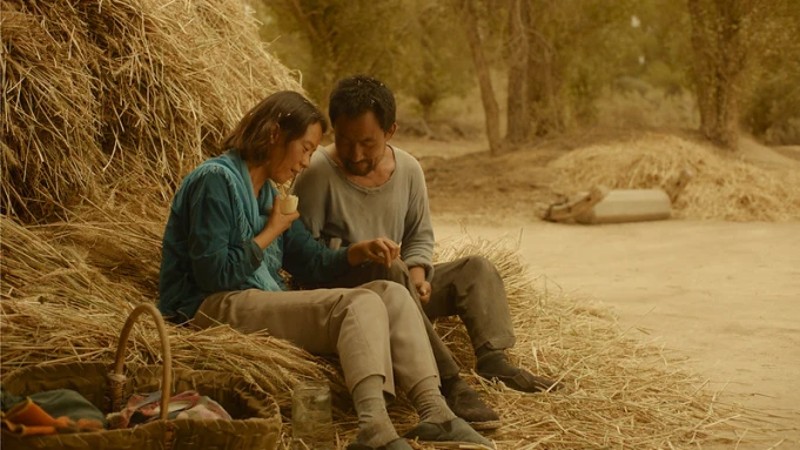 At 133 minutes, the film is a little too long, and it could have done with a trim of 20 minutes, but what emerges from the screen isn’t necessarily a story of great substance, but a document of two unfortunate people, doing what they can in a world that makes their lives more difficult. The lead performances are excellent, although Hai Qing (Guiying) wins by a hair’s breadth, showing a vulnerability that stems from her gender and her surroundings. Wu Renlin (Youtie) comes into his own later on in the film, especially as the film comes to its tragic close, centering on the work that has offered him nothing but trouble in his wake.

What could have been overblown and pompous actually turns out to be elegiac and quietly lyrical, because the film focuses on the little moments and little glances that carries most of us on our earthly journeys. There are times when the nothings feel like everything for these characters, and it’s perhaps this reality that has caused the Chinese authorities to view this film as suspicious.

In cinemas on Friday, November 4th.