The Mojo Manifesto: The Life and Times of Mojo Nixon

During the ’80s Mojo had a surprise rise to stardom with his very distinctive blend of rowdy humour and left-wing politics, one that that mocked and loved American culture in equal measure. His best-known song is probably Elvis is Everywhere, which was made with love for Elvis but whilst mocking over-zealous Elvis fans. The film jumps back and forth with reckless abandon: it literally starts at “Chapter 5.” Mojo freely admits that he is a very adept liar, and the film generally runs with his version of events but doesn’t completely take his word as gospel.

The Mojo Manifesto is directed by Matt Eskey, who was a bass player in Mojo’s ’90s band The Toadliquors, so it’s all within Mojo’s inner-circle. It’s doubtful that somebody else would’ve been interested enough to make a documentary about Mojo. The conflict with Skid Roper, who was his washboard player and backed him up on most of his most famous recordings, is acknowledged but or the most part glossed over, Skid declined to be interviewed for the documentary.

It’s a shame that despite narrative tricks, the documentary is a pretty routine affair. You get the usual talking heads interviews with collaborators and friends. You see his childhood up in Virginia and the story about being a rabble-rouser from a young age—the part about his campaign to “free the dogs” is hilarious. You get the typical rise from being a young punk singing Woody Guthrie songs to ending up in San Diego meeting up with Country Dick Montana of the Snuggle Bunnies and The Beat Farmers, and soon enough Mojo and Skid are opening shows for Country Dick’s bands. 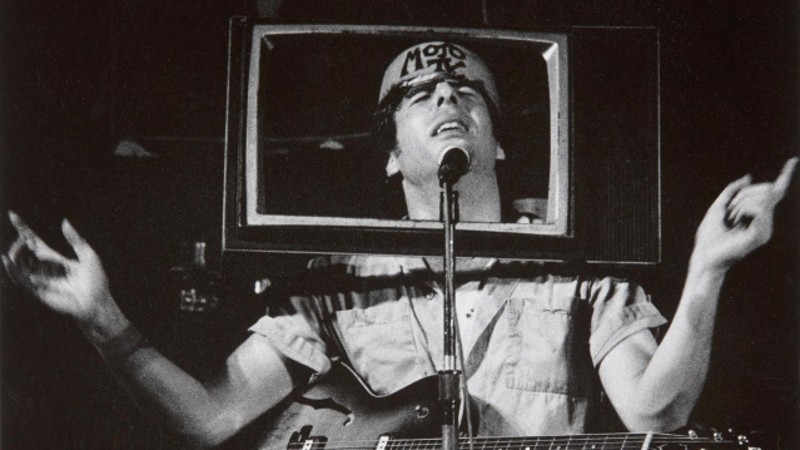 Mojo, however, is an incredibly engaging and funny guy, so it’s a fun ride for its brief 85-minute running time. He is just as wild and hyperactive as ever, and has zero fucks to give in the 21st century, just like when he was on stage back in the ’80s and ’90s. Mojo is a self-described “libertarian cynicalist anarchist” who flirted with mainstream success and a short-lived gig for MTV. Naturally, his fame died as the ’90s went along, but he never gave up the fight. His CNN debate with Pat Buchanan on the subject of music censorship is a glorious watch.

The highlight of the film is the archival footage: Eskey had a wealth of material to draw from. You get tons of riotous footage from Mojo’s shows, which are part high-octane rock n’ roll and part searing sermon on the state of world. You also get a hilarious MTV report on the making of his “Debbie Gibson Is Pregnant with My Two-Headed Love Child” music video, which stars Winona Ryder. There is irony due to MTV Reports here, because the channel actually refused to show the video. There is a little bit about Mojo’s occasional acting career, mainly his bit part in the Jerry Lee Lewis biopic Great Balls of Fire, which is how Mojo and Winona crossed paths.

The Mojo Manifesto: The Life and Times of Mojo Nixon may not be a earth-shattering look at the man or even his music, but it’s nice to see a musicians in his 60s whose energy, passion and self-deprecating sense of humour hasn’t diminished at all. More people should take a leaf out of Mojo’s book and speak their mind and fight censorship at any cost, the world would be a better and healthier place. Anybody who makes a country record with the Dead Kennedys’ Jello Biafra and writes a song wishing for the death of The Eagles’ Don Henley is alright.

The Mojo Manifesto: The Life and Times of Mojo Nixon premieres at the Doc’n Roll Film Festival, which takes place between October 27th and November 13th in 13 cities across the UK.