Director - Jons Jonsson - 2022
John Bleasdale arrives at the Bergen International Film Festival and ponders about the assumption of honesty, while also reflecting on the very first film he's caught.

It starts at the airport where a large illuminated sign over the car park reads wryly: “BERGEN?” I don’t know; you tell me. With flights delays, cancelled flights and a mad dash through Munich airport, I’d managed through some manipulation of the space time continuum to arrive four hours earlier than my original ticket had allowed. When we come out to get the car, the driver Farid is surprised to find it locked. “I don’t usually lock the car,” he says apologetically. “I must have done it accidentally.” Farid tells me here the police are like helpers: ‘They’re not really the police.’

Norway always comes as a revelation. I relax suddenly aware that I no longer have to be on the defensive about my personal space or belongings. The whole time I’m here no one checks my ticket, they just ask me where the film is and direct me to the correct place. When I go for breakfast at the hotel no one asks for my room number. Like Sean Connery says in The Untouchables: ‘Why would some claim to be that which he is not.’

This assumption of basic honesty is surprising in the way I’m surprised. In other words why not? Why base our entire society on the number one priority of catching the dishonest; the over-riding assumption that everyone is sneaky and out to game the system? In this Norway is similar to the imaginary country in Ricky Gervais half-excellent comedy The Invention of Lying (2009). It isn’t perfect – there are homeless on the streets and everything costs iPhone prices – but in this one respect they excel. There’s no better criticism of a society, than another society. 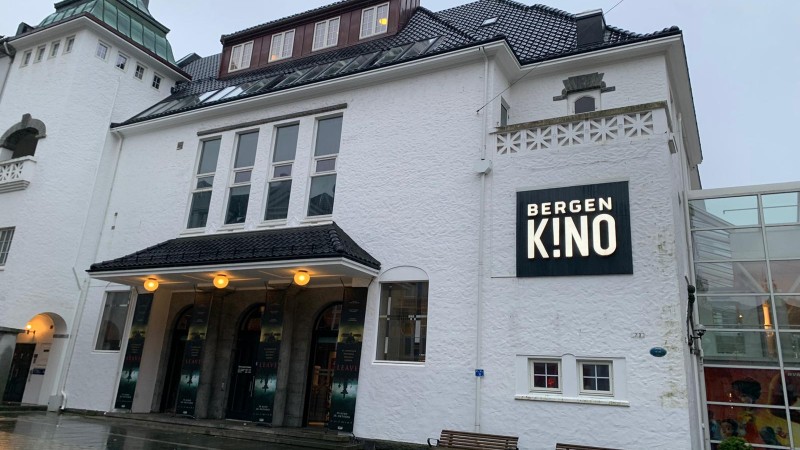 Having said all that I’m here to watch films. So what films have I seen and how do they relate to this no doubt rosy tinted superficial glance at Norwegian society?

Well, the first film is Austrian and is about a pathological liar. In Axiom (Jöns Jönsson), Julius (Moritz Von Treuenfels) is a charming young man with a job as a museum guard. He is friendly and outgoing. The kind of person who strikes up conversations with strangers on the bus, or invites a new co-worker along on a boat trip. But he has a knack of dominating the conversation with his odd but amusing anecdotes. But there are danger signs straight away. A story he’s overheard becomes his own. The boat trip – we find out – has been promised many times and never actually realised. When the title turns up about fifty minutes in, all but the densest in the audience will have realised that Julius talks so much bullshit that even when he isn’t talking bullshit we assume it’s bullshit and so nothing he says has any value whatsoever.

And yet he still seems like a nice guy. His deceptions don’t seem to earn him anything and he’s in constant danger of being embarrassed, caught out, humiliated. In fact, those who know him longest – his brother, his family, his flatmates – treat him with a mix of bafflement, exasperation and contempt. Julius has no master narrative like the protagonist of Emmanuel Carrere’s book The Adversary who spent decades faking a career as a doctor to all who knew him. And society proves fairly resistant to Julius’ charms. He’s met with skepticism and several times revealed, at which point his face goes blank and he withdraws. Julius is the main victim. He lives an inauthentic life, unable to keep relationships or operate for long without weaving some version of himself that’s going to Japan to study or has just got a contract to build the Serbian embassy.

Swedish director Jöns Jönsson, in only his second feature, Axiom, is masterful in his composition of long shots where the framing does all the work as we sit and endure the latest of Julius’ performances, occasionally salted here and there with a poignant significant close up. Treuenfels gives a sympathetic performance, an imposter without the syndrome but who ultimately relies on the kindness and gullibility of others until he wears it through.

John Bleasdale is pictured at the top of this piece, and one of the Bergen’s main cinemas is pictured below.