Una Femmina – The Code of Silence

This audacious nominee for the Best Feature award at the Berlinale 2022, now screening at Raindance, is a genre-inflected meditation on patriarchal power as it becomes ensnared with organised crime. Offering a highly personal work, Calabrian director Francesco Costabile reflects on the models of domination prevalent during his childhood, which ‘left their mark on (him)’. Through the portrayal of tightly-regimented violence in the Calabrian region, with its drifts into momentous gang war and bloodshed, a picture comes to life depicting the deadly elements which society pushes to the side, dissimulated, and yet, which remain at the core of it in various forms.

In this sense, Costabile’s childhood under the oppressive network of the mafia, finds a channel of expression in the story of Rosa, an orphaned daughter living with her uncle, grandmother, aunt and cousin, a constellation of family members who operate within the vast network of clans and mobs, altogether composing the horizontal structure of the N’drangheta, one of the most powerful crime syndicates in the world. To free herself from the law of the Father, in all its dimensions, she must strategically attack the N’drangheta from within, striking a nameless blow against her uncle, effectively triggering an unforeseen clan war.

At the heart of Costabile’s uneasy drama is ‘Rebel Women. How Women Will Save the Region from the N’drangheta’ by Lirio Abatte, a journalist famous for the investigations which exposed the links between the mafia and the Italian political establishment. Indeed, Abatte’s work shed light on the women who rebelled against organised crime in the form of a collection of real-life stories, a dense archive of ‘human material’ and testimonies, which Costabile drew from and synthesised into what became Una Femmina.

Key to the writing of the central character Rosa was the testimony of Denise Cosco, a real-life victim of the ‘Ndrangheta, and daughter of Lea Garofalo who disappeared under strange circumstances. Denise’s fictional double, Rosa, is a young rebellious woman in her twenties, increasingly tormented by her mother’s disappearance when she was a child. In the spiritual mother/ daughter relationship lies hidden the unshakable ties between women, also depicted in the allegorical final sequence where we are shown a procession of black-veiled women singing in somber unison through the narrow streets of a southern Italian village: a choir of bitter and rebellious anger. As Rosa faces the camera directly, against a background of mourning female figures, the finale seems to be shouting ‘Women of the world unite!”. A plea for unity which would assail patriarchy, but also antagonise pernicious characters such as Rosa’s grandmother, a personification of the tacit sustainment of patriarchy by certain women themselves. 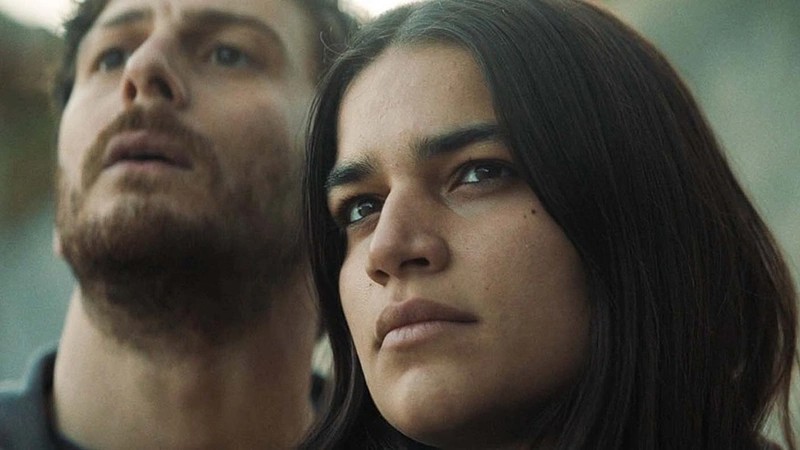 Lina Siciliano has been widely praised as Rosa, bloodthirsty, and yet calmingly seeking the fulfillment of her vendetta. Costabile apparently stumbled upon the actress in a family home, as he was researching for potential actors and extras. Siciliano delivers, in her pungent expression, the yearning of countless anguished women.

As for its style, the film hinges between psychological horror, melodrama and thriller. However, this blending of different tonalities does not save the film from feeling slightly ‘square’. One wishes the film may have been given a more pronounced authorial stance. The final scene is visually arresting, as it enhances certain formalistic elements such as the staging and the music, but overall, the language deployed by the camera can feel at times repetitive and insipid. A more dynamic use of composition, blocking and editing could have given this necessary story a singular charm.

Towards the final act, Rosa’s plot backfires in a dramatic way: she has triggered a clan war, ousted her anatagonists but is now confronted with an absurd situation which surpasses all she could have expected. Once this reveal is made, it appears the film strongly wishes to arrive at its culmination, and thus wraps up its final narrative events without giving its characters enough psychological depth to fufill this undertaking. I am tempted to say that Rosa’s narrative, from daughter to wife, until finally becoming a police informant, having to face ever new recesses of power, could have served as a fascinating sequel film, a follow-up to the first part of her story. In its rush to conclude, the film leaves out some details which could have explained why the chief mafioso was so keen to espouse her, while in the full knowledge that she is guilty of triggering the very bloodshed that disturbed the peace instored after years of war.

All in all, the film remains a meaningful document casting light on the organisation and culture which is reported to control 80% of cocaine’s trade in Europe. It is successful in depicting a culture which survives and grows in parallel contexts, in remote farms amidst sparse and arid landscapes, as if removed from the advance of world history. In such places, violence is the syntax of the everyday, where every man, receiving the thrashing of the brutal world, the obligation to bow down to extortion and racketeers, is thus pushed to adopt a role as small-time tyrant of the household — the only domain they can control, and understand as theirs. And so the mass of accumulated anger, of pent-up resentment, having remained unchanneled for years, blocked, finds release in the expression of male power and in the intimidation of women.

Una Femmina is released in selected cinemas on November 4th as part of the Raindance Film Festival.