This is National Wake

Out of the depths of the underground culture of a fascist state, there emerged a group of newly-allied black and white brothers, whose decision to share the stage by forming a band put all their lives at risk. Retrospectively, this act became a revolutionary gesture signalling the end of an era, and furthered South Africa on its way towards the dissolution of apartheid. Strategically baptised ‘National Wake’, as a parody of the ludicrous amounts of elements of daily 1970s life receiving the title of ‘National …’ (National Party, National Press, National Radiators), the band’s intriguing, yet tragic story is related back to us in this energetic new documentary.

What has become the first-ever multi-racial punk band was composed of an orphaned Jewish guitarist, the Soweto brothers Gary and Punka Kohza, taking control of the rhythm section, and the white lead guitarist Steve Moni. National Wake has had a cult following since the time of their emergence, known for producing what could have been the most dissident music of the entire 20th century. The very act of performing together was illegal, and thus subjected them to the constant threat of repression by the government. The band members also started living under a same roof, in a house they described as a sanctuary for the creation of freedom songs, which became a further ‘middle finger’ to an establishment hell-bent on undercutting any possible interraction between blacks and whites.

Composed as a sort of tour through the band’s archive footage, mostly dating from the ’70s to the ’90s, the film unveils the tragic story of a few talented friends whose artistic potential was smothered by an order unable to listen to its youth. The film strikes at the heart of such power structures that prevented the musicians from blooming, and depicts the dire circumstances which eventually led to the exile and tragic demise of the two brothers: bassist and keyboardist Gary, and the robustly spirited drummer Punka. 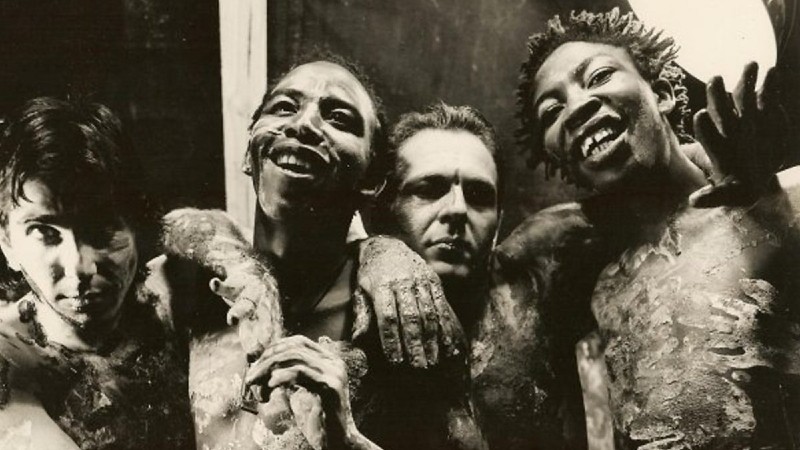 Indeed, as soon as the band was poached by the music industry, things turned sour. The band fell apart under the constant demands of professional musicianship, but, further, the tides of power proved extremely difficult to surmount. Soon after its publishing, the band’s first record was pulled out of circulation; and shortly after, eviction letters were received, with the band losing the sanctuary of the house. There was no glimmer of hope that the government would ever hand over power. This situation of hoplessness led to the decision to leave in exile. Punka emigrated to Ireland where he formed one of the founding acts of Irish punk, before tragically dying from HIV. Gary, portrayed as the band’s prodigy, an inward-looking, eloquent musician, roamed about the 1980s London jazz scene before leading a decades-long inner battle against mental illness, finally committing suicide in the 2000s.

While the film is successful in presenting the structure of a fatal narrative, it is a shame that the audience is not given a more in-depth sense of who the actors of this tragedy are. On screen, we are only shown archive footage: the interviewees who speak over the super 8 images are never present. At times, images of the speakers do arise, only momentarily though, without them necessarily speaking. This points at the incoherence of having shot interviews and then, decided to hardly use the resultant footage. This rather awkward format prevents the audience member from immersing deeper into this fateful tale. Having said this, the viewer can still hold on to the powerful message of the film, and will doubtless think about adding a few of the National Wake’s songs to their playlists.

This is National Wake premieres at the Doc’n Roll Film Festival, which takes place between October 27th and November 13th in 13 cities across the UK