Meet the women at the helm of Raindance!

Now on its 30th edition, Raindance promotes two women, Martyna Szmytkowska and Malaika Bova, to Artistic Director level, ensuring an all-female trio at the head of programming; we asked them what we should expect from the event this year and also in the next three decades!

Raindance takes place between October 26th and November 5th. Check out the full programme and grab your tickets by clinking here.

Victor Fraga – Raindance hasn’t just one, but two new artistic directors. Can you please tell us how this came to be?

Martyna Szmytkowska – The short answer is: Two heads are better than one.

In all seriousness though, Raindance has been growing for years, the number of submissions has increased enormously, we receive many films and we scout for even more in festivals all over the world. Emerging talents increasingly rely on us to start their festival run. Therefore we need a team, a structure, that allows us to make justice to the incredible amount of creative projects and fresh voices that are out there.

VF – For the first time, three women are at the helm of a Festival. How will this impact your film selection criteria? Should we anticipate significant changes in your programme?

MS – The fact that we are both women definitely has a strong influence on our curation, we won’t hide that. Personally we are both strong advocates of female talent and actively seek out work of female directors, or in fact even all female crews films. However this is just one aspect within a larger festival vision, which aims at being as inclusive and diverse as possible.

VF – Raindance, the UK’s largest independent film festival, is now 30! What is it that makes Raindance and its films truly “independent”?

MB – First of all let’s be clear that for us independent film is not about the financial resources backing the film or the way it’s been produced,  but it is about the film’s content and style. For us ‘independent’ is more a synonym with ‘original’, ‘edgy’ and  ‘breaking the rules’ and that originality and freshness, finding the new ways of storytelling through film and finding new trends on the film scene is what we look for.

MS – With all that said, what is really important for us is that the film has an ability to establish a strong communication with an audience, rather than alienate them with its experiments. What we hope for is that, as in the past, what is edgy now will eventually be absorbed into mainstream and diversify the film offer for everyone, not just the festival goers. 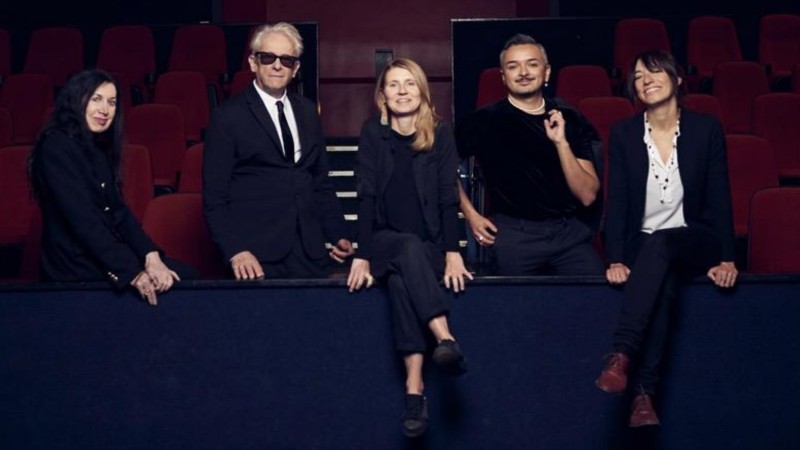 VF – Raindance is a very diverse film festival. This is evident in the breadth of the sections: debut, international, horror, Black history, documentary, queer, and much more. Please share with us the secrets of diverse programming/curating!

MB – Going back to what we have already mentioned about the diversity we put emphasis on including a breadth of films in our programme, so we’re pleased to hear that this is already something you picked on. But an inclusive programme does not just happen. We are all inherently biased and we can’t cover it all. We need to make alliances to involve minorities and different communities and provide a platform for their voices, always  ensuring the cinematic quality. There is an incredibly vibrant debate in British institutions keen to put inclusivity at the top of their agenda and we want to collaborate with them to implement our vision. If we want to be inclusive we need to root our festival into this context.

VF – Which countries or regions attracted most film submissions this year?

Martyna: Finally an easy question!! We always receive a lot of submissions from US and this year was no different. Indie cinema is thriving in the States.

VF – You have a stellar film jury, made up mostly of actors and actresses (Damien Lewis, Tuppence Middleton, Tom Bateman, Naomie Harris, Anne-Marie Duff, Daniel Bruehl and many others). Is there are reason why thespians are so prominent this year?

MB – We would not say they are prominent but they are just easily noticed! As every year our jury comprises actors but also a lot of industry people whose faces might not be as known but whose work sure is.

VF – We are now in post-Pandemic mode. Has the world of cinema returned to what it was before Covid-19, and will it ever? Do you expect the same audience numbers? What are the biggest lessons learnt in the past two editions?

MS – In short, no. Nor will it ever come back to what it was, but that’s just the nature of the ever-evolving film industry, and it’s not a bad thing. It does not mean film numbers and audience numbers went down, it just means the way the content is now viewed is different. In our opinion in this context the festivals now have an even bigger responsibility, which we remind ourselves at all times, of offering the films the theatrical experience and giving the filmmakers an opportunity to connect with live audiences, and vice versa.

VF – Raindance films will be available throughout the UK via new streaming partner Bohemia Euphoria. Are hybrid screenings and hybrid film festivals here to stay, or is this a short-term repercussion of the Covic-19 pandemic?

MB – I think that online viewing and hybrid festivals are here to stay, at least that’s what we think. It has given us, and I’m sure other festivals too, a fantastic opportunity of reaching out audiences that would have not been able to access the festival films and it meets the needs of a population that is increasingly watching films online.

VF – Where do you see Raindance in 30 years?

MB – Oh boy! We don’t know. But we definitely have a plan for the next few years which we can sum up in three easy points.

MS – First of all, we don’t want to lose the legacy of the festival motto ‘Discover be discovered’ but build on it and make it even stronger. We want to become a platform new directors think about right away when starting their festival run.

MB – Secondly, we want to make allies with the film industry in the UK and globally, constantly keeping a dialogue with all the relevant industry organisations. Film is a collaborative medium, and so are the festivals. We are stronger together.

MS – Thirdly, we want to create a vibrant platform not only for the filmmakers but also for the audiences, as they are as much a part of the festival environment as the presented films. An important part of our vision is to present arthouse and independent talents to a wide audience. The films are not alive if they’re not seen. Let’s watch them together at Raindance!

The Raindance Kid speaks up!

DMovies's editor Victor Fraga talks to Elliot Grove, the man behind London's favourite film festival entirely devoted to independent cinema (which starts on the 27th); they talk about "downtrodden" movies, genre, the future of online screenings, and more. [Read More...]

A striking debut from up-and-coming Ukrainian filmmaker, this relentless tale of survival blends in folklore with the gangster genre - from the Raindance Film Festival [Read More...]