Getting it Back: the Story of Cymande

"Dirty gem"
"The greatest funk band you’ve never heard of" comes from the heart of Britain; and it turns out their songs aren't as obscure as you may have thought - from the Doc'n Roll Film Festival

One of the many artists that were inspired by the great funk band Cymande says: ““Funk music will never die, it will live forever”. this creatively profound film is proof that what they say is true and will forever be so. It happens more often than you think the struggle to place a band or an artist through straight memory alone. What you need is some music to flick that switch; a recognisable beat will soon reignite the memory of the band you’ve been thinking about all day. So, tell me this, listen to The Message or Bra and then tell me you’ve not heard Cymande: the greatest funk band you “haven’t heard of”. You wouldn’t be alone though because for the past 50 years the band’s songs have travelled around the world, whereas the band itself, well, they were back in London wondering how they never made it big.

The Story of Cymande premiered at the London Film Festival recently, and what director Tim MacKenzie-Smith has created is not only a brilliant biography of the band, but it is also a proper music lesson where you not only learn about the history of Cymande, but countless other bands and artists that range from hip-hop, rock, and punk music, all of whom have been influenced by Cymande. But as the film tells us, the band wasn’t successful in England and it led to a breakup, which is why the film is brilliant at manoeuvring the narrative towards the success that they ended up having, especially in the United States. They couldn’t get enough of funk music and Cymande became a huge source for bludgeoning artists to create their own sound, with their songs eventually being sampled by rappers and DJs all over the country, and then the world. Did Cymande even contribute to the popularity of the Disco movement? You’d better believe they did, and that was just the start of it.

Influence is key for the film’s structure though because it is littered with interviews from the influenced, although they’re more like testimonials about the band’s greatness. These interviews are superb though because they are full of great variety like when we meet the Ruthless Rap Assassins and Greg Wilson from England before we move to the States and hear from Louie Vega, De La Soul, and even Masta Ace, and it is only in these words that you truly understand the greatness of Cymande and the respect they have generated over the years. It all led to them arguably being one of the most influential bands of the last 50 years – not bad for a “small” group from South London, is it? 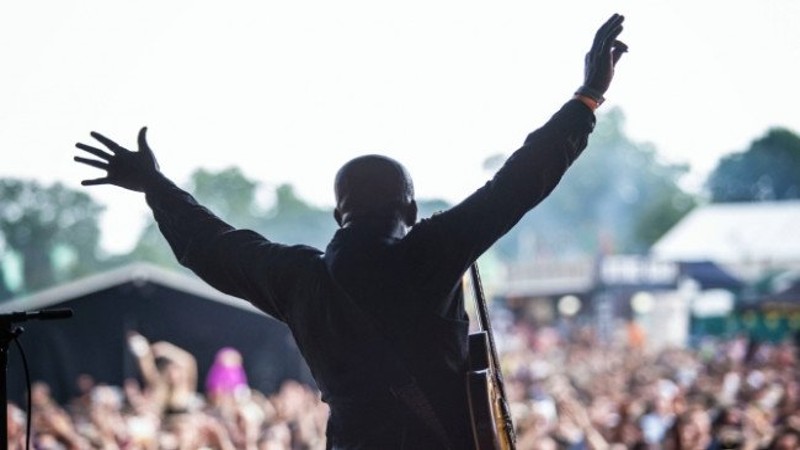 This is the latest in a long line of musical documentaries about “unknown” artists, in a similar ilk to Searching for Sugar Man, but unlike Malik Bendjelloul’s 2012 film that sent us on a journey of discovery for a lost character, it is the band itself that sheds the light on their story, sending us on a very different path. But seeing as we’re on the topic, the two films have an incredibly powerful connection with each other, one that is bigger than music. The Story of Cymande is also a film about racism in the UK, something that was rife back in the ’60s and ’70s, arguably its worst period. But what stemmed from this hostility was a wealth of creativity for musicians who thrived in this anger; it offered a much-needed distraction and resulted in wonderful music of all genres – and like the old blues saying goes “every bad situation is a blues song waiting to happen,” the same can be said here, and how true that really is.

This wonderfully pure documentary is also aided by the fact that Cymande is such an authentic group of fellas; they are all so effortless and brilliant to watch that we should all just give up trying to ever be as cool as them, it’s not going to happen. But it’s not just the members that are cool because the cinematography and quick editing are as stylish as it gets, with the film’s pacing being dictated by creative collages and impressive visuals that hit the perfect note. It’s very bittersweet though, because like the late great Pablo Gonsales said (the band’s enigmatic percussionist to whom the film is dedicated) “I thought we were going to make millions,” they might not have had financial success, but their legacy is as strong as it could ever be.

Getting it Back: the Story of Cymande shows at the Doc’n Roll Film Festival, which takes place between October 27th and November 13th.