"Thoroughly sanitised movie"
Subpar spy thriller posits a former dancer as a James Bond type spy; the outcome is as bland as it sounds - in cinemas on Friday, September 2nd

Riverdance, the reinvigoration of Irish choreography, is generally heralded as a cultural touchstone for the development of the modern Emerald nation. Riverdance began life as a spectacle, a Eurovision interlude that offered viewers a respite from the maudlin ballads that populated the tv screens. And in the centre stood Michael Flatley, an American dancer who turned into an Irish superstar, who utilised his stealth and good looks to create a wild, wilful persona that could easily have been used to strong effect on Blackbird, his debut feature as an actor, writer, producer and director.

Seemingly, Flatley ignored the principals of dancing. He chose this medium to showcase the abilities that supposedly lie at his disposal, and unlike the rigours of dancing, he seems decidedly disinterested in demonstrating the combined abilities of a team to great a purposeful whole. Indeed, Blackbird is nauseatingly self-aggrandising, exhibiting the worst traits of celebrity posturing, culminating in a story that’s as vacuous as the lead that presents it. What we’re left with is a spy film that’s flatter, and certainly less funny, than the shameful pastiche Neil Connery recorded in the 1960s to put himself in direct competition with his more successful brother.

The story, on paper, has promise: Victor Blackley, an Ian Fleming – John Le Carre hodge-podge, is called back into the secret service when it’s discovered that a secret organisation known as The Chieftains (a very poor nod to the excellent Celtic band of the same name) are preparing to create havoc on the world. Blackley, a widower who has given up spying for the Mediterranean climes, comes across a familiar foe at a hotel, and decides he has to act in order to save everyone he loves. So far, so James Bond, and hot on the heels of the genuinely boring No Time To Die (Cary Joja Fukunaga, 2021), this had the potential to be a campy, kitsch romp for the masses. 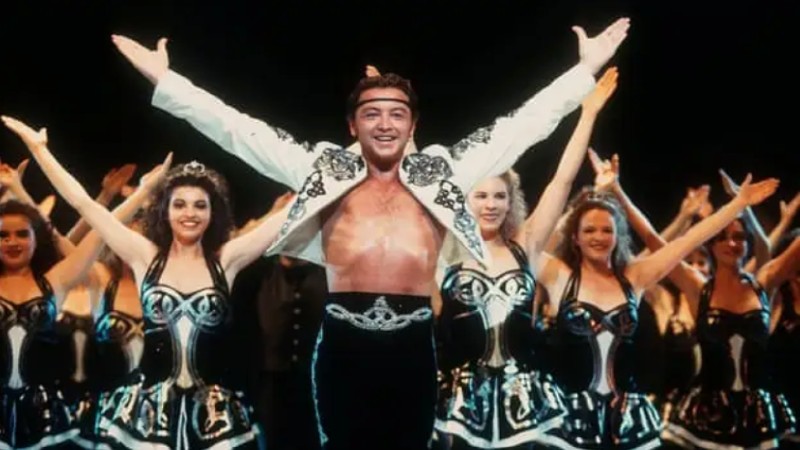 It’s just a shame that Flatley simply can’t act, and regularly flits between boyish to boorish, which makes him a less than interesting adversary to Eric Roberts thug, despite Roberts penchant for hammery and hi-jinks. The set pieces, which should be lavish, are duller than the Riverdance re-runs that populate an Irish Saturday evening serial, and there’s no denying that Nicole Evans – who appears in many sumptous gowns throughout the film – has no chemistry with a lead whose only experiences of acting were the giant smiles he slapped on his face as he appeared at the Eurovision Song Festival with impish, idiotic abandon.

Simply put, Blackbird is an appalling work: It’s overlong, over-indulgent and undersexed, which is the only thing it might have had going for it. Flatley proves to be as flat as his surname suggests, which might explain why some of his line readings (“Forgive me, father, for I have sinned…”) are met with laughter with some of his co-stars and crew. The film might enjoy another creative birth as a cult film, but that would be giving Blackbird more credit than it deserves. Instead, it should ruin Flatley’s side hustle, returning him to the dance halls where he belongs. Spying should be left to The Professionals – a la Timothy Dalton and Daniel Craig – just as Riverdance should be left to those with a disposition for the Celtic rhythms.

Blackbird is in cinemas on Friday, September 2nd.

Retired from Her Majesty's Secret Service, James Bond is called back into duty when he uncovers a plot that could wipe out mankind - now on most VoD platforms [Read More...]