But Switzerland, despite the obscene prices, is a very nice place for rich people to retire. So many iconic people move there in the latter stages of their lives. James Joyce died in Zurich in 1941. Tina Turner moved there in 2013. Patricia Highsmith — commemorated in Loving Highsmith (Eva Vitija) in the Panorama Suisse section — literally died directly in Locarno in 1995, while Douglas Sirk is buried in nearby Lugano.

I didn’t hear “The Best” blasting across the Piazza Grande, but in two nice moments of serendipity, my wife sat in our hotel room reading the Ripley novels while I used some free time to check out the Douglas Sirk retrospective. Both novelist and filmmaker have been long gone, but their influence on our present popular culture is unabating. 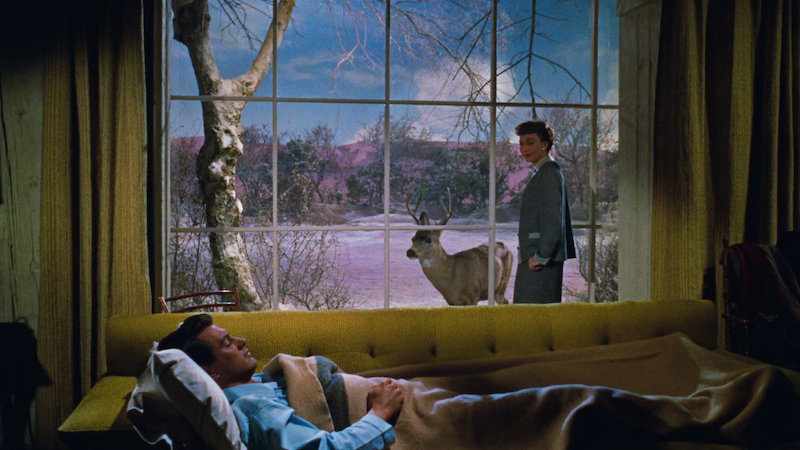 And I truly needed some Sirk to counteract the programming at Locarno (covered both by myself and my colleague John Bleasdale), which, although bold and fascinating as usual, veered deeply towards the darker parts of human interaction. Starting with a deepfake exploration of dictators stuck in purgatory thanks to Alexander Sokurov’s competition entry Fairytale, continuing with the war-as-stasis theme in the endlessly repetitive Sermon to the Fish (Hilal Baydarov), and ending with a three-hour tribute to passivity with Tales of the Purple House (Abbas Fahdel), the Concorso Internazionale looked at the present moment and decided there is incredibly little we can do about it, either on a personal level or a political one.

And from the first and second feature competition Concorso Cineasti del presente: the deeply dark tale of Astrakan (David Depesseville, pictured below) — luring one into a simple coming-of-age story before cruelly stealing that childhood away in a triumph of style and beauty in service of narrative ugliness; Arnold is a Model Student, an oddball school satire that doubles up as authoritarian critique; and the suicidal fixations and societal breakdowns of Safe Place (winner of Best Emerging Director in Juraj Lerotić and Best Actor Award in Goran Marković). Some optimism might’ve been found in Before I Change My Mind (Trevor Anderson, pictured bottom) — a pleasant enough coming-of-age story — but it was too slight to make a difference. First time directors might want to make their mark with tragic stories, but piling them on top of each other made for a brutal experience. The programming choices were rarely safe, but they could’ve done with some stylistic variation. It asks the key question: why do comedies so rarely play in competition? 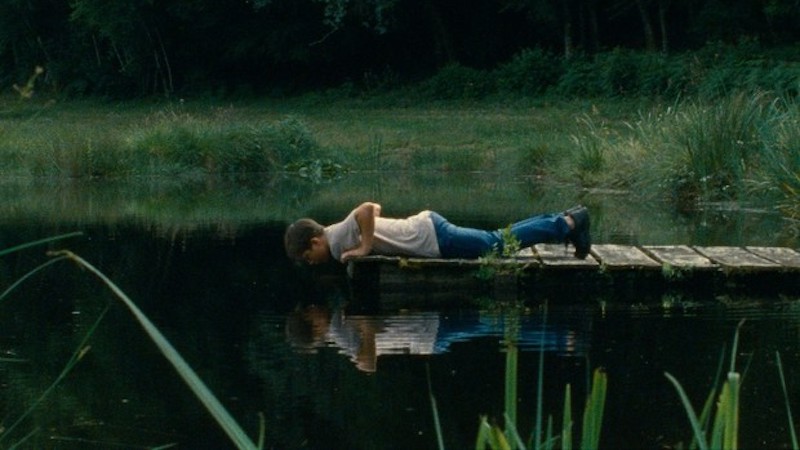 I know the world is a dark place right now — war, droughts, inflation, etc — but some optimism wouldn’t go amiss. That’s why I was so happy to see Rule 34, a film that doesn’t just ask questions but actually explored some answers, take the top prize, showing that even in a country such as Brazil, ruled by someone as incompetent and quasi-fascist as Jair Bolsonaro, pushing back is possible.

Meanwhile with Douglas Sirk, we get an unambiguously happy, norm-breaking ending in the form of Take Me To Town (1953) — a peppy comedy-western filled with glorious costumes and brilliant musical numbers — and the complexity of society’s prejudice pushed back against in All That Heaven Allows (1955, pictured up top), an incredible revelation beamed in 35mm.

Sadly, I cannot claim to have “discovered” Douglas Sirk, a director almost everyone in the film industry admires for his savage satire, dynamic use of light, and elegant blocking. All That Heaven Allows, for example, was prefaced by Todd Haynes fully geeking out about his favourite director. Nonetheless, experiencing his films on the big screen has completely transformed my opinion of his work, which I previously admired but never really counted among my top directors. Now its blindingly obvious that his melodramas are some of the finest art committed to screen. It’s just sad that it’s almost a completely lost form, as realism — and almost all of the competition entries were rooted in capturing a sense of “authenticity” — takes over as the most “serious” art form. 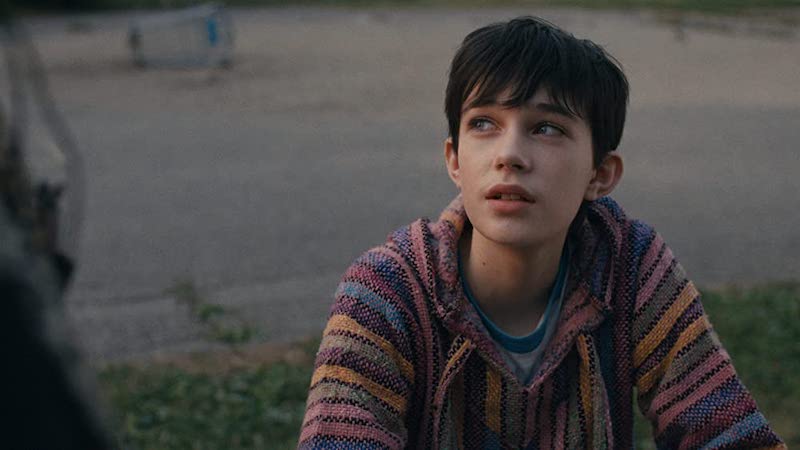 Still, if the films themselves were miserablist, the experience of Locarno remains as enjoyable as ever; whether it’s walking through the quaint, buzzing old town during the day or night, sitting in the dark screen of the Teatro Kursaal, discussing films with like-minded folk, or even enjoying a negroni or two from the Campari Lounge (great choice of sponsor!). And the true magic of a film festival was found in a ramble to Ascona — ducking out of the Pardo Di Domani party, we discovered a bar where the owner Salvatore turns paper into cigarettes and lighter fire into pearl necklaces. Roaring back to full normal life after last year’s light-touch coronavirus controls, these kinds of moments displayed the true value of being physically present at a film festival. Locarno, irregardless of the offerings themselves, is always a pleasure; hopefully next time I can rave a little bit more about what’s actually on show.

Read all of our Locarno Film Festival coverage now.

A fun exploration of the connection between sex and law, pleasure and pain, Rule 34 is a sexy and smart Brazilian film — live from Locarno. [Read More...]

What to Look Out for at the 75th Locarno Film Festival

A mixture of arthouse and Hollywood efforts characterise a diverse programme at the 75th Locarno Film Festival — we look at the films to put on your radar. [Read More...]