What to Look Out for at the 75th Locarno Film Festival

A mixture of arthouse and Hollywood efforts characterise a diverse programme at the 75th Locarno Film Festival — we look at the films to put on your radar.

The Locarno Film Festival returns once again for its 75th edition, providing its characteristic and eclectic mix of arthouse cinema and crowd-pleasing fare. Whether you’re an arduous cinephile or someone just looking for a good time, the cinemas alongside the Lago Maggiore — stretching from the magical Piazza Grande to more intimate indoor theatres — have a little something for everyone.

If 2021 was testing the waters within strict coronavirus protocols, 2022 promises to be even more relaxed, fully returning to the traditional hustle and bustle that characterises the joy and discovery of in-person film festivals. Giona A. Nazzaro returns as artistic director for a second year, providing a steady hand to an event steeped in tradition but still committed to pursuing new and exciting art forms.

Consider the contrast between the opening film and my most anticipated competition inclusion. The opening ceremony is yet another American action film, David Leitch’s unavoidable Bullet Train. Starring Brad Pitt as an assassin on a high-speed Japanese rail-line, I have been subjected to the trailer at least 100 times in cinemas; so many times in fact, that it gives off the impression that it simply won’t be very good.

Meanwhile in the Concorso internazionale, legendary Russian director Alexander Sokurov returns after seven years with Skazka (Fairytale) — pictured below. It’s a mysterious hybrid effort blending archive and newly-shot material that comments on both dictators and the fate of the planet. Rejected by Cannes due to political reasons, it sounds like a fascinating experiment that is sorely needed as the Russian state is slowly collapsing. 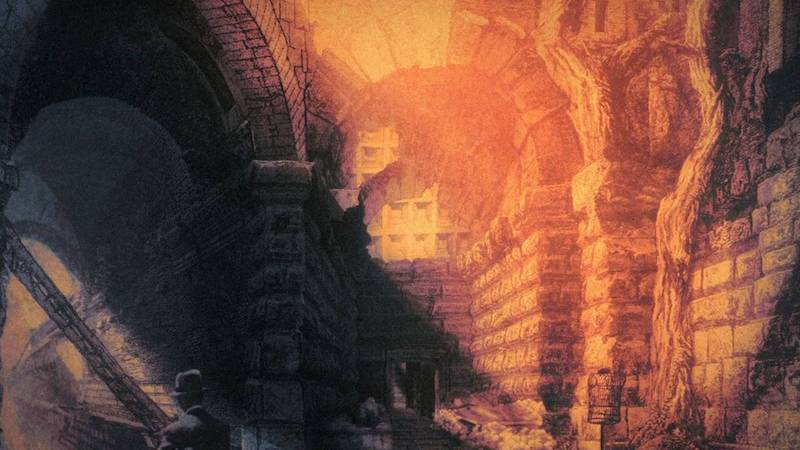 If Sokurov is the big name on the arthouse scene, the other directors in the competition are unknown to me, stretching from Italy to Brazil to Indonesia. All promise fascinating perspectives: there is a COVID-19 immigrant drama in the form of Mahesh Narayanan’s Ariyippu; a study of toxic masculinity in Bowling Saturne (Saturn Bowling); sea-bound drama in Human Flowers of Flesh; and a look at modern faith in the Austrian Catholic boarding school film Serviam – Ich will dienen (Serviam – I Will Serve).

More populist efforts can be found back on Piazza Grande with the Daisy Edgar-Jones starring Where the Crawdads Sing (which I’ll save for streaming) and My Neighbor Adolf, which, yes, sounds exactly like its title suggests. For those more interested in cinematic history, Douglas Sirk’s exquisite Imitation of Life (1958) plays on 35mm (as part of a wider retrospective), while New Wave-heads can get their kicks with Laurie Anderson’s 1986 Avantgarde concert movie Home of the Brave.

It’s usually around the edges that a festival truly comes to life. (Last year, my most notable experience was a Peter Greenaway film that didn’t even play officially at the festival.) For first and second-time directors, Concorso Cineasti del presente provides a chance to discover emerging talents, while the truly out there Fuori concorso section promises a zone where cinema is set free from any expectations or tradition.

I never try to read too much into what is playing, enjoying the thrill of the new upon walking into a cinema with little idea of what to expect; making the Locarno Film Festival such a unique experience. I shall be attending between 8th-12th August to report from the frontlines, providing reviews and insights from one of the best film festivals in the world.

This year's incarnation of the Ticinese festival served up a fascinating selection of both auteur and genre works. This critic had a great time. [Read More...]

We bring you one of the first-look reports from Peter Greenaway's latest film WALKING TO PARIS, screened secretly at Locarno, with the official premiere still to be confirmed [Read More...]

Giona Nazzaro, the new artistic director of the Locarno Film Festival, is teeming with optimism, enthusiasm and new ideas for the prestigious event, which could be the first of its type to return to physical format this year - in exclusive interview [Read More...]