"Dirty gem"
Boxing drama featuring Russell Crowe and partiaclly inspired by the life of Jem Belcher deliver emotional punches that hit harder than the physical blows to the head - on Prime Video on Friday, July 22nd

This 2022 film is an essay on the purity of boxing, but it’s also something grander still. Between the punches and knockouts comes a story about tradition and honour, as a child comes to recognise the vitality of the sport. More importantly, the film presents a history of England, replete with menace and flourish, detailing a country that’s as vicious, yet more colourful, than the Britain presented in crime opus Peaky Blinders.

It doesn’t hurt that the film features a vibrant performance from Gladiator (Ridley Scott, 2000) heavyweight Russell Crowe, now playing the mentor to both the characters and the audience. Crowe’s character instills wisdom at every passing opportunity, whether it’s offering some parable or encouraging his young padawan to deliver that most fatal of punches. The film, inspired in part by the exploits of prize fighter Jem Belcher, isn’t one for the fainthearted, but for the more liberal leaning, the story provides a more satisfying narrative experience than Sylvester Stallone’s emptier escapades as Rocky Balboa. 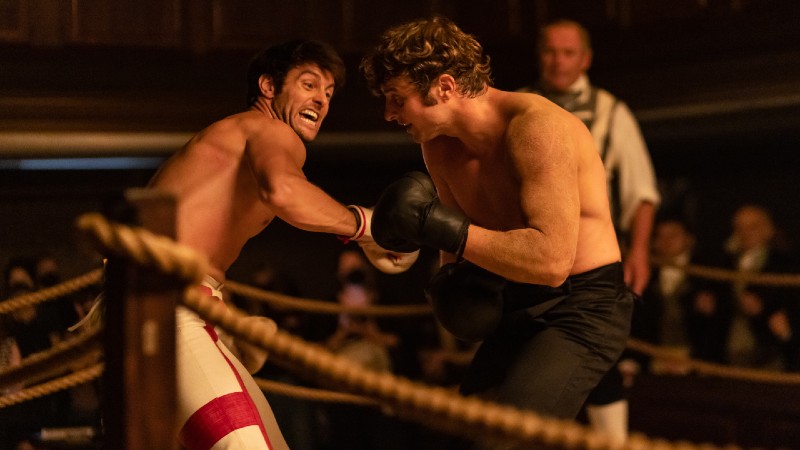 For writer Matt Hookings isn’t interested in spectacle, but story, and the emotional punches hit harder than the physical blows to the head. The film is a strangely spiritual one, equating the frenzy and rush of a boxing ring to the trials of growing up. Crowe hasn’t been this good in years, but the film also boasts another equally formidable supporting performance in the guise of Ray Winstone, who helps to coach the central character (only a boy when he decides to take on the sport) through a series of interesting setpieces and silhouettes

Hookings plays the older Belcher, and does with some restraint, allowing Winstone the flashier lines. The silence suits him, in an arena that’s more brawn than brain, delving into the boxing positions with brisk, almost balletic, ease. The real life son of a boxer, Hookings drives the punches with angular precision, packing his soul, his character and his strength behind every crack and punch.

The film isn’t perfect: There’s a distinct lack of visual flair, begging the question why the story was written for the bigscreen and not the theatre. Indeed, Prizefighter could work very nicely on the stage, especially since it centres on the battles on the body. But the performances, particularly from Crowe and Winstone, are laudatory, and at 106 minutes, the story doesn’t outstay it’s welcome, giving audiences the chance to enjoy this depiction of England, in a collection of taut, tense brushstrokes. Prizefighter is, for the lack of a better word, a prize story.

Prizefighter is on Prime Video on Friday, July 22nd.