"Dirty gem"
In this probing documentary with a sensibility akin to Oscar Wilde, a transgender playwright commits their most important tale to page and screen - in cinemas on Friday, July 15th; also available on Digital

It’s at times like Donna that I’m reminded of that wonderful quote pencilled by Oscar Wilde: “Be yourself, everyone else is already taken.” This was, after all, the same man who thought that “To live is the rarest thing in the world. Most people exist, that is all.” And yet both quotes seem pertinent to the existence of Donna, which is a tale about striving for authenticity in a world that is growing more superficial with every passing click and tweet.

The film focuses on Donna Personna, struggling to reconcile her true self with the image that she is best known for. Trapped in a world beyond her making or control, the film serves as her personal De Profundis, offering an essay that’s almost as lyrical as the tome Wilde completed during his stint as Reading Gaol. The film comes at a pivotal moment in history, battling the rise of transphobia in the United Kingdom with a story that’s more beautiful than anything famed transphobe Graham Linehan is capable of designing. What we find is something who is fragile, fed up and fiercely committed to their surroundings. 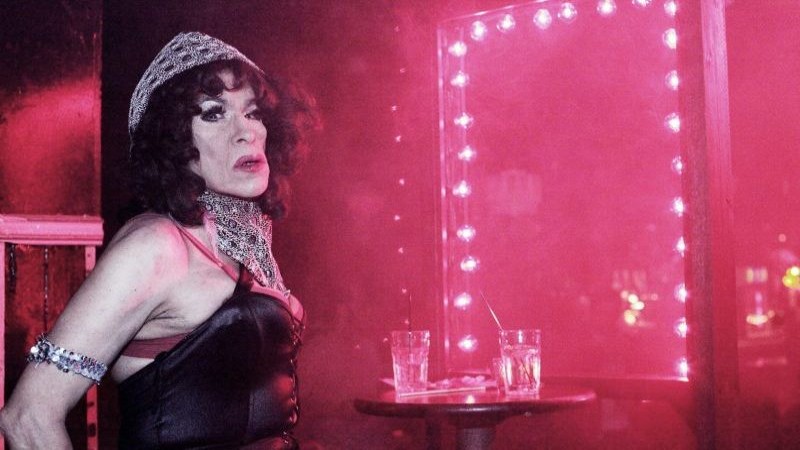 Cinema has long been the most intimate of mediums, and it’s to the film’s great credit that the camera lingers on the subject long enough to let their truth sing out. It’s the little moments that make the greatest impact, particularly during the moments where Donna pauses to find her thoughts, before relaying them in a way that’s accessible, tangible and ripe with introspection.
Donna discloses her memories of the transgender women battled police harassment, hoping that the play she is writing might pay tribute to their heroism. Employing the talents of a trans actor, Donna aches for authenticity in a genre that has traditionally veered towards stylism and opulence.

Through her efforts, she unwittingly opens up a new genre, and one that is deeply understanding of the task it has to play. Somewhere within this woman is the voice of a portraitist determined to let out their memories while they have the strength and the standing to do so. But it’s not the intellectual focus that makes this film so worthwhile. Instead it’s the frankness in which the lead character demonstrates her view on reality that earmarks the film as a worthwhile endeavour, especially in the closing moments. Like the people that came before her, Donna wants to be remembered. And with any luck, this film will help her in this crusade.

Donna is in cinemas across the UK on Friday, July 15th. Also available on Bohemia Euphoria.