"Mostly clean movie"
This typically Finnish tale ticks all the boxes of the national spirit, but failed to lift mine - from the 66th BFI London Film Festival

To say Finnish cinema is deadpan is a bit like saying water is wet. It’s not only a part of the national character, it is the default mode of expression for so many of their films; viewing the world from a slightly askew, whimsical and neatly framed angle. The Woodcutter Story at first feels like it could occupy the same world as Aki Kaurismäki: emotionless-seeming characters sat in dingy bars, weird dancing and an endlessly optimistic hero within a deeply cynical world. Unlike Kaurismäki however, I sensed little life between the frames while watching this slow, un-engaging story.

Our idiot, in the classical, literary sense, is Pepe (Jarkko Lahti), who, as the name of the film suggests, works as a woodcutter somewhere deep in the Finnish forest. Snow is everywhere in this film, caught in gorgeous widescreen images that seem to almost subsume the film’s characters. He’s not the kind of person to worry about his fate; when a convoy of sleek, black cars turns up and the suits start firing everyone in favour of building a new mine, he seems to be the only worker who thinks there has to be a good reason for such capitalist greed. The rest of the film tests his worldview against a world that is slowly fading from view.

Director Mikko Myllylahti, following up his screenplay for The Happiest Day in the Life of Olli Mäki with his first feature behind the camera, uses this catastrophic event to explore the nuances of this small village and its weird inhabitants. Violence, betrayal and plain strangeness occur one after the other, all told in a similarly reserved, slow style, bringing to mind Twin Peaks and its own collection of oddball townsfolk, or the Coen Brother’s Fargo (1996). The similarities to television are not unwarranted as The Woodcutter Story has an episodic and shoddy feel, Pepe tasked with being mostly a bystander to all the bizarre goings-ons, including unnecessary forays into science-fiction, revenge thriller and a tale-of-the-workers. 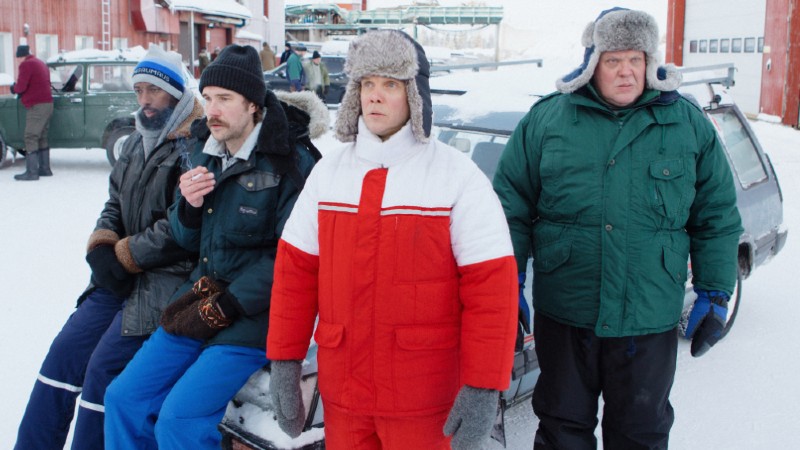 Not once did I feel like it cohered into something urgent, either philosophically, narratively or emotionally. Pepe is an inherently reactionary character, which would be fine if his resilience against catastrophe had a sense of purpose or a clear through-line; instead he encounters this series of unfortunate events with a variance of contrasting reactions, stemming from hopelessness to guilelessness to nothingness, making him frankly uninteresting to follow for the space of 100 minutes.

Compositionally, Myllylahti has a great eye for compelling frames, whether it’s capturing oppressive interiors or showing off the beauty of the countryside, showing characters at the front of the frame while the world around them feels too big for their small needs. Nonetheless, there are times when the film could’ve opted for a more direct, urgent mode of filmmaking instead of trying to keep an ironic distance throughout. Perhaps there’s some dream-logic I missed that ties it all together. I’m not going to spend my time trying to find out.

The Woodcutter Story played in Critic’s Week at the Cannes Film Festival, when this piece was originally written. It is out in the UK in October as part of the 66th BFI London Film Festival.

A nightmare train journey becomes a tale of human connection in this intriguing European co-production - on all major VoD platforms on Friday, May 6th [Read More...]

This nostalgic and bittersweet look at life behind the Iron Curtain radiates with charm — live from Tallinn [Read More...]

In a refreshing and welcomed twist on the rampant xenophobia intoxicating Europe, a Bulgarian postman campaigns to bring refugees into his ageing village [Read More...]