"Filthy genius movie"
This beautiful black and white short starring Victoria Lacoste is an exploration of love, feminine sexuality and finding joy in the solitude of nature, where music, film and art intertwine

The beautifully shot Renaissance by visual artist Penelope Caillet stars Victoria Lacoste and is set to the song “Billie Holiday” by Warpaint. The black and white aesthetic lends itself perfectly to the elegance and timeless quality of the film, which explores Victoria’s intimate and sensual relationship with herself amid tranquil surroundings.

In Renaissance the beauty of the feminine is paired with the beauty of nature: barred sunlight across a bridge, moss coating a tree, ripples on a lake shrouded in mist, and the forest, flowers and foliage. These natural images are used as metaphors for the enduring beauty, grace and autonomy of a woman celebrating her sexuality in solitude.

The film explores themes of intimacy, healing, and the love for oneself that does not depend on another. More than simply an actress observed, Victoria’s gaze is defiant, as she herself becomes the observer. For Victoria, sexuality begins with one’s intimate relationship with oneself, through an acceptance of our own imperfections. Renaissance suggests that solitude can help heal and reinvigorate us, and we can emerge stronger, wiser and healthier.

There’s a doubling that runs throughout the film: Victoria dances with her shadow, at the beginning of the film she’s dressed in a loose-fitting white dress, the next moment, she’s wearing only her shadow. Later, she wears a tighter-fitting black dress. There’s a dance at play here, between light and shadow, concealment and revelation, between motion and stillness. What’s more, Victoria is mirrored in the lake, just as the feminine is mirrored in nature. 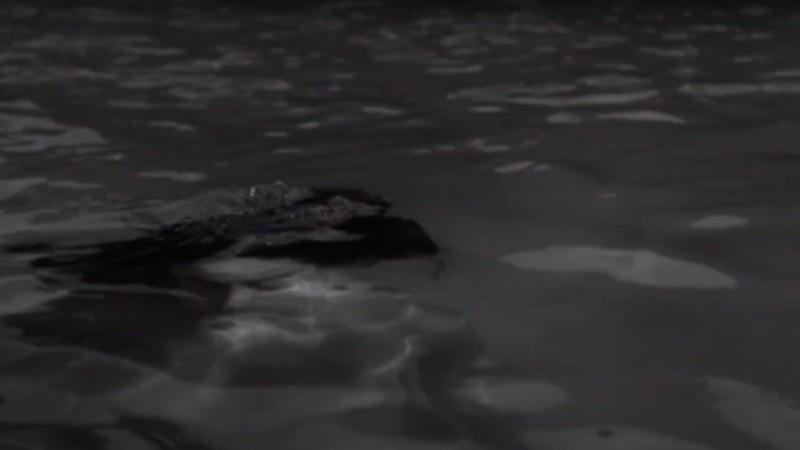 Other doubling effects are at work as well, as the film blends innocence and sexuality. Entering the lake could be a metaphor for a purifying ritual, or baptism, alongside the dishevelled and orgasmic dance that follows. Also, as well as joy, there are hints of affliction in Victoria’s eyes and in her furrowed brow, but they remain ambiguous and fleeting. It brings to mind the notion that pleasure and pain are bedfellows.

The film is set to Warpaint’s “Billie Holiday,” which is partly a reworking of the Motown classic “My Guy” by Mary Wells from 1964. The song is a double homage to two iconic female African-American singers, and complements the film perfectly, not only in terms of pace and tone, but also substance, with the lyrics advocating the faith that is at the heart of an enduring love. The lovers in the song are “birds of a feather” who “stick together like a stamp to a letter,” lines which mirror the integrity Victoria has in relationship with herself.

Renaissance is Victoria’s latest project, and her and Penelope enjoyed complete creative control. Other notable projects include more narrative-based films, such as Kesta Kesta, Asking for a Friend and The Fourth Wall, which is in post-production. Her career has seen her breaking away from her family tradition (the Lacoste fashion and sporting brand) as she is making a name for herself as an actress in her own right.

Renaissance, as its name suggests, is a film about rebirth, healing, the rediscovery of love for oneself and the free expression of feminine sexuality. It’s a reminder that love starts at home, and that societal assumptions about needing a partner to be fulfilled, and labelling solitude as negative, do not ring true. Let’s hope this marks the beginning of a renaissance for more projects by Victoria Lacoste and Penelope Caillet and other similarly beautiful shorts.