"Greasy movie"
The last nation to abolish slavery in the Western world is still grappling with racial equality, political, social and cultural representation - at the BFI Southbank on Saturday, May 7th

Joel Zito Araújo and Megan Mylan open their 2012 documentary Raça, with a stark contrast between the past and the present. Brazil celebrates its racial harmony and racial democracy, but we’re reminded of the country’s slave trade legacy. More African slaves were shipped to Brazil than any other country, and it was the last nation to officially abolish slavery in the Western world in 1888, eight decades after the US abolished the transatlantic trade of slaves in 1808, and the UK a year earlier.

A decade ago, Brazilians were confronting the reality of racial inequality. In a country with a population that’s 50% black, white women are celebrated for their beauty, and black actors were underrepresented in the media. The directors follow three individuals pursuing equality – Paulo Paim, the only black senator fighting for the congress to pass the Equality Rights Act, Netinho de Paula, a pop star who launches a television station representative of Brazil’s racial make-up, and in the rural countryside, Tiny dos Santos, a woman struggles to defend ancestral land rights. 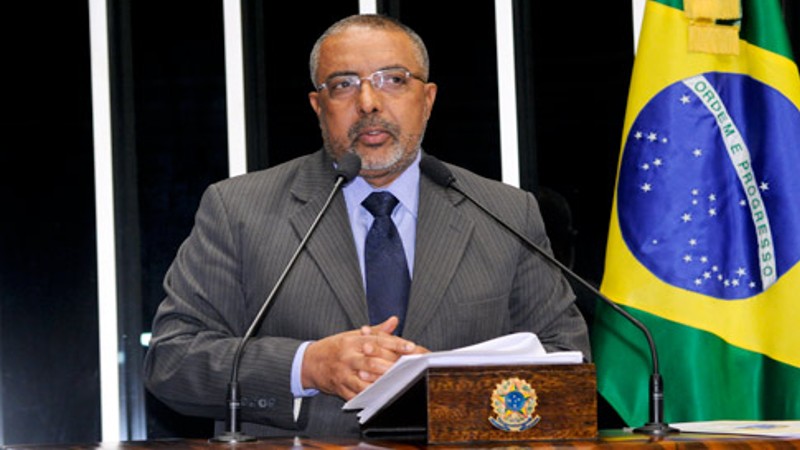 Raça takes us inside the mechanisms of the political machine, a fly-on-the-wall that watches the behind-the-scenes work that goes into bringing about change and progress. The political dimension of the film unfolds like a drama, watching as conservative forces threaten to upend what seems a good chance at passing the bill. The political thread is the film’s spine, but Araújo and Mylan’s focus on three threads, offers a complimentary insight. It reminds us that the political doesn’t function in a vacuum, there are social movements pushing for progress and fighting similar struggles.

This insightful documentary offers something to a conversation that addresses Brazilian civil rights and issues of social and cultural representation. It transcends firm geographical boundaries to engage an international audience, especially around its universal themes.

Raça shows at the BFI Southbank on Saturday, May 7th. The event is co-hosted by Victor Fraga from DMovies, and there will be a prerecorded introduction by senator Paulo Paim (pictured above) placing the 2012 film in the current political context of Brazil. Buy your tickets here. And don’t forget to check the screening of The Coup d’Etat Factory.

Black Brazilian teen draws inspiration from the Black Panthers in order to wage a battle against his racist and reactionary high school - UK premiere at the BFI on Saturday, January 22nd [Read More...]