"Greasy movie"
Young female becomes intoxicated by a male who treats people more or less the same way he handles cars, in this complex British psychological drama - on BFI Player on Monday, July 25th; also available on other platforms

Kate (Ruth Wilson) works in a depressing job centre in a bleak seaside town, where her clients swear at her using the f-word, her boss doubts her dedication to her job and her friend Alison (Hayley Squires) is worried that Kate is a total mess. Kate oozes vulnerability. She never gets anything entirely right. This is confirmed when a roughly handsome client – Blond (Tom Burke) – an ex-prisoner, walks into the job centre looking for help with finding a job. His adviser is Kate. He manages to talk her into going for an extended lunch break with him. This is strictly forbidden. Advisers are not allowed to date their clients.

Blond looks dodgy and soon proves to be just that. His possession of an expensive car, although he has just got out of prison, is odd and even less convincing is the quick, unromantic shag he gives Kate against the garage wall. Yet Kate accepts it and convinces herself that here is the boyfriend she has been looking for. Her capacity for self-delusion and passivity culminates in Blond borrowing her car for a business meeting and not returning it for a whole week, while she has left her flat briefly to buy food for breakfast.

Blond is exactly the sort of man your mother warned you about. Indeed, Blond is bad news for anyone, male or female. He relates to people as he relates to cars. Kate puts up with his heartlessness and, after he has returned her car, still says to him, “I want to be your girlfriend”. Blond, as the accomplished sociopath that he is, with a razor insight into people’s weaknesses, loses patience. “Are you a 12-year old girl?”, he snaps at her. He is right. Internally she is a 12-year old little girl looking for the man who will love her. It is the oldest of female fantasies as is the male fantasy of the superhero. These are objects to be attained – not dreamt about – and no one will do the attaining for you. 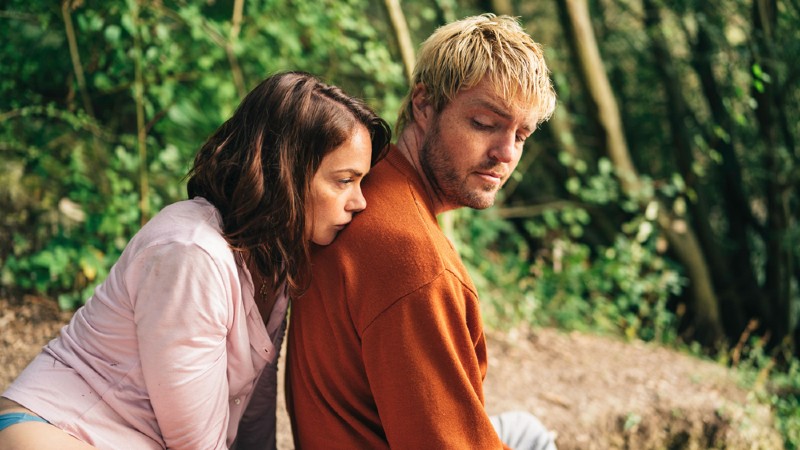 So, this film goes on in a not very satisfactory way, including an invitation to his sister’s wedding in Spain from Blond and an improbable proposal of marriage. You feel like shouting at the screen, “Oh, get a grip, girl!” The film is redeemed by the strong performances of the lead actors, Ruth Wilson and Tom Burke, who are thoroughly in control of their material.

True Things also seems to be viewing immaturity as a type of victimhood. Are all men as horrible as Blond? Yes, some are but sheep must always be sorted out from goats as in all things in life. The romantic tradition that dysfunction is some sort of protest still is alive and well in cinema.

True Things in in cinemas on Friday, April 1st. On Mubi on Thursday, June 23rd. On BFI Player on Monday, July 25th. Also available on other platforms.

Young couple grapples with IVF while attempting to keep the spark in their relationship alive, in this heartfelt yet emotionally draining British drama - in cinemas and on demand Friday, July 12th [Read More...]