Gazing into the abyss of dirty masculinity

Actress turned director Romola Garai’s feature début is a cry from femininity about the horror of what it is to be a woman in a patriarchal and misogynistic world. Ironically, she chooses to express this through the form of horror cinema, whose detractors label as misogynistic, and yet it can be said to hone in on the strength of femininity against unrelenting adversity.

Curiously, this cry comes through the attention to Tomaz (Alec Secareanu), an immigrant and ex-soldier from an unnamed country, trying to survive in London. Sister Claire (Imelda Staunton) offers him a place to stay with Magda (Carla Juri), a young woman whose days are devoted to caring for her ailing mother. In exchange for the rent free accommodation, Tomaz will maintain the decaying house. As he begins to develop feelings for Magda, he cannot set aside the feeling that there’s an insidious presence inside the mother’s room.

In conversation with DMovies, Garai discussed challenging a toxic version of masculinity film has been complicit in creating, the need for diversity in art, and the decrepit sense of national identity through the British aesthetic.

Paul Risker – How do you compare and contrast the creation of the character as a performer, to your experience as a writer and director?

Romola Garai – They’re incredibly different jobs that live in proximity to each other, but have very little in common. Acting requires almost a losing and negating of yourself, and directing requires a very intense connection with yourself, with your ego if you like. You first of all need to create your story and then fight for, defend and realise it against the odds, whereas acting is about stripping away yourself as much as possible in order to be part of someone else’s story. They’re both extraordinary things to do with your life, and I feel happier and more balanced as a person having a combination of the two, than just having one of them. 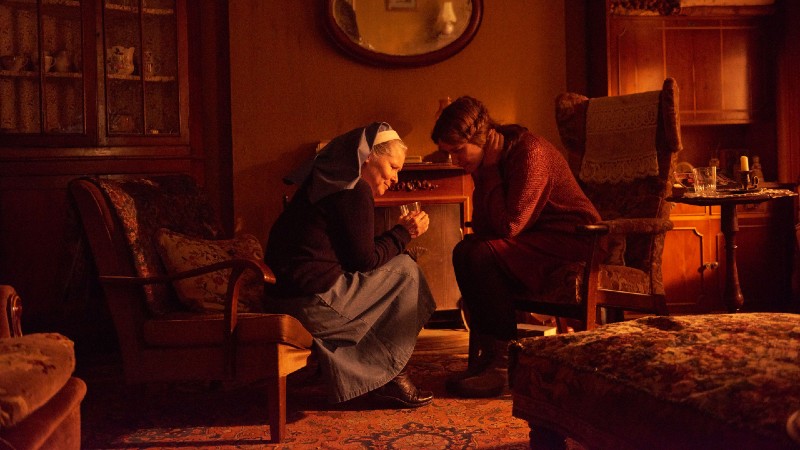 PR – What compelled you to believe in this film and decide to tell this story at this particular point in time?

RG – It’s a story about a version of masculinity I feel very angry is allowed to exist in the world, and I’d also felt very strongly that film had played a role in creating this myth of the male protector. My experience of being a woman is those men that fantasise about protecting women, are often very dangerous to women. They’re not the antithesis of the “evil man” that want to do women harm, they’re often the same person. The veneration of women, the idea of the perfect woman, and of woman being limited to a very specific idea, when they then diversify from that idea, those men are disappointed and angry. They take revenge on them, and that’s something film has collaborated in doing. A big part of me wanting to tell this story was to put a microscope on this idea and force the audience to collaborate, before pulling the rug out from under them.

PR – How can film as art challenge its complicity in creating negative ideas around gender?

RG – My view is that the experience of watching something should be challenging. It should force you to confront some part of yourself, and if no part of you is critically engaged, then you’re watching entertainment, which is a completely valid thing to do with your time. I put my kids to bed and I have a glass of wine, and I don’t necessarily want to be morally challenged every time I turn the television on, but there needs to be a space for both.

My worry is that sometimes things that I see as entertainment, are venerated as art, but art should always be asking difficult questions, doing interesting things stylistically, and defending new and bold ideas. This has obviously been a big conversation in our industry, and you’re more likely to get that with the largest possible range of people telling the stories. If the stories are only being told by one kind of people, it’s not that you’re never going to get new ideas, but you’re less likely to.

PR – You’re not talking about creating elitism or a classist approach to how we receive art. It’s about understanding the nuance between pleasure and the critical engagement.

RG – Obviously they’re not mutually exclusive. You can have both in a film, but if there’s no part of you that’s being critically engaged, then I don’t think it’s elitist to say that’s entertainment. It’s also important to say that a film doesn’t have to be lacking in any kind of pleasure, or desire to watch it, in order to be art. Eventually you’d end up with a sophisticated balance of the two, which most filmmakers do. My worry is when you’re watching something that seems to have no critical element to it whatsoever, and it’s being held up as art.

PR – On the surface Amulet (2020) is emotional, but with ideas and themes present beneath the surface around revenge and forgiveness, recurring cycles of violence and suffering, that feed an intellectual reading. 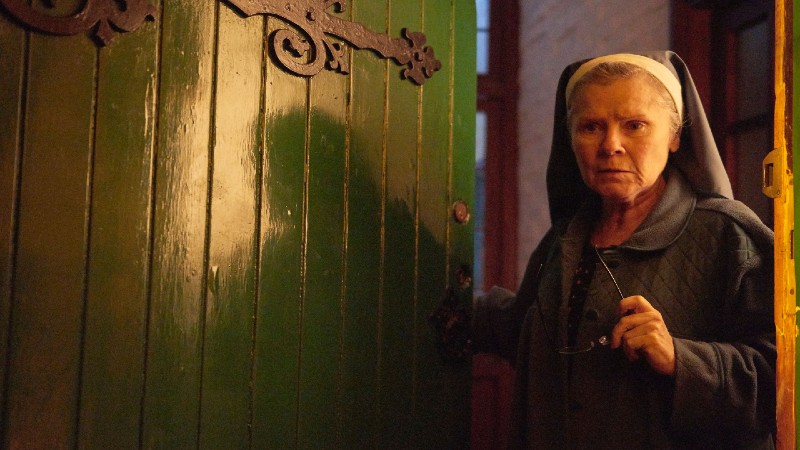 RG – It was an unusual process because I wrote it and then went into development very quickly. There’s a rawness to the ideas in their meaning. They’re unformed, and they’re also raw in that they’re violent. Then there are the more intellectual ideas about forgiveness and how it’s often used in terms of religion, particularly to protect men and to hold up the patriarchy. These are things that are laid over this rage that exists underneath.

In terms of how much I want people to understand it, when I watch a film, and particularly with horror, I tend to have a strong visual reaction to what I’m seeing on the screen, usually the visuals and experiencing the tension of the film. Those are the things you exist with when you’re watching it, and then afterwards you engage your critical faculties.

I thought a lot about Dead Ringers (Cronenberg, 1988) when I was making this film, not because they’re similar in any way, but because Dead Ringers is a film I found extremely intense. I cried at the end, and I didn’t know why I was crying when I was watching it. I didn’t consciously understand that it was a film about love for your sibling, and the essential psychic break that has to happen when you move away from a close relationship with your sibling. I guess that’s what I mean when I talk about horror being something that exists on a primal level while you’re watching it, then afterwards, it requires that second experience when you’re walking home from the cinema, or when you wake up the next morning, and you’re thinking about the film. Cinema works on two different levels.

PR – One of the tantalising things about Amulet is the friction between a dark and dank vision that leans towards British social realism, and yet also feels European.

RG – Hellraiser (Clive Barker, 1987) was a reference for us. I definitely wanted the film to feel grounded in a British aesthetic. It’s something obvious, but in every home in Britain there’s that black mould around the windows. The fact of growing up in a damp country and what that does to our houses, the corrosive effect of that dampness, was something we talked about with our production design. Subsequently, His House (Remi Weekes, 2020) is making similarly interesting comments about the corrosion of our victorian or turn of the nineteenth century buildings, a corrosion of our natural character in the way that we see ourselves as a nation, and drawing a parallel between those two things. It’s interesting because Tomaz is an outsider, and he suffers as a result.

Romala Garai is pictured at the top of this article. The other two images are from Amulet.

Amulet played at Arrow Video FrightFest Halloween 2021 and is released theatrically in the UK from Friday 28th January 2022 by Republic Film Distribution.

An ex-soldier takes up a job as a carer for a woman and her dying mother, only to encounter an insidious presence in the house - British horror by actress-turned-director Romala Garai is on VoD on Monday, February 28th [Read More...]