Rupert Wyatt’s The Gambler is a dirty masterpiece!

The 2014 crime drama takes a very dirty look at the art of gambling, with a delicious Mark Wahlberg playing an addicted literature professor

Movie-lovers who enjoy a real casino thrill know Rupert Wyatt’s The Gambler” reasonably well. Starring Mark Wahlberg as the protagonist, Jim Bennett, the film toys between a man’s obsession with gambling and his desperate hope for inspiration.

Despite his high-power role as a literature professor, Jim Bennett is somewhat of a risk-taker who spends all his money and his time at the casino – and ends up owing a lot of money to people with whom you don’t want to mess.

Rupert Wyatt was keen to remake the original 1974 film and modernise it with plenty of action and a fantastic movie cast. Besides Wahlberg, the role of Bennett’s mother is played by Jessica Lange. Frank – the crime boss – is played by John Goodman, while Brie Larson portrays Bennett’s girlfriend. Though Wyatt retained the original storyline and theme of the 1974 movie, he turned it into a tremendous dirty movie with a fascinating plot that is more of a thriller than anything else. Though not quite the best horror movie, it certainly has its audience on the edge of its seats.

Naturally The Gambler obviously includes abundant casino scenes. Jim Bennett is a high-stakes gambler who bets everything after borrowing money from gangsters, offering his life in return as collateral.

The plot of the movie follows Bennett, who always seems to be one step ahead, setting his creditor against a gambling ring’s chief and getting lost in the underground gambling world and gleaning the attention of a loan shark called Frank, who has somewhat of an interest in Jim Bennett’s future. These casino scenes are fierce, thrilling, and have a modern edge.

Whenever we picture casinos, we often visualise beautiful, wealthy people swarming around in crisp tuxedos and chic dresses against the bright lights and commotion of a Las Vegas or Monte Carlo casino.

This imagery is an excellent backdrop for a gambling movie as it shows the audience that they can dream about being a part of that world for as long as the movie is playing. There are heart-stopping moments when you’re with the characters as they’re about to win the jackpot or lose; the audience experiences the rush of adrenaline as if they were there taking the risk alongside them. Let’s face it. If Bennett were just sitting online with his laptop or phone searching for casino apps Canada, we wouldn’t be on the edge of our seats! The best casino scenes appeal to people due to escapism and glamour. Many people fantasise about being Danny Ocean from Ocean’s 11 (Steven Soderbergh, 2011) or Vesper Lynd and James Bond in Casino Royale (Martin Campbell, 2016). Jim Bennett in The Gambler is no different. Casinos are exciting and enthralling. 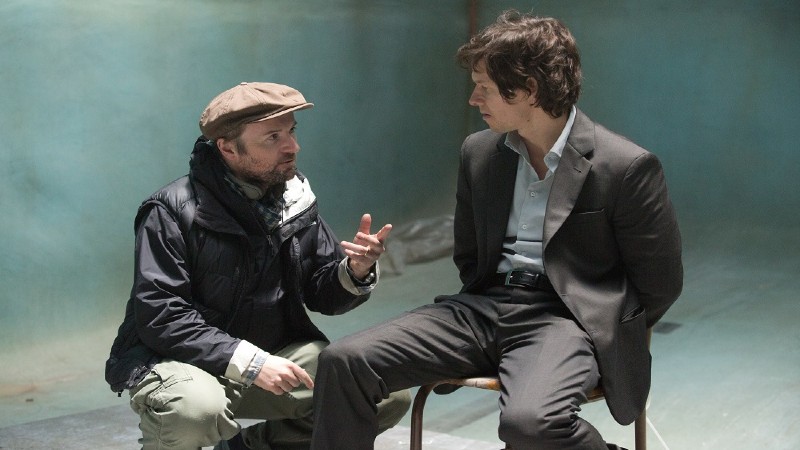 One notable scene in The Gambler is when a beaten-up Bennett enters a dark, underground casino to place the bet of his life. The red leather bag holding a huge amount of cash is iconic and reminiscent of the blood-red danger that Bennett finds himself in. As he begins to unpack the mounds of cash out of the bag, attention draws onto him from other guests in the room. The volume drops, the faces stare as he continues piling the bundles onto his forearm, and all you can hear is the noise of the bundles stacking on top of one another. Sound and silence are a vital feature of this scene, and as Bennett says, “all on black”, there’s a notable gasp. It’s a 50-50 chance as you hear the ball turning out of sight while looking into Bennett’s eyes as he stares ahead, the camera panning in close. The wheel slows, revealing the ball has landed on 22 – black. Bennett sighs and steps back, and the noise picks up again. Bennett walks over and declares, “I’m not actually a gambler” before the scene ends.

Another notable scene is when Jim Bennett simply can’t stop gambling. He gains attention at the blackjack table, eventually winning and taking away a large pile of chips only thirty seconds later to bet it all on black at the roulette table. He, of course, loses this bet and loses the large sum of money he amassed at the blackjack table.

A masterpiece of dirty cinema

The Gambler offers a different take on gambling. Bennett is not just addicted to the act of gambling itself but to the thrill of being so close to winning everything and so close to losing everything at the same time. Wyatt depicts this brilliantly as he creates intense scenes that leave the viewers on the edge of their seats, not knowing which way the bet will go.

Almost without exception, The Gambler’s dialogue is testosterone-fuelled, hyper-articulate, and caustic, with profanities thrown around casually. There is a somewhat underdeveloped notion of Bennett sinking in excess through the use of surreal water imagery. Still, part of the beauty of The Gambler is that Bennett’s character simply gets more and more self-satisfied and doesn’t deepen in terms of his emotional state, contrary to what is expected of a gambling movie.

Ultimately, The Gambler examines an unmanageable addition and its alienating effects, something that is rarely seen in mainstream cinema. The parting shots offer a certain satisfaction as an incredible feat for Wahlberg’s character as an antihero.