Plaza plays the titular Emily, a low-paid service worker trying to move up in the world. Due to criminal charges, the high-paid work is seemingly closed off for her. The predicament depicted is sadly far too common for many Americans. She gets offered a chance to make some extra income by doing a very low-level crime where she uses a cloned credit card to buy an expensive TV, getting $200 from the sale. Gradually she starts doing more, and doing it more often, and becomes closer to taskmaster Youcef (Theo Rossi).

The film completely hinges on Plaza’s performance, and she knocks it out of the park. She skilfully portrays a woman who is frustrated by an all-too-familiar situation that has her trapped. She isn’t necessarily likeable, but she has an edge that makes you root for her in the end. It’s the kind of role Gena Rowlands would’ve absolutely killed in during the ’70s. Just lie Rowlands’s best performances it feels very lived-in. 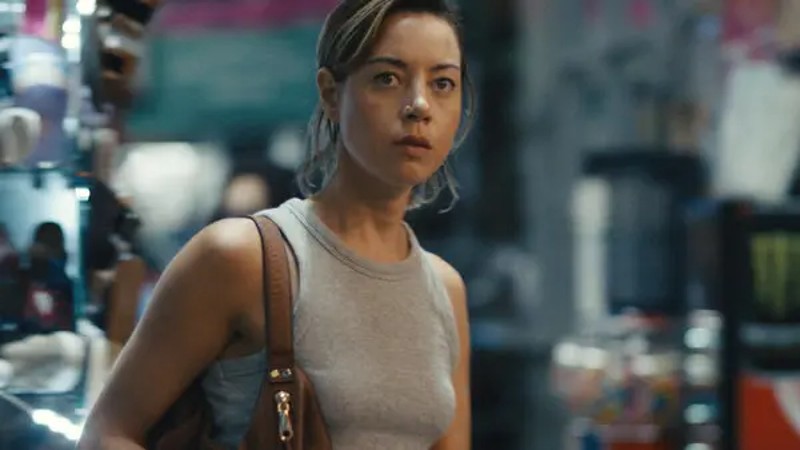 Ford is a master of tension throughout: the early scenes of Emily’s crimes just ramp up the pressure, with the score, the editing, and Plaza’s performances creating a palpable sense of excitement, but also an amount of stress that reverberates from the character out to the audience. The sequence where she buys a car with one of th cloned cards is the real standout. It’s not as extreme as Uncut Gems (Safdie Brothers, 2019) in this department, but that’s the most recent film you could compare Emily the Criminal’s energy to when the film is at its climax.

On the downside, the final act starts to falter, and the film gets conveniently wrapped up in a conventional way, without the gut-punch factor. Still, Emily the Criminal is an impressive debut that has something to say about the way capitalism wears people down. People who are simply trying to make honest cash can find themselves trapped into activities that they wouldn’t otherwise dream of, whether it’s prostitution, robbery or, in this film’s case, buying high-value items with cloned credit cards.

Emily the Criminal has just premiered at the Sundance Film Festival, when this piece was originally written. It is out in the UK in October as part of the BFI London Film Festival.