When The Trees Fall

"Greasy movie"
The rural landscape is an enchanting force, in this Ukrainian drama about love and criminality - watch it online for free during the entire month of December with ArteKino

Part gritty, part fairytale, When The Trees Fall is a promising feature debut from director Marysia Nikitiuk. It centres on Larysa (Anastasiya Pustovit) and her little cousin Vitka (Sofia Halaimova), both of whom live with their grandmother following the death of Larysa’s father. Larysa is madly in love with troublesome heartthrob Scar (Maksym Samchyk), but their relationship is tested when his life of crime intensifies.

Right from the opening sequence When The Trees Fall reveals its greatest strength – the cinematography by Michel Englert and Mateusz Wichlacz. The opening vistas are sublime, and they continue to be throughout – the forest surrounding Larysa’s village looks fantastical without the need for visual effects. Much like Picnic At Hanging Rock (Peter Weir, 1975), the rural landscape feels like an enchanting force. Low-budget films tend to struggle the more visually ambitious they are, but When The Trees Fall impressively avoids this for most of its runtime.

As well as capturing the entrancing quality of nature, the film’s visuals also convey the harsh, urban landscape surrounding the village. This is where Larysa’s abusive mother lives and where Scar’s gang run an ill-fated errand. One world is enchanting, whilst the other is mired in oppressive, post-Soviet gloom. These visual touches are not superfluous because they emphasise the narrative thread of needing to escape from miserable environments – given the city is as drab as it is, no wonder the protagonists find solace in wondrous woodland.

When The Trees Fall works as a sensory experience more than a narrative one. Its characters spend much of the runtime indulging in steamy sex and brutal violence. Nikitiuk’s heroes are primal, and so is her film. It doesn’t always need to make sense – it aims to elicit a visceral reaction and largely succeeds. Many of the more colourful scenes demand strong performances – the characters are often exposed or engaged in outlandish situations. Or both – the mud-drenched sex romp stands out. The cast rises to the challenge, especially Anastasia Pustovit, whose portrayal of Larysa is the most consistently engaging performance in the film. Even when the narrative strays into strange territory the intensity of Larysa’s emotions keep us interested.

Ultimately, When The Trees Fall is primarily enjoyable for its luscious cinematography. It is aided by Pustovit’s strong lead performance and a youthful, devil-may care attitude.

Watch When The Trees Fall for free during the entire month of December only with ArteKino. 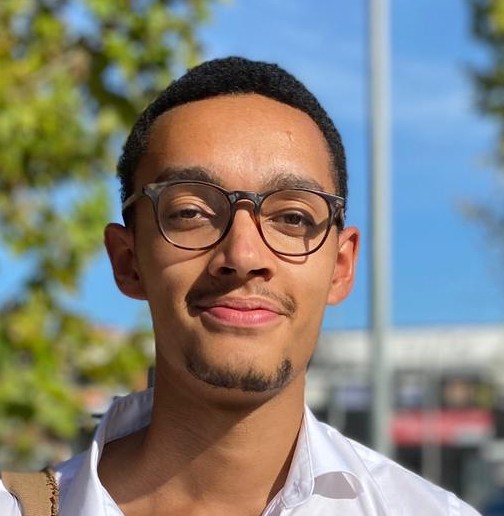 LOMO – The Language of Many Others

Drifting in and out of reality, the frustrated Karl finds greater solace within the privacy of his room than he does in the world outside - watch it for free online in December only with ArteKino [Read More...]

Wheelchair-bound woman has to sue her own family in order to undergo gender reassignment, in this sympathetic Polish doc about struggle and acceptance - watch it online for free during the month of December only with ArteKIno [Read More...]