The 25th Tallinn Black Nights Film Festival showcased the very best world cinema during 17 days, with three journalists from DMovies unearthing the dirt from underneath the black carpet, in an event that takes pride in embracing darkness

The 25th edition of youngest and most recent film festival to receive A-list accreditation has come to and end, after showcasing nearly 500 films from every corner of the planet. Two journalists from DMovies, myself and Redmond Bacon, attended the Tallinn Black Nights Festival (also known as PÖFF) in person, with a very useful helping hand from Paul Risker, remotely from Birmingham. In total, we published 52 pieces, including articles, reviews and two podcasts. We watched and reviewed every single film in the main Competition and also in the First Feature Competition – see our review archive for the full list.

The Festival takes place in Estonia at a time of the year when darkness prevails both indoors and outdoors. PÖFF wholeheartedly embraces this darkness, boasting about the nation’s charming black nights. The red carpet has been aptly adapted, and guests are instead asked to walk on the black carpet!

I covered the main Competition strand of the event, which showcased 19 diverse films from every single continent. My favourite dirty movie was the Chilean drama A Place Called Dignity (Matias Rojas Valencia), about a real commune in Southern Chile founded by a Nazi soldier, where children were routinely violated and murdered. The institution was protected by Pinochet’s equally abusive regime. I was also rooting for Belgian Animals (Nabil Ben Yadir), a visceral and bestial portrait of modern-day homophobia, and the deeply poetic Colombian A Vanishing Fog (Augusto Sandino), about a mountain community succumbing to capitalistic ambitions. None of my personal favourites took home one of top prizes!

The Best Film Award, PÖFF’s Grand Prix, went to the biopic of the permanent outsider, German writer and filmmaker Thomas Brasch, in Andreas Kleinert’s Dear Thomas (pictured below). The movie also won Best Actor (for the protagonist Albrecht Schuch). Best Director went to Polish filmmaker Wojciech Smarzowski for The Wedding Day, a movie that inconveniently blends celebration with the memories of ethnic cleansing. Best Cinematography went to Turkish The List of Those Who Love Me (Emre Erdogdu), with a sharp black and white photography recalling Scorsese and Godard. Quiet Finnish love triangle romance The Wait (Aku Louhimies) snatched the Best Original Score prize, while Sofia Krugova won Best Actress as the super clever granddaughter in No Looking Back (Kirill Sokolov) – a lovely film if you enjoy watching women viciously attacking each other. On a less explosive note, Bolat Kalymbetov’s Mukagali (about Kazakhstan’s most famous poet) won the Ecumenical Award. Hungarian Perpetuity (György Pálfi) won Best Design – the film portrays a post-apocalyptic Europe devoid of hope and solidarity. 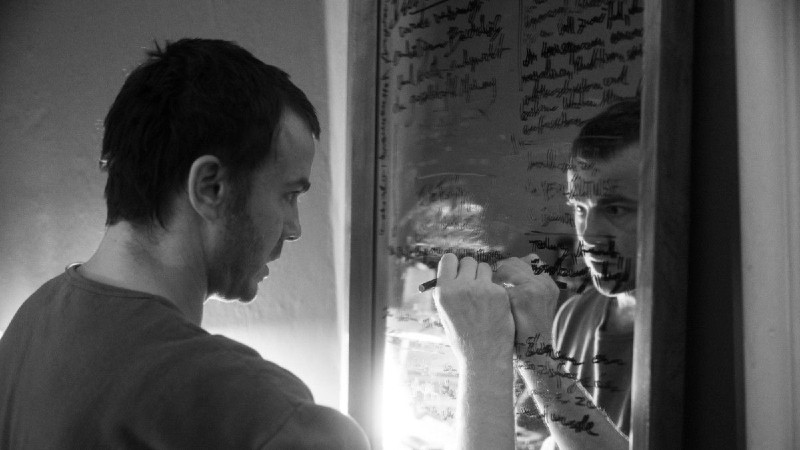 It is incredible that such a small country holds such a diverse and international film festival. And the best of it all is that the action happens within walking distance. Most guests stay at the impressive Nordic Forum Hotel, where you can meet filmmakers, producers, actors and all sorts industry professionals who have flown to Estonia for PÖFF and also for the Industry@Tallinn & Baltic Event. The perfect place for watching film, networking and finding new business opportunities.

The quaint historical town is literally a stone throw’s away from the Nordic and also from the Coca-Cola Plaza, where the majority of screenings take place. If you have the time, pay a visit to the country’s second largest city Tartu. The old medieval town, which is home to one of Eastern Europe’s oldest universities, also hosts PÖFF screenings, and it has been selected as the European Capital of Culture in 2024.

Don’t forget to click here for Redmond’s take on the First Feature Competition.

Listen to our podcast and find out how Festival Director Tiina Lokk reacted upon finding out that the PÖFF Tallinn Black Nights Film Festival received A-list accreditation, putting it on a par with the likes of Cannes, Berlin and Venice.

The picture at the top of this articles was taken from the Baltic Competition.

The Tallinn Black Nights Film Festival turns a quarter of a century with a diverse film selection, which firmly establishes the Estonian capital as a city of world cinema [Read More...]