"Dirty gem"
A young European woman marries an Afghan man and moves to Kabul to start a family, only to clash with the cultural customs - Czech animation premiered at Raindance.

For someone to up sticks and move to Afghanistan without considering the consequences requires more understanding of character motivation than Herra’s (Zuzana Stivínová) single line about wanting a large family, which is surely easier to achieve by other means than relocating to what is essentially a warzone. Fair enough she falls in love with Nazir (Haji Gul Asir), but when she finds herself in Kabul missing the freedoms she took for granted one wonders what she was expecting.

It is through her naive eyes that the movie examines an impressive cross-section of issues in Afghanistan, from the hardships imposed by the American occupation to the treatment of women and outsiders. The film finds solace in the relationship between Herra and her adopted son Maad (Shahid Maqsoodi), both of them struggling to belong in a society with such strict roles and boundaries, where the state and its religion has so much control over the lives of its citizens.

We see how the violence of the state informs that of the family, eroding the separation assumed under Western liberalism. Even though the picture’s patriarch is a progressive who insists upon education and respect for his female relatives, his authority is superseded with heartbreaking repercussions for his family. But if the domestic is political then a small act of familial rebellion can be revolutionary, and My Sunny Maad has its characters learn the spiritual and political value of disobedience. 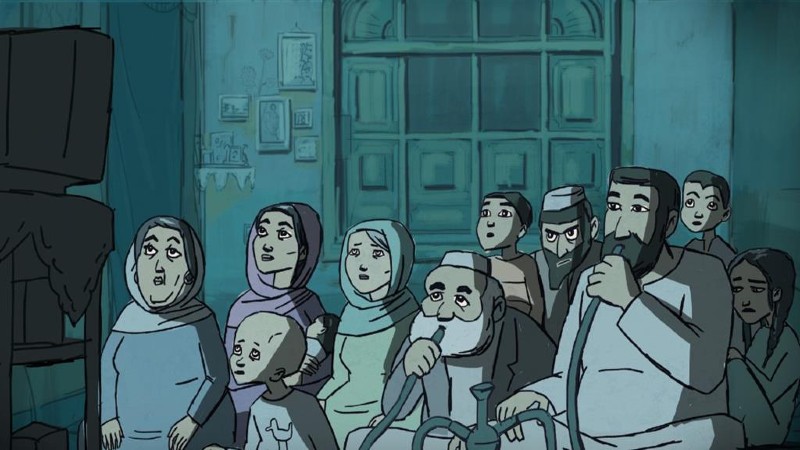 As in the brilliant Kabul-based animation The Breadwinner (Nora Twomey, 2017), the movie grows darker and more violent as it progresses, shedding its early flights of whimsy to make way for sad, painful reality. It ends on a tough note that is fitting given the real situation in Afghanistan, retaken by the Taliban with an even bleaker outlook for women.

Though it offers no easy solutions, My Sunny Maad imbues its characters with emotional strength and paints them in loving 2D animation. The outcome is imperfect yet intriguing, a bold film about belonging, compromise and defiance, where family can thrive even if it means a break from tradition.

My Sunny Maad premiered at the Raindance Film Festival: