"Greasy movie"
Documentarist get skin-crawlingly close to three alt-right figureheads, revealing how their white supremacist views moved from the fringe to the mainstream - from Raindance

The first feature documentary produced by The Atlantic, White Noise follows three “alt-right” figureheads in the aftermath of Donald Trump’s presidential victory. They are neo-Nazi Richard Spencer, supplement salesman Mike Cernovich and YouTube Islamophobe Lauren Southern. All three are white supremacists, two are married to people of colour and one is living with his mother.

Director Daniel Lombroso gets skin-crawlingly close to his subjects, examining their motives (hatred, fame and profit) and their legacy (a failed presidency and a trail of dead bodies). The film looks at how their views have moved from the fringe to the mainstream, and is unlikely to reverse that shift, but Lombroso is less interested in debunking their politics as revealing their desperation.

The central thesis is summed up in the opening quote from James Baldwin: “I imagine one of the reasons people cling to their hates so stubbornly is because they sense, once hate is gone, they will be forced to deal with pain.” That is not to say the film elicits sympathy, on the contrary it destabilises the movement to understand the fragility of its leaders. It is hardly surprising when infighting erupts so quickly after Trump’s election (as it did among his staff), the inevitable outcome of an ideology built on such delicate egos.

It does not take long to realise that who we are dealing with here are narcissists and sociopaths, not just in Spencer’s rallies in rooms full of Sieg Heiling men who look like him, but in the chillingly calculating off-hand comments that Lombroso captures. Cernovich readily admits he is only in the hate speech racket for the infamy, and refers to Nazis and “a dead girl” (meaning Heather Heyer, killed in the white supremacist attack at Charlottesville) as “liabilities” to the success of the movement. 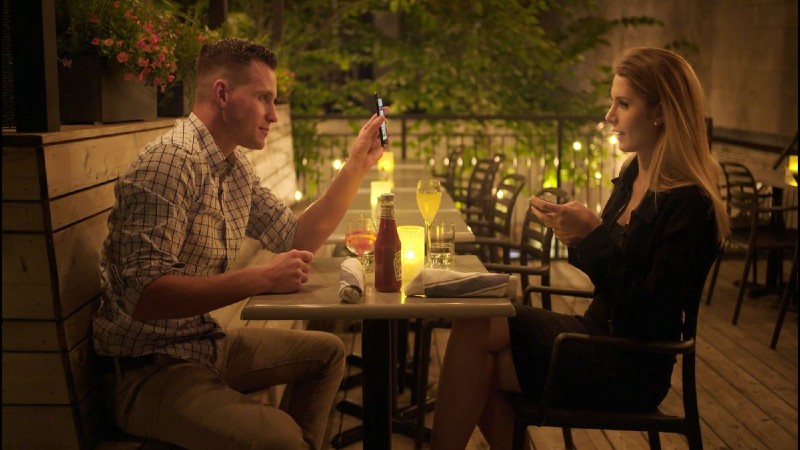 A common thread is a dystopian obsession with “breeding” in order to preserve the white population. Vice co-founder Gavin McInnes (who is married with children) urges an audience to stop “sowing your wild oats” and start raising families, before hitting on Southern in the next scene. This hypocrisy raises its head almost as often as Spencer gets sued.

Southern is the only one to demonstrate a degree of empathy (or really any emotion beyond anger or self-pity), but even she refuses to take any responsibility for the surge in racist violence across America. They all claim to have been misinterpreted, as though everyone missed the subtle ambiguity of slogans like “Fuck Islam” and “Jews will not replace us.”

White Noise paints the trio as sad individuals who have had their day, but never really asks why they were embraced by the media in the first place. What makes it a successful documentary is that it leaves these people exposed in ways that make you wonder what it was they thought they were filming. When Spencer concludes, “I don’t want to be a beautiful loser,” he will be pleased to know there is nothing beautiful about him.