"Dirty gem"
In this probing confessional, a frightened Lebanese gay man makes peace with his past - documentary premieres at Raindance

Although he was best known for his comedies, Oscar Wilde’s most honest came in the form of a letter, later published under the title De Profundis. Fuelled by the betrayal of his loved ones and his family, Wilde committed many of his most unvarnished thoughts onto paper as a way of exorcising any demons that were still swirling in his brain. Fast forward one hundred years, and another gay man uses this same method to move on from his past failings. What makes Miguel’s War so astonishing to watch is its unflinching resolve to allow Miguel Jeleaty the chance to tell his story without shame or embarrassment.

The son of a strict Catholic father, Jeleaty watched streets demolished during the Lebanese War. LIke many gay men growing up in a war zone, Jeleaty had no one to trust, and couldn’t turn to the support of his Syrian mother. Electing to join the army, Jeleaty did what he could to leave his “tendencies” behind him, but try as he could, he could never abandon the person he was meant to be. When he arrived in Barcelona, he opted to change his outlook, and adopted a more progressive standpoint, channelling the gay man to influence his life choices and directions.

We don’t often get to see someone speak so nakedly about their lives, and Jeleaty’s story is extraordinarily brave to watch. It would be unfair to say he’s happy with the direction of his life-we sense that he carries the hurt he inflicted on those near and dear to him- but what we get is someone as unashamed in their personal narrative as Wilde was in his. 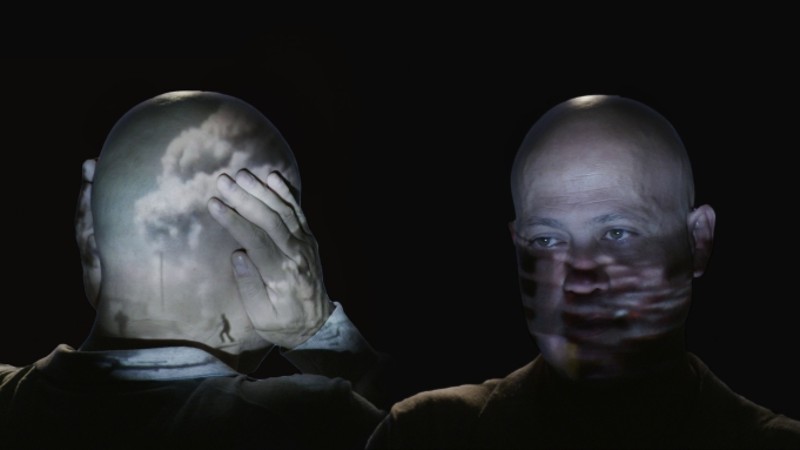 Barely off screen for a minute, Jeleaty has to carry the weight of the documentary entirely on his own shoulders, and in one beautiful montage, dresses himself up in kaleidoscopic red scarves. Testing the limits of his body, Jeleaty is keenly aware that he’s testing the parameters of his viewers as he does so. But it’s only by pushing audience limits that societies progress, and the fact that Jeleaty is open to this type of scrutiny makes him worthy of our intellectual time and energy, Wild and Jeleaty might be two voices who voiced their dilemmas to the world, but there’s a whole wealth of vulnerable gay people out there in the world who need our support and friendship. And if this film helps anyone else find their voice, and come out with their struggles, then it’s all the richer for it.

Miguel’s War The film premiered earlier this year in the Panorama section at the 71st Berlin International Film Festival, where it won the Teddy prize, and took second place for the Panorama Audience Award. It shows at the Raindance Film Festival, which takes place between October 27th and November 6th.