"Greasy movie"
Clio Barnard's new drama illustrates the contrasts, the conflicts and also the joys of a multiracial couple in Bradford - on all major VoD platforms on Monday, May 23rd

The titular characters begin an unlikely relationship in Clio Barnard’s new drama about a British-Pakistani DJ and an Irish teaching assistant, navigating their disapproving families in the filmmaker’s beloved Bradford. The romance seems equally unlikely for the director of Dark River (2017) and The Selfish Giant (2013) but has its share of gritty elements, namely mental health, domestic abuse and racism, albeit more along the lines of My Beautiful Launderette (Stephen Frears, 1985) than Tyrannosaur (Paddy Considine, 2011).

The pair meet when Ali (Adeel Akhtar) collects his tenant’s child from school, single-handedly rehabilitating the image of landlords everywhere. He gives Ava (Claire Rushbrook) a lift to her house on the wrong side of the tracks while bonding over punk on the radio. Never mind the Buzzcocks, it’s their conservative families they have to worry about, not least because Ali has kept his separation from his wife (Ellora Torchia) a secret.

This is a film of contrasts, not just between rap-loving Ali and folk-fan Ava, but also in the joyous days, lonely nights and conflicted characters. Both have an outer strength and exuberance that hides different types of scars, reflected in the cinematography that turns at dusk, and musical shifts from extroverted electronic dance music to the plaintive cry of Bob Dylan. 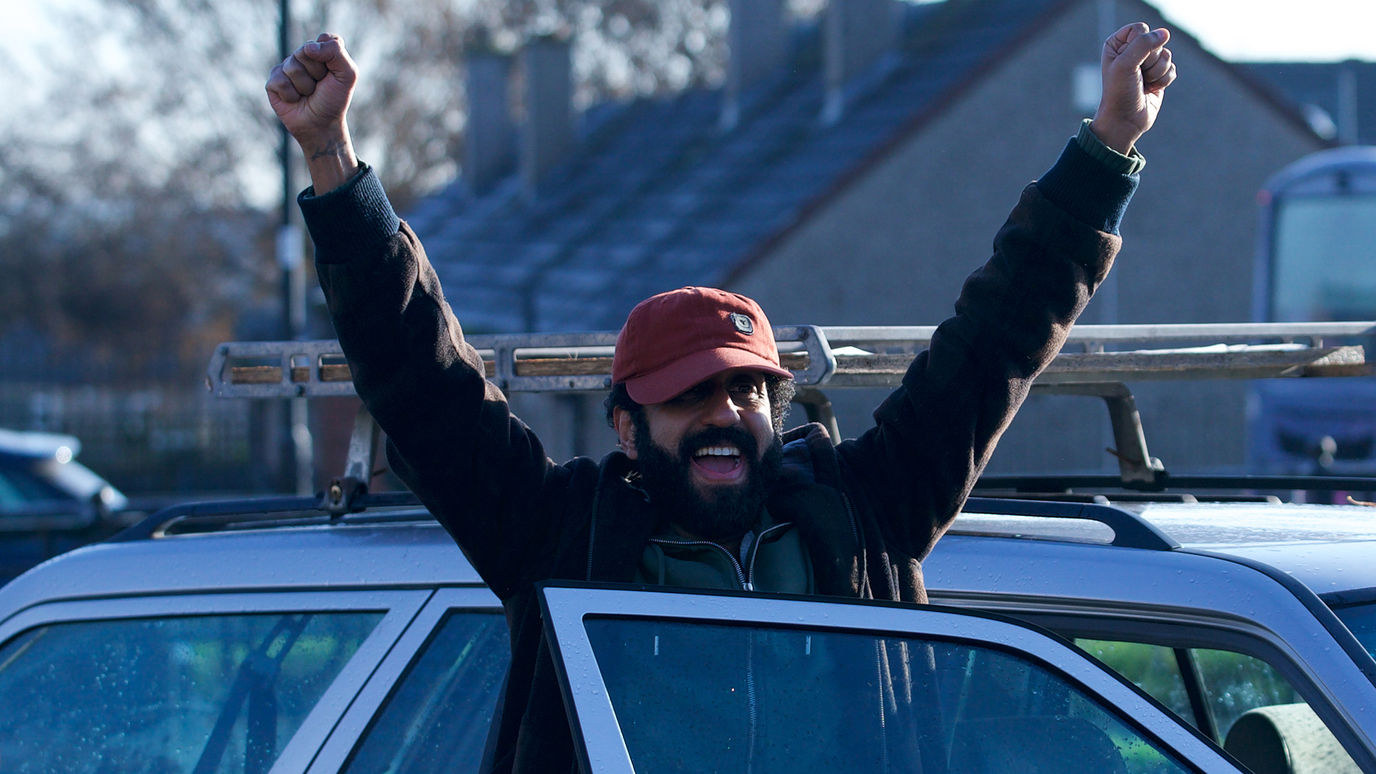 One scene becomes a makeshift silent disco as Ali listens to dance and Ava country music on their respective headphones. The sound keeps swapping from one to the other, giving both perspectives at once, emphasising their similarities as much as their differences. They eventually settle on two-tone (what else?) but like its usage in This Is England (Shane Meadows, 2006), racism is never far away.

The comparison ends there since Barnard’s film is quite gentle and easygoing, thanks to the effortless chemistry of its ska-crossed lovers. As in the BBC series Back to Life, Akhtar exudes warmth and good humour, with vulnerability beneath the surface,which makes you fall in love with him. Rushbrook is similarly layered, conveying just as much emotion with less animation. Together with Barnard’s funny, natural dialogue, their compatibility makes you root for this charming and realistic relationship.

As a snapshot of multicultural Britain, Ali & Ava falls short of a quiet revelation like Rocks (Sarah Gavron, 2019), maybe feeling slight in the wake of Dark River. It is an entirely different beast, less mud and misery, more Waterstones and pot noodle, where loveable, believable characters yield an unusually tender and hopeful slice of social realism.